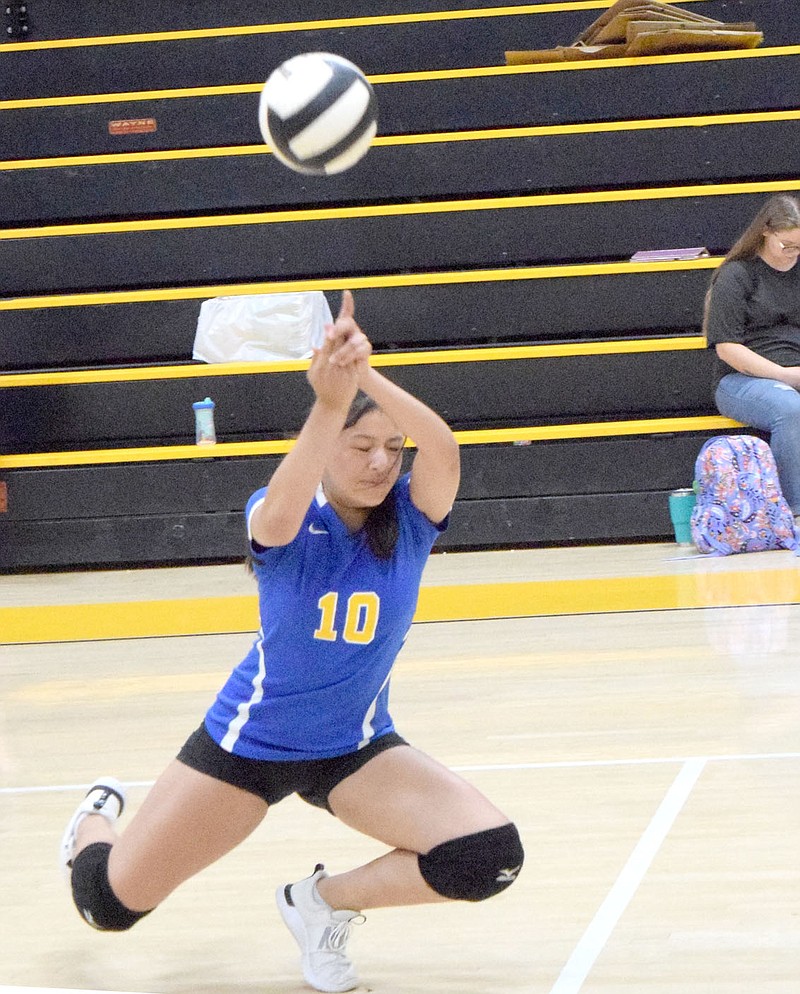 MULBERRY -- It was the culmination of hard work and determination July 21 as the Decatur junior high Lady Bulldogs traveled to Mulberry to participate in the Yellowjacket summer volleyball camp in the gym at Mulberry High School. The outcome of the day-long event proved that the young team is ready for its upcoming volleyball season in August.

For a few members of this young Decatur team, the day-long event would be the first of

The first match of the day pitted the junior high Lady Bulldogs against their counterparts, the Mulberry Lady Yellowjackets. It was all Decatur as the Lady Bulldogs took the contest, 25-4, 25-7, for their first win of the day.

After the first match, the Lady Bulldog B team took the court to play the Mulberry B team. This would be a match that the first-time players would never forget.

Right from the opening serve, the Lady Bulldogs took control, holding Mulberry B to only five points in the first set and taking a 25-5 win.

Set two was more of the same, with the young Decatur team taking the second set, 25-12, for the team's first win of the season.

The junior high A team was back in action, taking on the Gentry Lady Pioneer A. Decatur managed to take the first set, 25-14, but the second set was much closer. The Lady Pioneers kept the contest close until the contest tied at 21 all. But a quick game plan change gave the Decatur Lady Bulldogs four straight points for a 25-21 win and a 2-0 match victory.

The last match of the day for the young Decatur volleyball team came at the hands of the Eureka Springs Lady Highlanders. And as in the matches before, the Decatur Lady Bulldog junior high volleyball team took the match in two sets, 25-13, 25-9, for a clean sweep of the day with all four matches ending in victory. 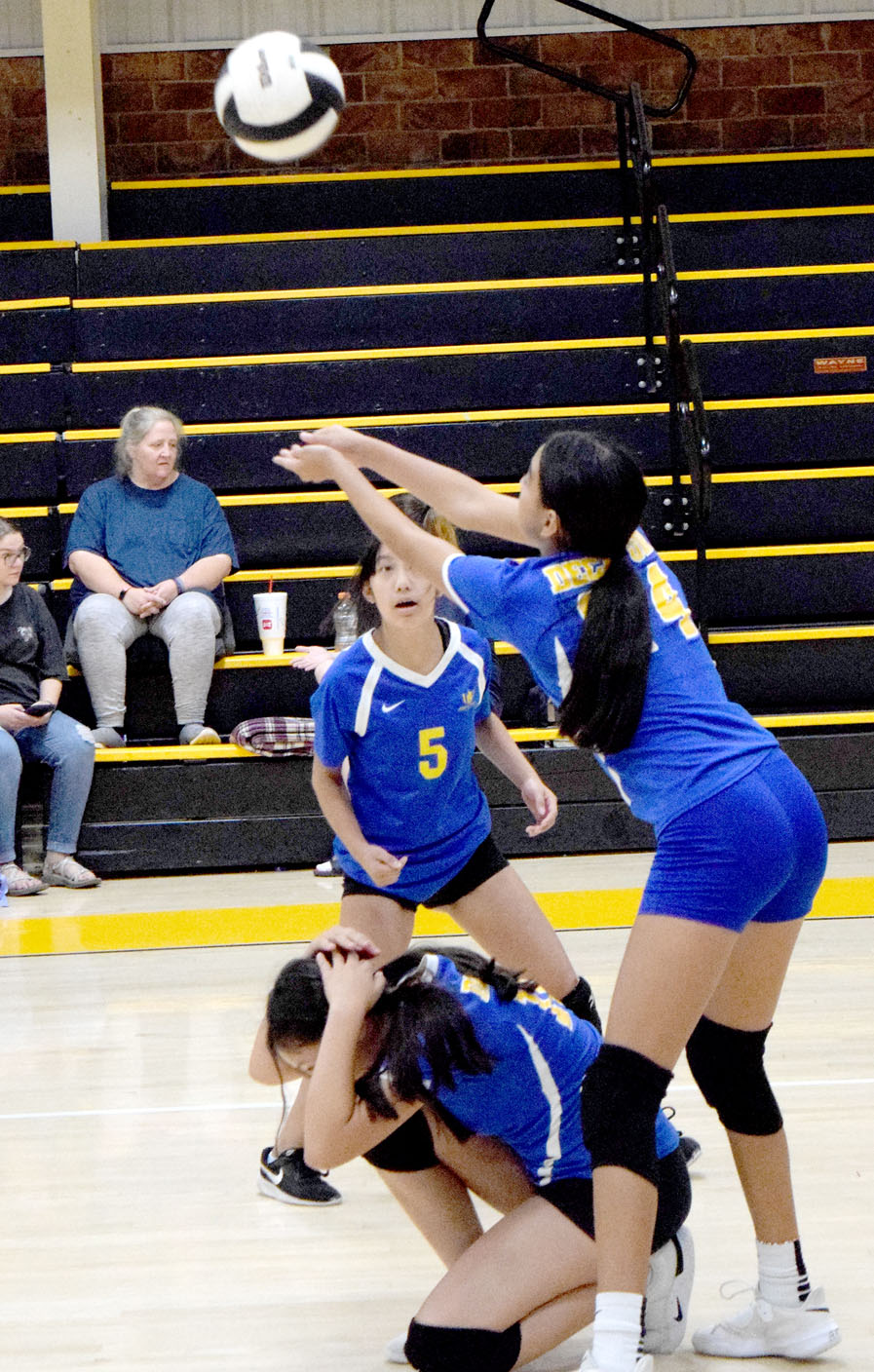 Westside Eagle Observer/MIKE ECKELS Lady Bulldog Jencis Batres (center) ducks down as teammate Daisy Fuentes hits the ball back over the net during the second set of the Decatur-Gentry junior high volleyball contest in Mulberry July 21. Batres early hit the floor to save the ball which Fuentes finished the play for a Decatur point. 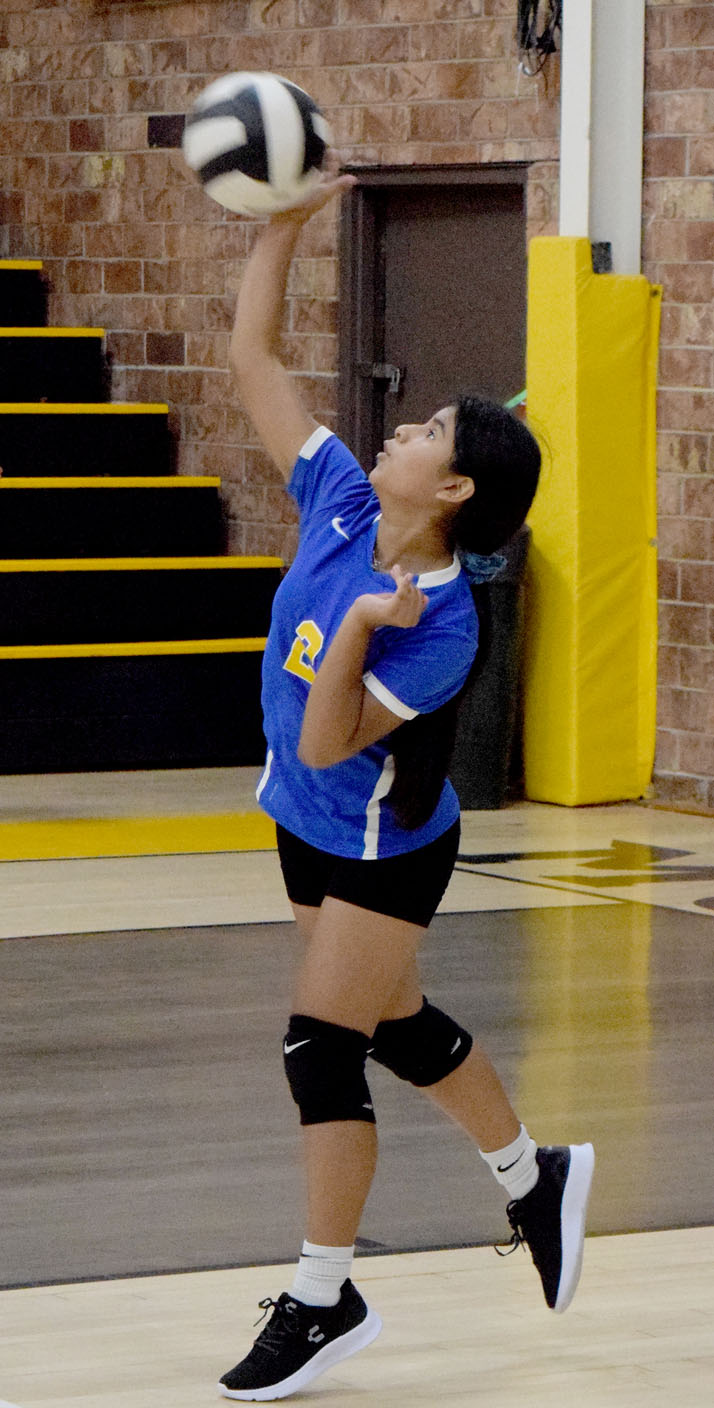 Westside Eagle Observer/MIKE ECKELS Leslie Hernandez makes contact with the ball sending it over the net into Lady Pioneer territory during the Decatur-Gentry junior high volleyball contest in the gym at Mulberry High School July 21. The Lady Bulldogs defeated the Lady Pioneers in straight set. 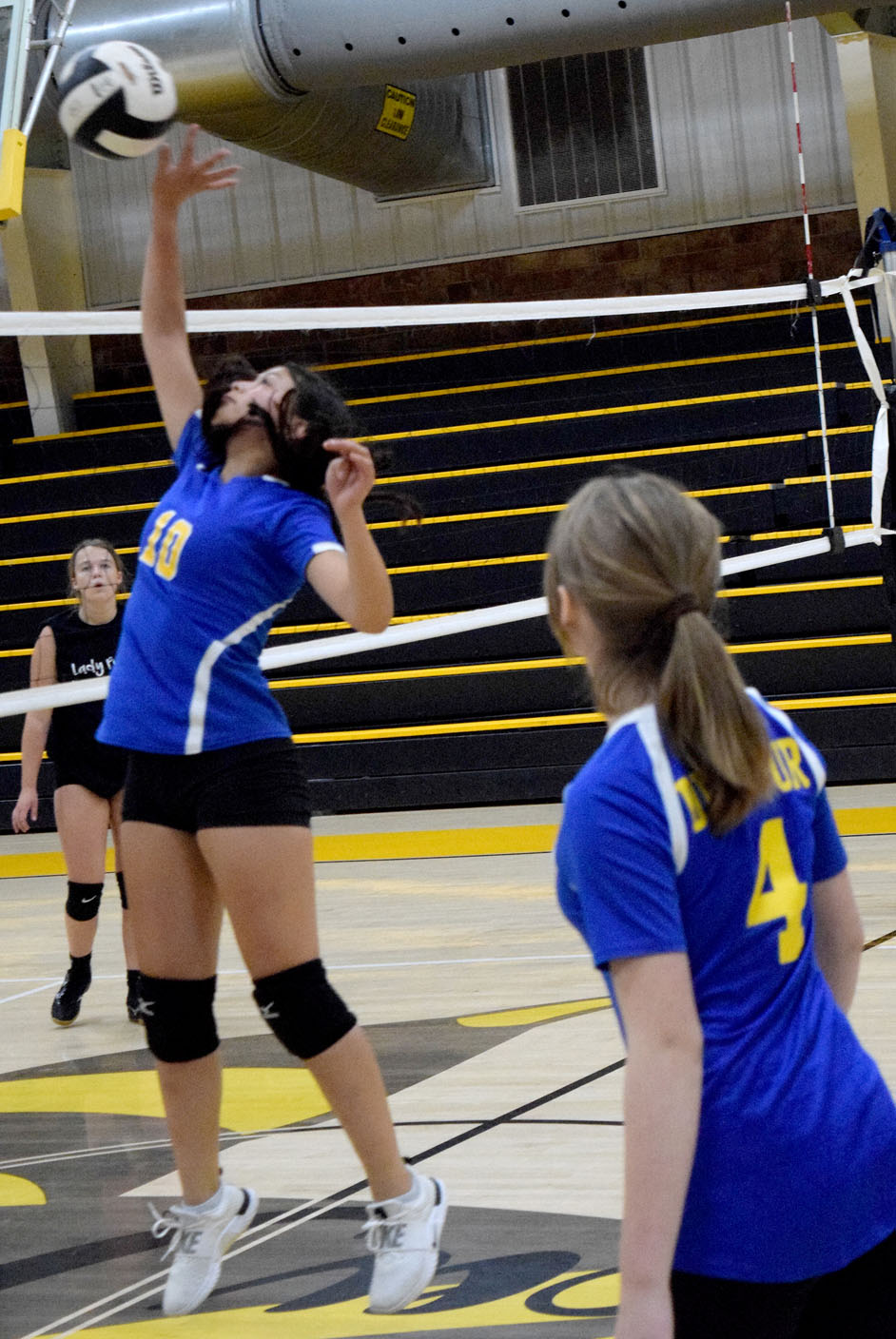 Westside Eagle Observer/MIKE ECKELS Lady Bulldog Jenecis Batres (10) slips the ball back over the net into Lady Pioneer territory during the Gentry-Decatur junior high volleyball match which was part of the Yellowjacket summer volleyball camp at Mulberry High School July 21.