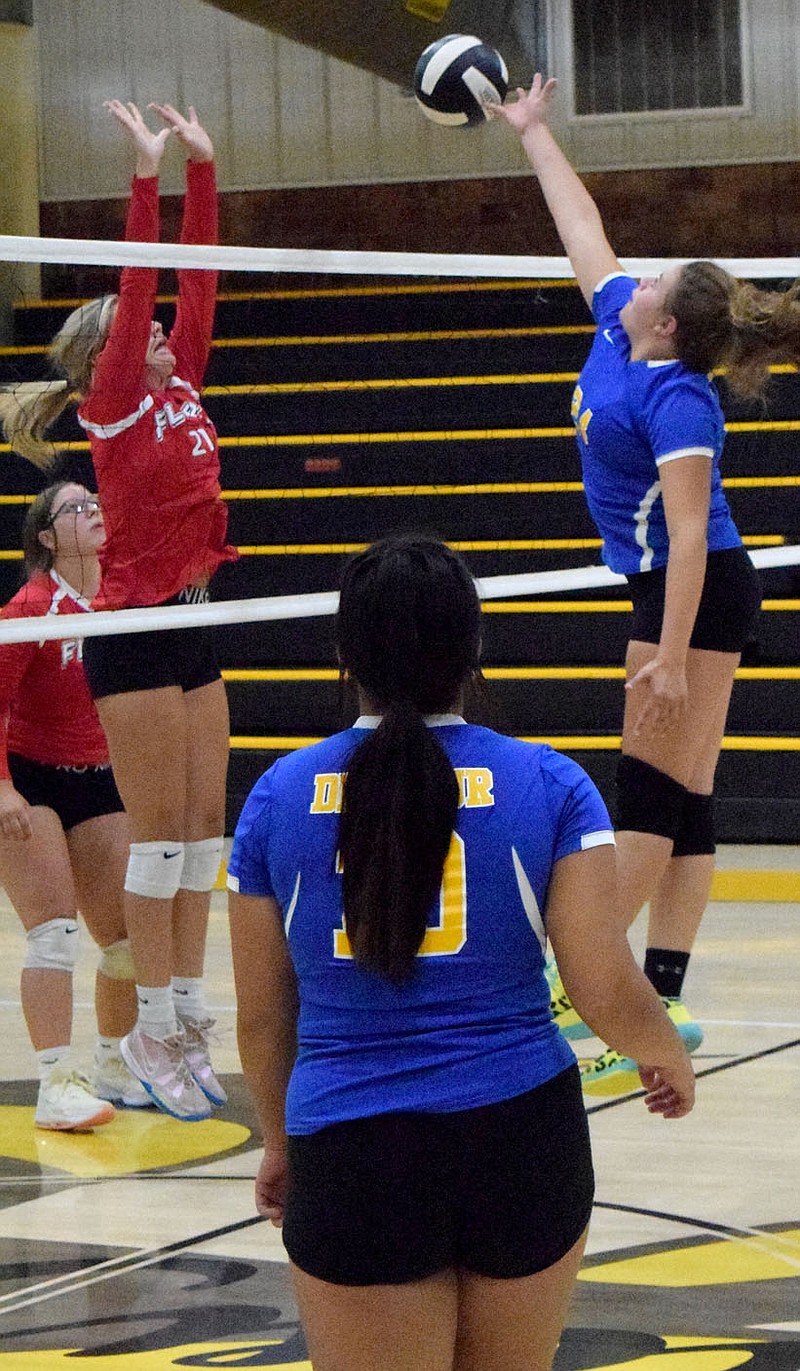 MULBERRY -- Summer camps, whether it be basketball, football or volleyball, are a coach's chance to see his or her teams in action in order to make changes to game plans as needed. For Cali Lankford and her Decatur Lady Bulldog volleyball team, the Yellowjacket summer volleyball camp in Mulberry July 18 was a perfect way to see just how the team played under game conditions.

Besides the host teams, Mulberry Black and White, teams from Decatur, Gentry and Flippin participated in this one-day event. Each team played four two-set matches to 25 points. A tie-breaker was played in the event that each of the two teams took a set. The winner of the tie-breakers took the match.

Up first, the Lady Bulldogs took on the host Mulberry Lady Yellowjackets Black team. The Lady Bulldogs quickly took control of the contest, jumping out in front early to take a 25-6 win in the first set and a 25-10 victory in the second set to win its first match of the day, 2-0.

The next match featured two extreme Northwest Arkansas teams, the Bulldogs and the Gentry Lady Pioneers. This battle was one of the best of the day. Gentry grabbed the lead early in the first set, but strong teamwork by Annabelle Bell, Heaven McGarrah, Lindy Lee, Katrina Batres, Bianca Arana, Brooklyn Todd and Annete Hernandez brought Decatur back into the set.

As the set progressed, Gentry grabbed the lead by one only to have Decatur pick up two straight points to take the lead by one once again. This went on through the remainder of the first and second sets with the Lady Pioneers taking both sets for the match win.

The Bulldogs took the next match against the Mulberry White varsity team once again in two straight sets.

In the fourth match of the day for Decatur, the Lady Bulldogs squared off against the Flippin Lady Bobcats. Like the Gentry

contest, both teams played exceptionally well, with the Lady Bulldogs taking the first set, 29-27, while the Lady Bobcats took the second, 25-21.

The Decatur Lady Bulldog varsity volleyball season begins August 22 against Gentry in the team's new home at Peterson Gym in Decatur. The contest begins at 4:30 p.m. with the junior high B match. 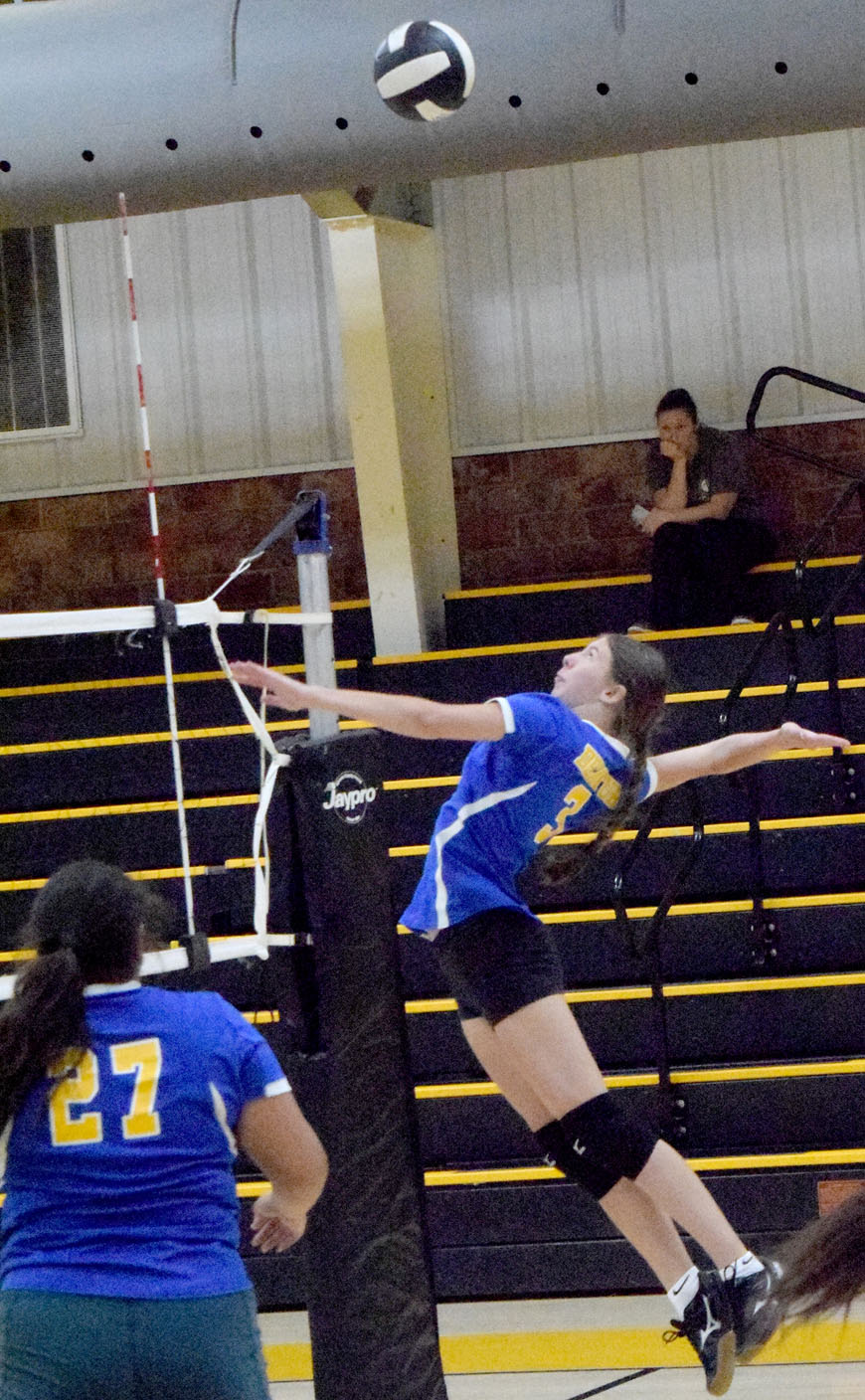 Westside Eagle Observer/MIKE ECKELS Lady Bulldog Heaven McGarrah (3) is poised to smash the ball back over the net during the July 18 Decatur-Gentry volleyball match which was part of the 2022 Yellowjacket summer camp in the gym at Mulberry High School. 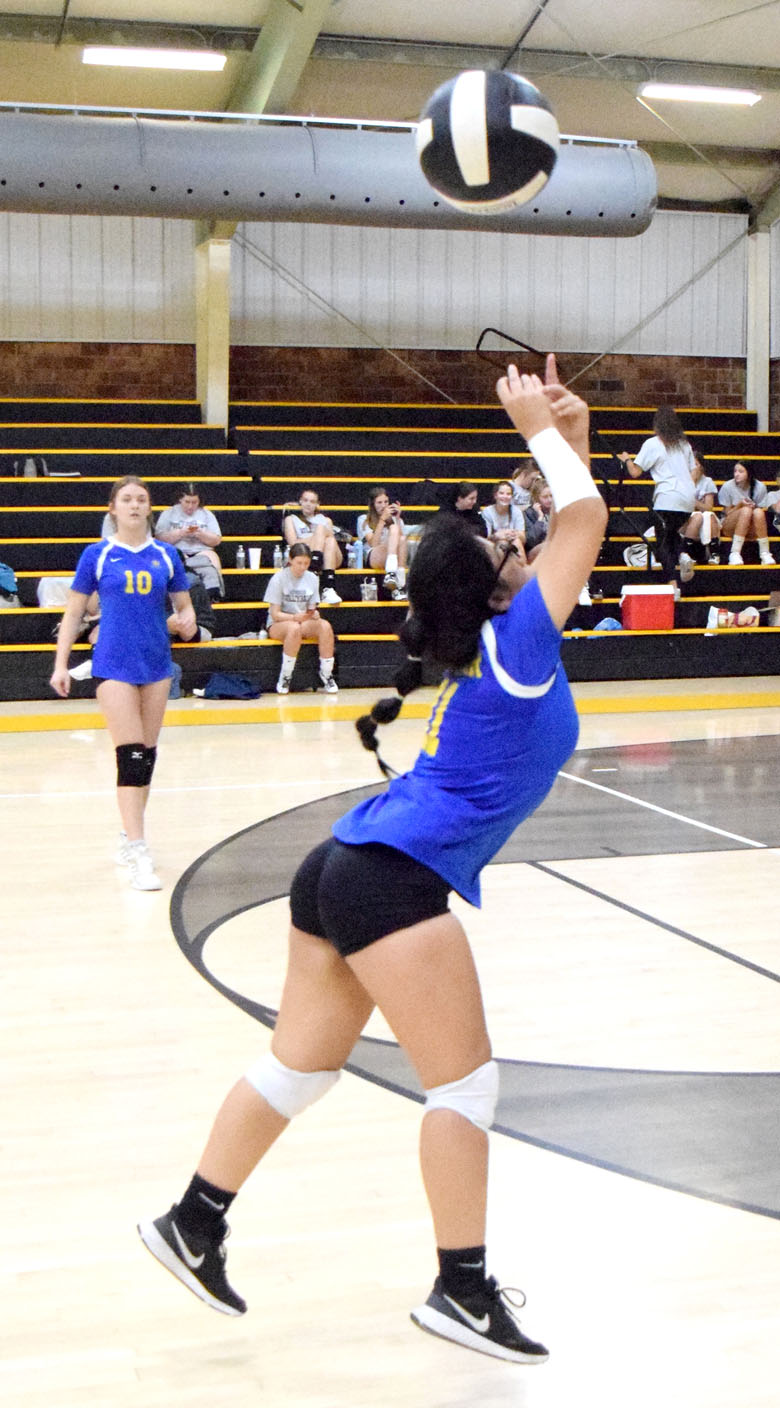 Westside Eagle Observer/MIKE ECKELS Bianca Arana stretches out, forming a backward C, as she hits the ball back over the net during the Decatur-Mulberry A varsity volleyball match at Mulberry High School on July 18. Decatur took this contest in two sets.