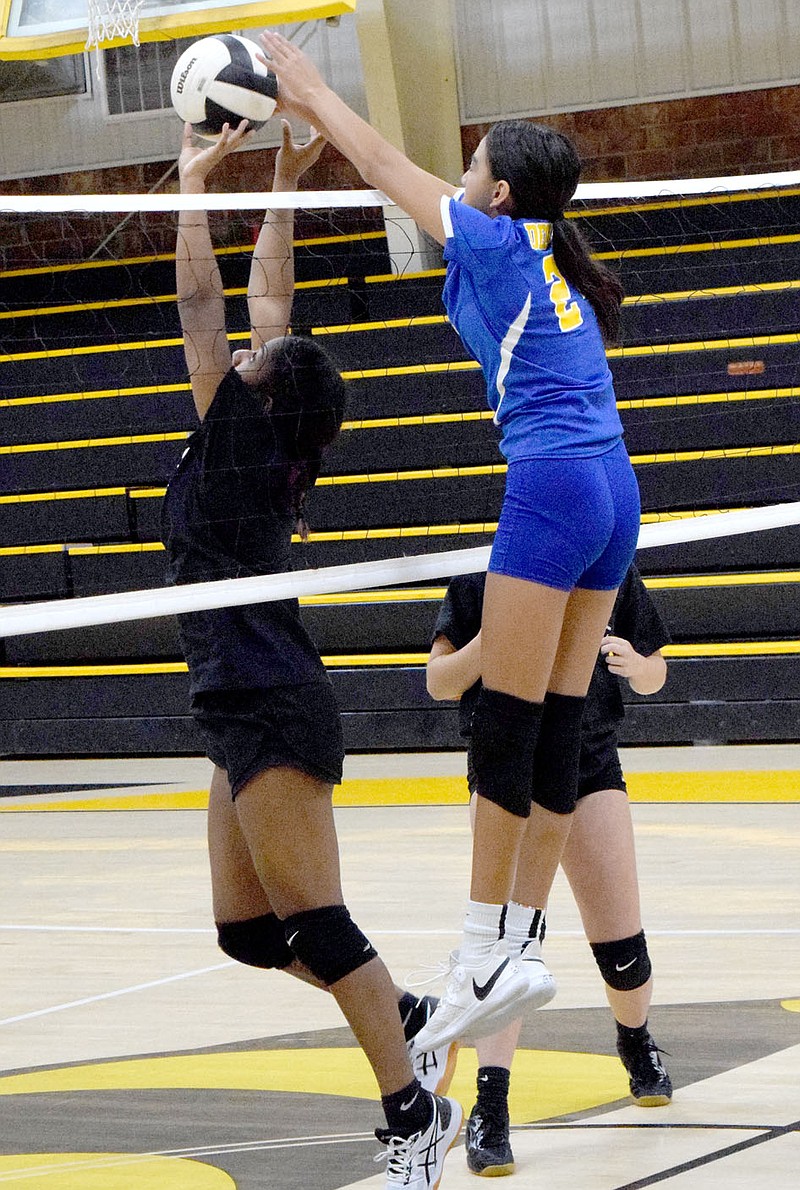 Westside Eagle Observer/MIKE ECKELS As a Lady Pioneer player tips the ball back over the net, Lady Bulldog Daisy Feuntes makes a quick tip of her own, sending it back to the Lady Pioneer side of the court during the Gentry-Decatur junior high volleyball contest in Mulberry July 21. Both teams participated in the Yellowjacket summer volleyball camp in the gym at Mulberry High School.

MULBERRY -- The Gentry Lady Pioneer varsity and junior high volleyball teams took advantage of an opportunity to engage in a little real match time July 18 and 21 when the teams traveled to Mulberry for the Yellowjacket summer volleyball team camp.

The Lady Pioneer varsity was up first during the Monday, July 18, session. The girls squared off against the host, Mulberry White team, which the Lady Pioneers had no trouble defeating in two sets.

Gentry took advantage of a short break while the team watched its next opponent, the Decatur Lady Bulldogs, defeat the Mulberry Black team in straight sets as well.

Then it was time for both the Lady Pioneers and Lady Bulldogs to clash in what would be the first of several volleyball matches between the two teams this season.

Decatur jumped out in front early in the first set but the Gentry front line marched right back into the contest and took both sets to win the match.

The Gentry varsity team played the Mulberry Black team next and, like its first match with the White team, took that match as well in two sets.

The last match of the day for

the Lady Pioneer varsity was with the Flippin Lady Bobcats. Unfortunately, the results of this contest were not available by press time.

Up next, it was the junior high Lady Pioneers turn on to take center court Thursday July 21.

Gentry's first opponent for the day was the Mulberry junior high A team, which the Lady Pioneers had no trouble defeating in straight sets, 25-14, 25-12.

After a short break, the Lady Pioneers young B team took on Mulberry B. They took both set but not before Mulberry went on a run in the second set to close the gap. It was not enough and Gentry went on to defeat Mulberry B, 25-14, 25-20.

Then it was time for the battle of Arkansas 59 as the Pioneers squared off against the Decatur Lady Bulldogs junior high A team. The Lady Pioneers fought gallantly but, in the end, lost to the Lady Bulldogs, 25-18, 25-17.

The Gentry Lady Pioneer junior high teams will have a chance at redemption when they square off against the Decatur Lady Bulldogs August 22 at Peterson Gym in Decatur for the opening of the 2022 volleyball season. Game time is schedule for 4:30 p.m. 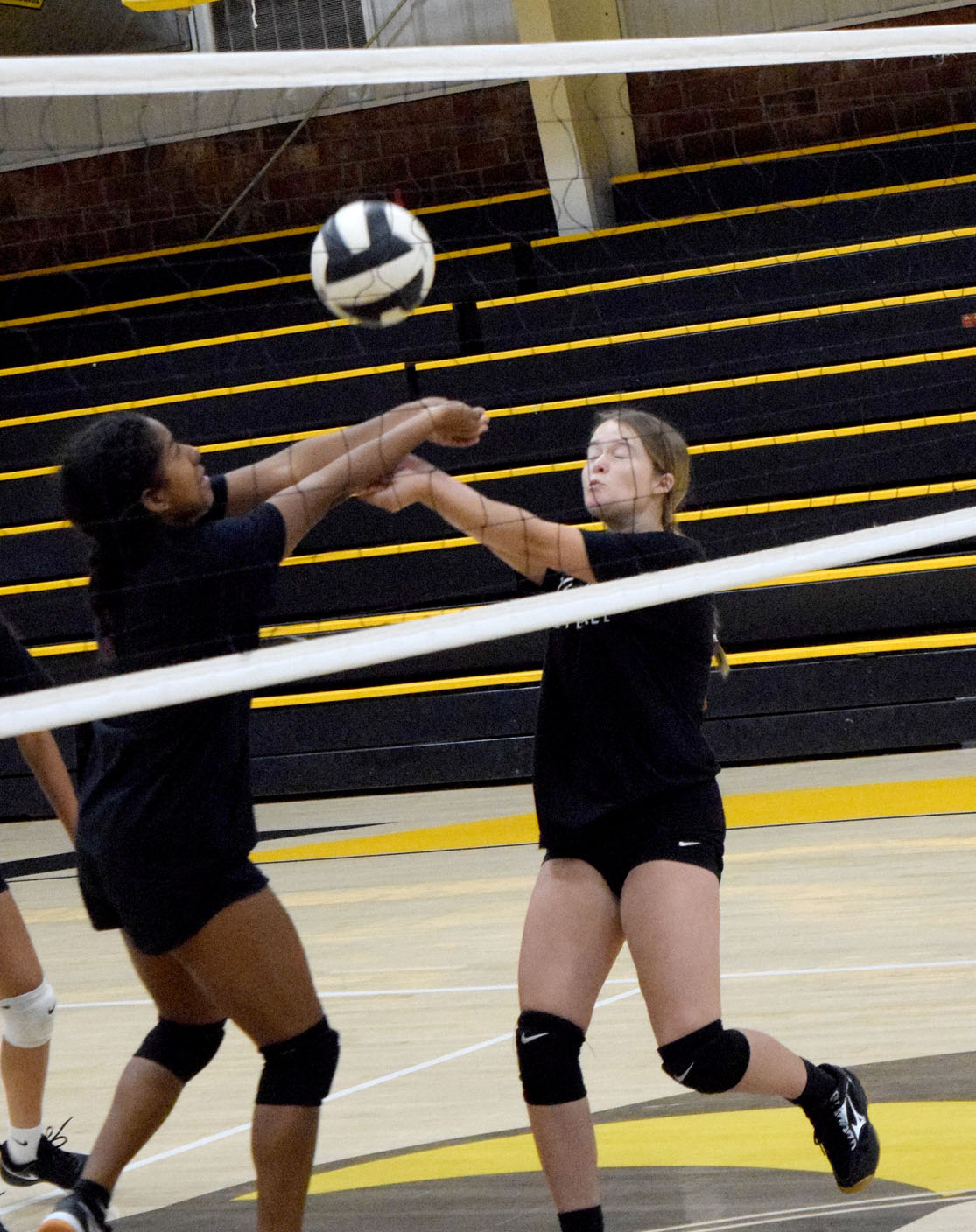 Westside Eagle Observer/MIKE ECKELS A pair of Lady Pioneers arrives at the ball at the same time in an effort to send it back to the Lady Bulldog side of the court during the Gentry-Decatur junior high volleyball contest at Mulberry High School on July 21. The player to the left saved the ball and sent it back over the net. 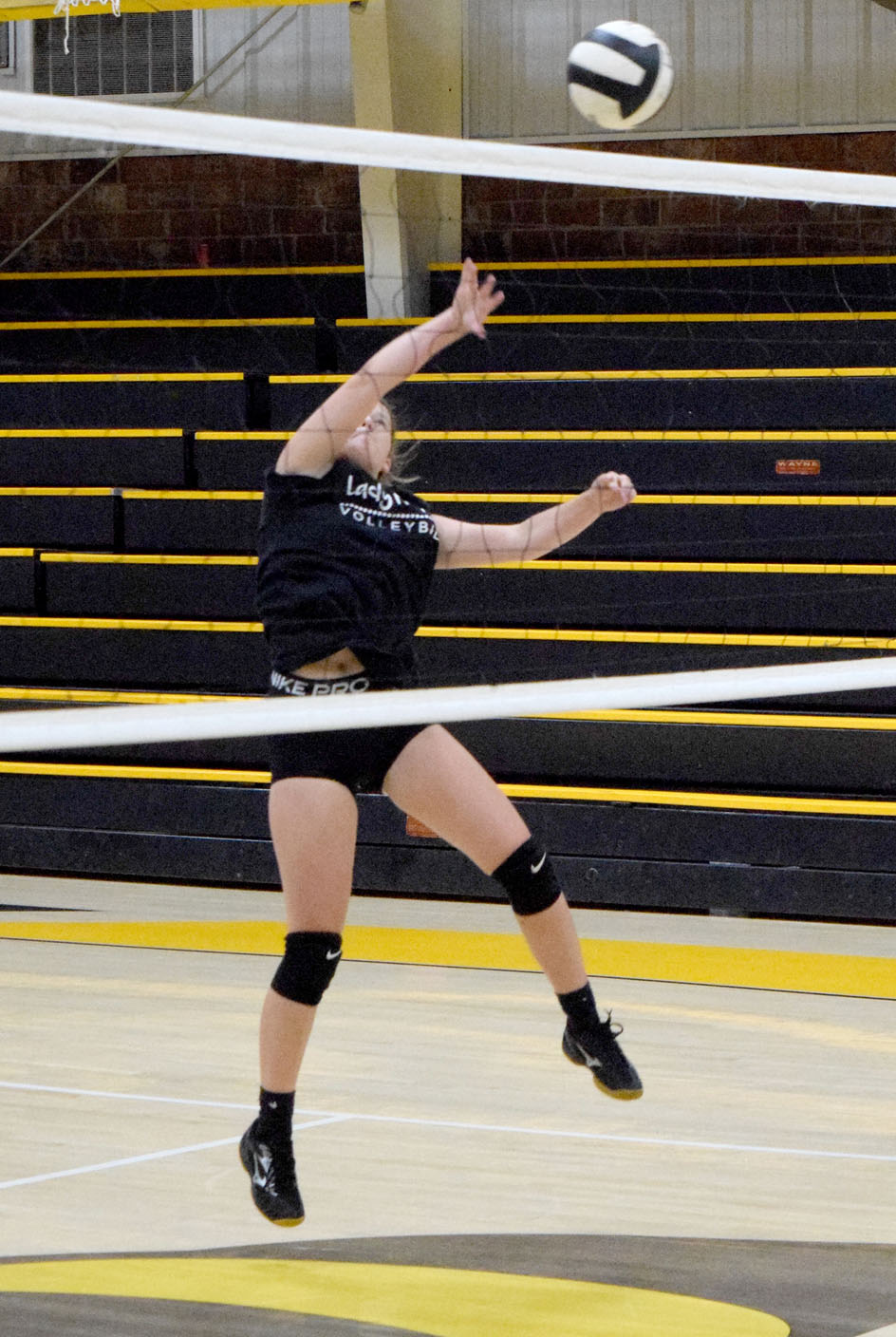 Westside Eagle Observer/MIKE ECKELS A Lady Pioneer player sends the ball back into Lady Bulldog territory during the first set of the Gentry-Decatur junior high volleyball contest which was part of the Yellowjacket summer camp in Mulberry July 21. 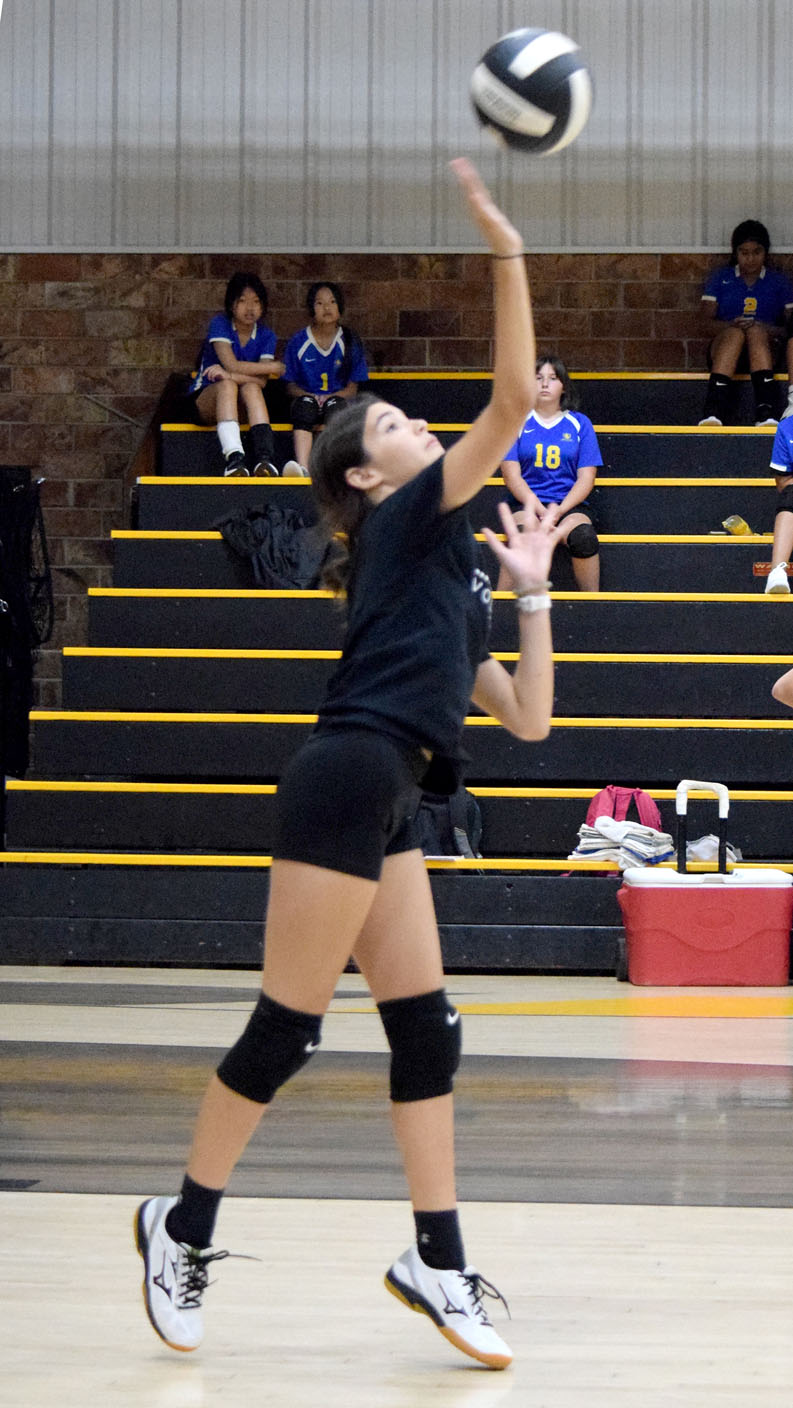