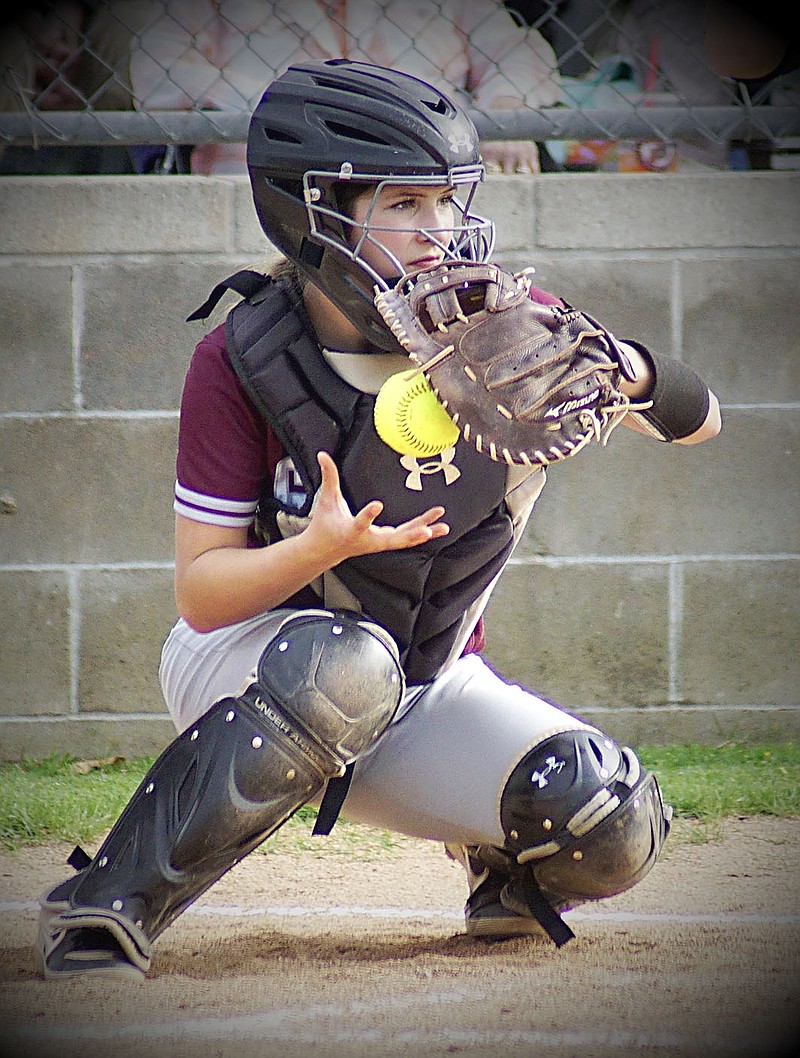 Westside Eagle Observer/RANDY MOLL Audrie Littlejohn drops the ball from her glove to her throwing hand after catching a pitch during play against Pea Ridge in Gentry on April 27.

GENTRY -- The Lady Pioneer softball season came to a close on Wednesday, April 27, in a heartbreaking district tournament loss to the Lady Hawks of Pea Ridge at the Merrill Reynolds Memorial Sports Complex in Gentry.

Gentry scored two runs on seven hits in the game. The first came in the third inning on a solo home run hit over the fence in right-center by Gentry sophomore Hailie Kreger.

The Lady Pioneers scored again in the bottom of the seventh when McKenzie Barnes, pinch-running for Cindy Barger after she singled on a groundball to centerfield, was brought home by a Kyleigh Wheaton groundball single to left.

Overall, the Lady Pioneers struggled with their bats against Lady Hawk freshman Emory Bowlin in the circle.

Pea Ridge scored three runs in the first inning, another in the fourth and two more in the fifth for the 6-2 win.

Gentry senior Kyleigh Wheaton was three for four with her bat and drove in one run. She also pitched all seven innings, allowed seven hits (one of them a home run) and six runs (two of them earned), struck out three and walked four.

Kreger hit a home run and Faviola Lopez-Najar a double in the game.

Bowlin threw all seven innings for the Lady Hawks. She allowed two runs on six hits (one home run), struck out seven and walked one. She hit the only Pea Ridge home run in the game, in the first inning.

The Lady Pioneers finished the season with 11 wins and 10 losses. 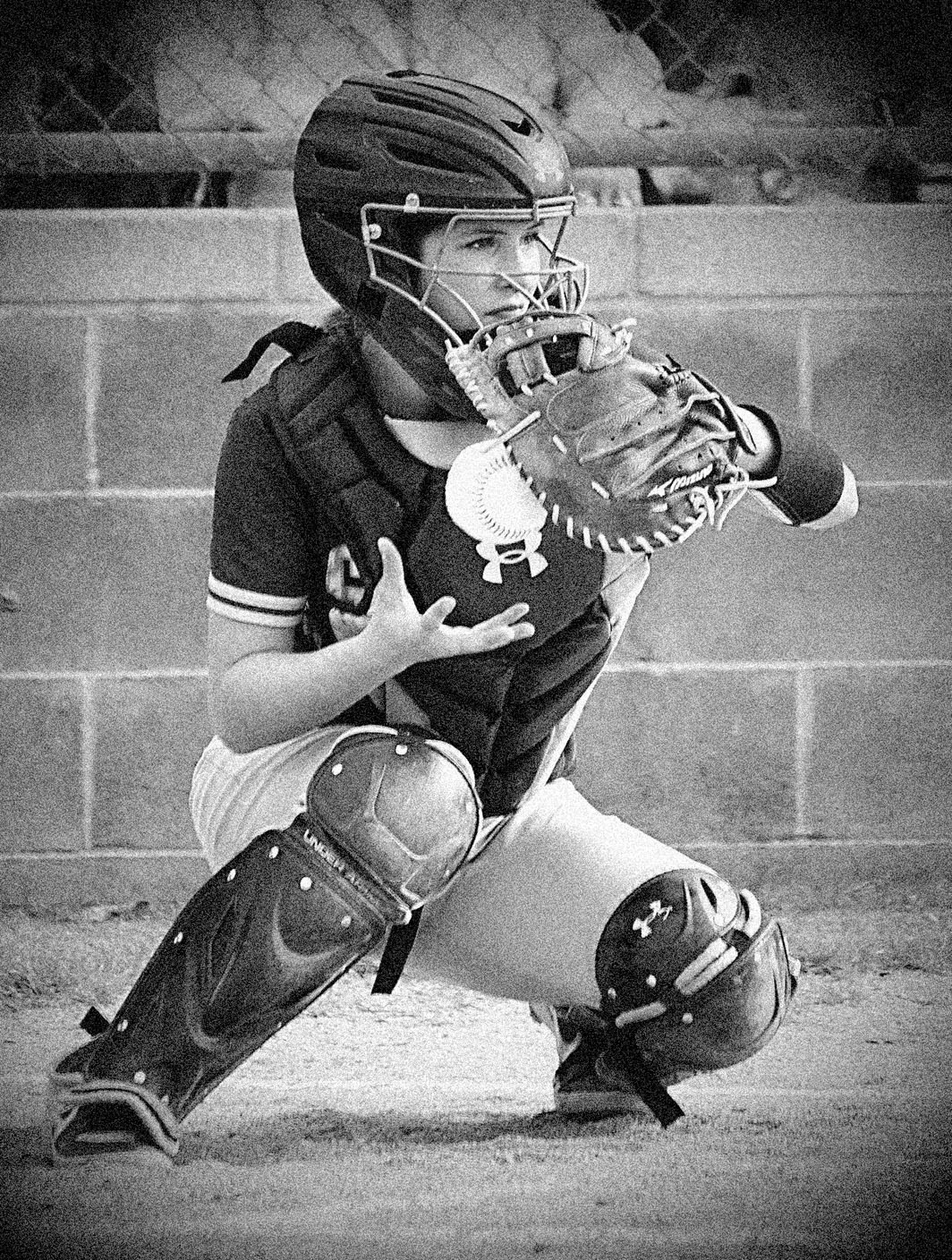 Westside Eagle Observer/RANDY MOLL Audrie Littlejohn drops the ball from her glove to her throwing hand after catching a pitch during play against Pea Ridge in Gentry on April 27. 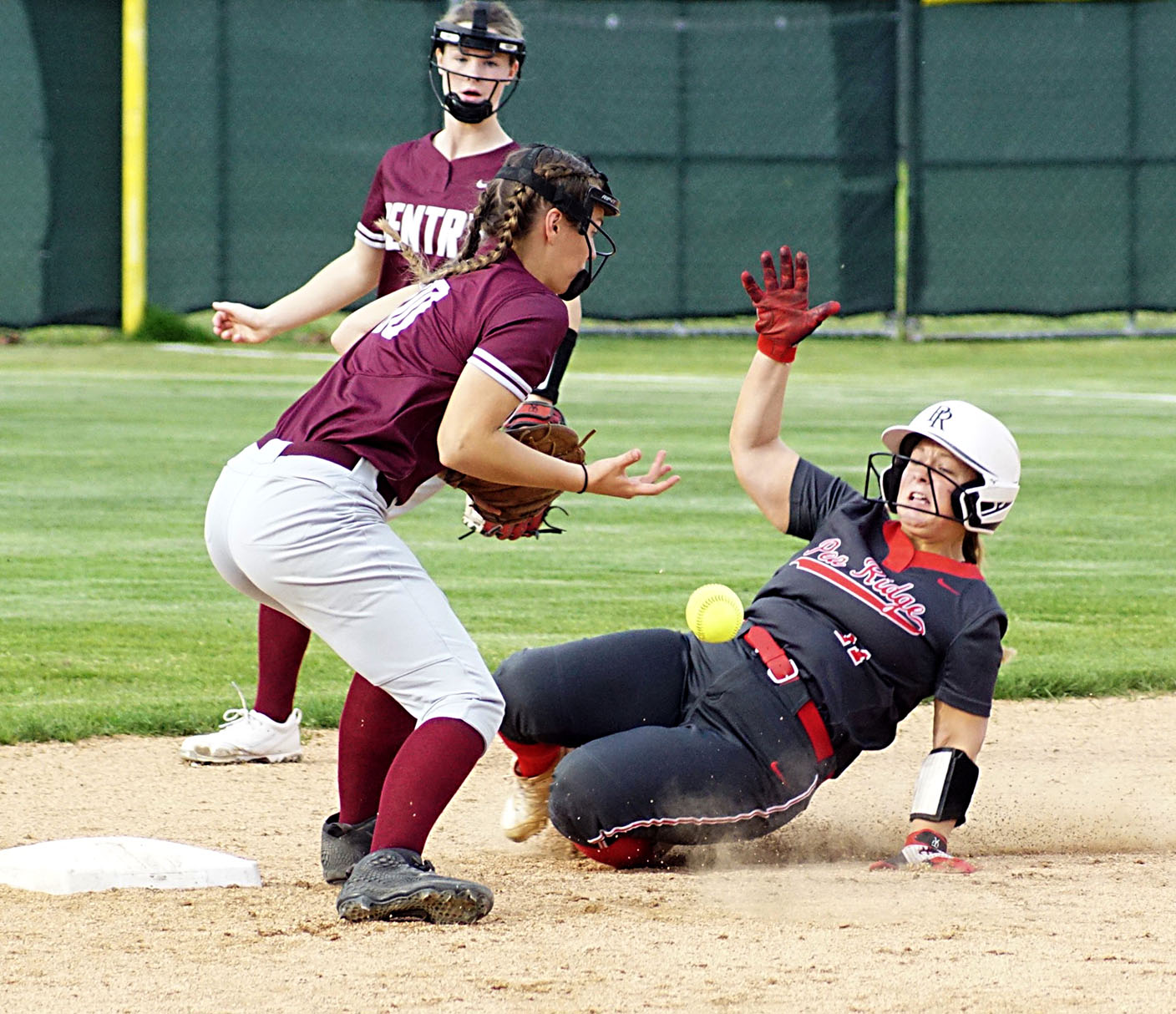 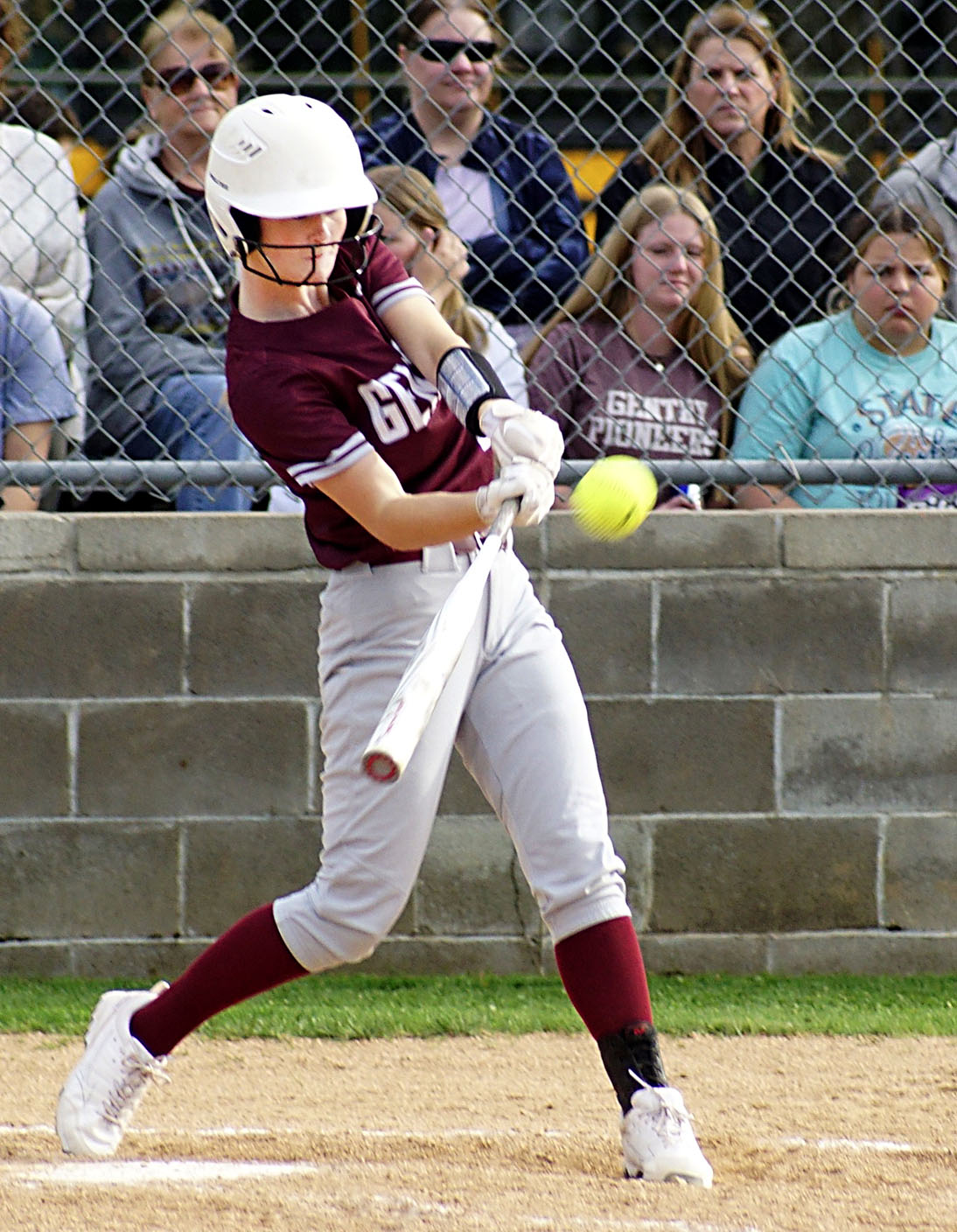 Westside Eagle Observer/RANDY MOLL Gentry's Hailie Kreger connected with this pitch and hit it over the center field fence in the bottom of the third inning for one of only two Lady Pioneer runs during play against Pea Ridge at Gentry High School in Wednesday's opening round of district playoffs.