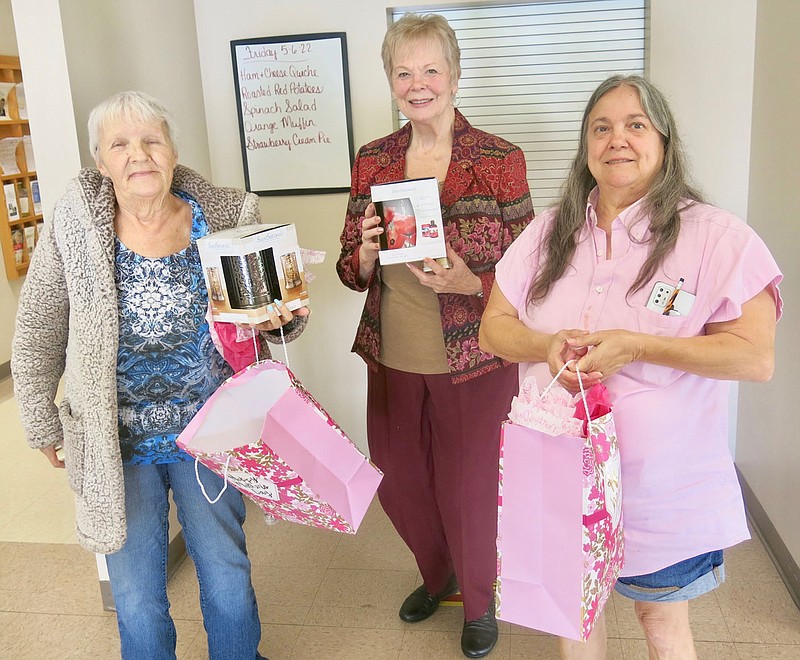 Westside Eagle Observer/SUSAN HOLLAND Penny Leonard, Linda Schmidt and Lydia Seiden display the gifts they received for being winners in the "What's in my purse?" game during a Mother's Day celebration following lunch at the Billy V. Hall Senior Activity and Wellness Center Friday afternoon, May 6. Penny was the first-place winner and Linda and Lydia tied for second and third place in the game. Each received a wax melt warmer.

GRAVETTE -- A special Mother's Day celebration was held Friday, May 6, at the Billy V. Hall Senior Activity and Wellness Center. Each Mother who attended was given a Mother's Day card from the Center staff.

Just before lunch, Center director Melissa Provence presented potted tulips to LaVonda Augustine for being the mother present with the most children (four), Mary Tipling for having the most grandchildren (11), and Juanita Whiteside for having the most great-grandchildren. The Mother's Day lunch menu featured ham and cheese quiche, roasted red potatoes, spinach salad, an orange muffin and strawberry cream pie.

Several ladies stayed after lunch for Mother's Day activities. Each one filled out a questionnaire that requested them to list "three things no one knows about me." Their answers were then read and everyone was given a chance to guess who was being described.

Guests also enjoyed playing "What's in my purse?" Melissa Provence took 30 items out of a bag (her "purse") and placed them on a table. The ladies were given a few minutes to look at them. Then she placed them back in the bag and players were asked to make a list of the items they remembered.

Penny Leonard listed the most items and was awarded first place. Linda Schmidt and Lydia Seiden tied for second and third place. Each winner was given a gift bag containing a wax melt warmer. Mavis Killeen was given the "boobie prize," a potted tulip, for listing the smallest number of items. 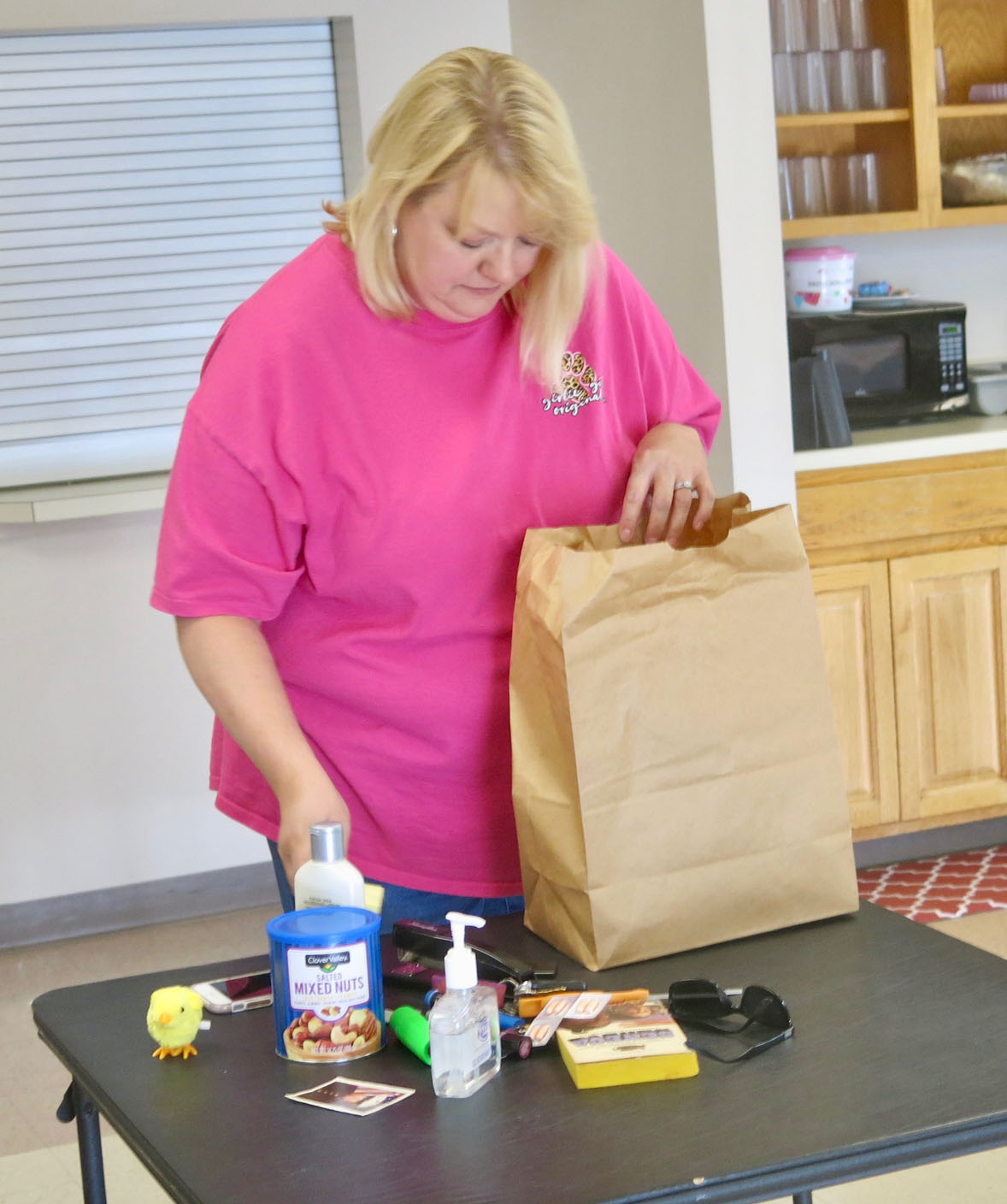 Westside Eagle Observer/SUSAN HOLLAND Melissa Provence, director of the Billy V. Hall Senior Activity and Wellness Center, lays out items on a table in preparation for a "What’s in my purse?" game played during the Mother’s Day celebration at the Center Friday, May 6. Thirty items were placed on the table and players were allowed a few minutes to look at them. Then they were placed back in the bag and participants had to list the items they remembered.