Burntsugars Food Truck up for “Best of NWA” award 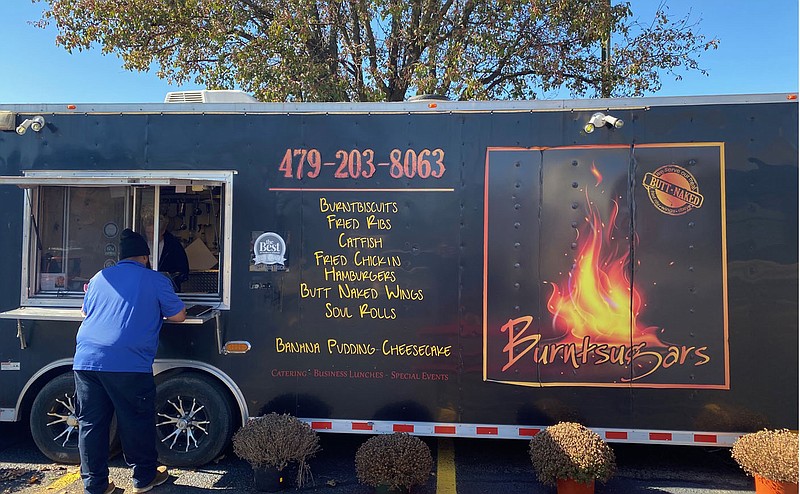 Westside Eagle Observer/DANIEL BEREZNICKI Burntsugars Food Truck menu consists of Asian barbecue fusion dishes, including brisket and fried rice. In 2021, Burntsugars won the bronze for "Best Asian Food" because of Lisa Wilson’s "twist" ideas for her dishes. She takes classic barbecue dishes and puts a spin on them by exploring robust flavors.

GRAVETTE -- When residents around Gravette recall the food trucks in their area, the name Burntsugars often comes up. This award-winning food truck at 105 First Avenue S.E. is a fan favorite among the locals and its Asian fusion barbecue dishes have drawn people from all over Northwest Arkansas.

Lisa Wilson is the owner and chef of Burntsugars since it was established in 2018. Now, it is up for the 2022 "Best of NWA" award, and residents can come and vote to help recognize this restaurant as one of the best food trucks in Northwest Arkansas.

For 20 years, Wilson has been cooking for people and, after moving to Cave Springs from Las Vegas, she opened her food truck restaurant, Burntsugars. The name comes from one of her favorite dessert dishes, Crème brûlée.

Crème brûlée is a dessert that has a rich custard base that's topped with a layer of sugar. The sugar is caramelized or "burnt" with a cooking torch which gives the surface a warm, golden, hardened texture. The cold custard underneath it warms up and the dessert is served with a garnish.

Burntsugars' menu has Asian barbecue fusion dishes, and customers can expect to see dishes like orange chicken and chow mein. But also classic Americana food like burgers and catfish are always available.

Over the years, she has tried to revamp her menu, but nothing beats the classics.

"Everything on my menu is basically the same thing I've had for four years," said Wilson. "I can't seem to change anything and every time I add something, they keep going back to the same stuff."

One of her best-selling dishes is the "brisket and fried rice," which is cooked with smoked brisket, mushrooms, onions, jalapenos and rice.

These fusions are creations of her own and everything is made from scratch.

"It's never going to be something that you get at an Asian place. It's a little bit different. Like the chow mein, we do it on the grill ... It's just not the norm."

Wilson is from Texas and her background has influenced her to experiment with different flavors. She uses her gut instinct and gives her dishes a "twist."

These "twists" have won Burntsugars many awards. They've won the silver for "Best Food Truck" in 2020 and one award took them by surprise.

"We got 'Best Asian Food,' which shocked the heck out of me."

Despite all these accomplishments, Wilson's favorite thing about Burntsugars is seeing her customers satisfied.

"That's all I care about. It's them being happy. It makes me happy to cook for them. If they weren't happy, it wouldn't be that much fun."

Fans can vote for Burntsugars Food Truck and other culinary businesses at Votebestnwa.com.

Although Burntsugars was closed for a time, it's now open and back to serve its patrons. Fans can return and enjoy the classic "twist" dishes they've always loved. 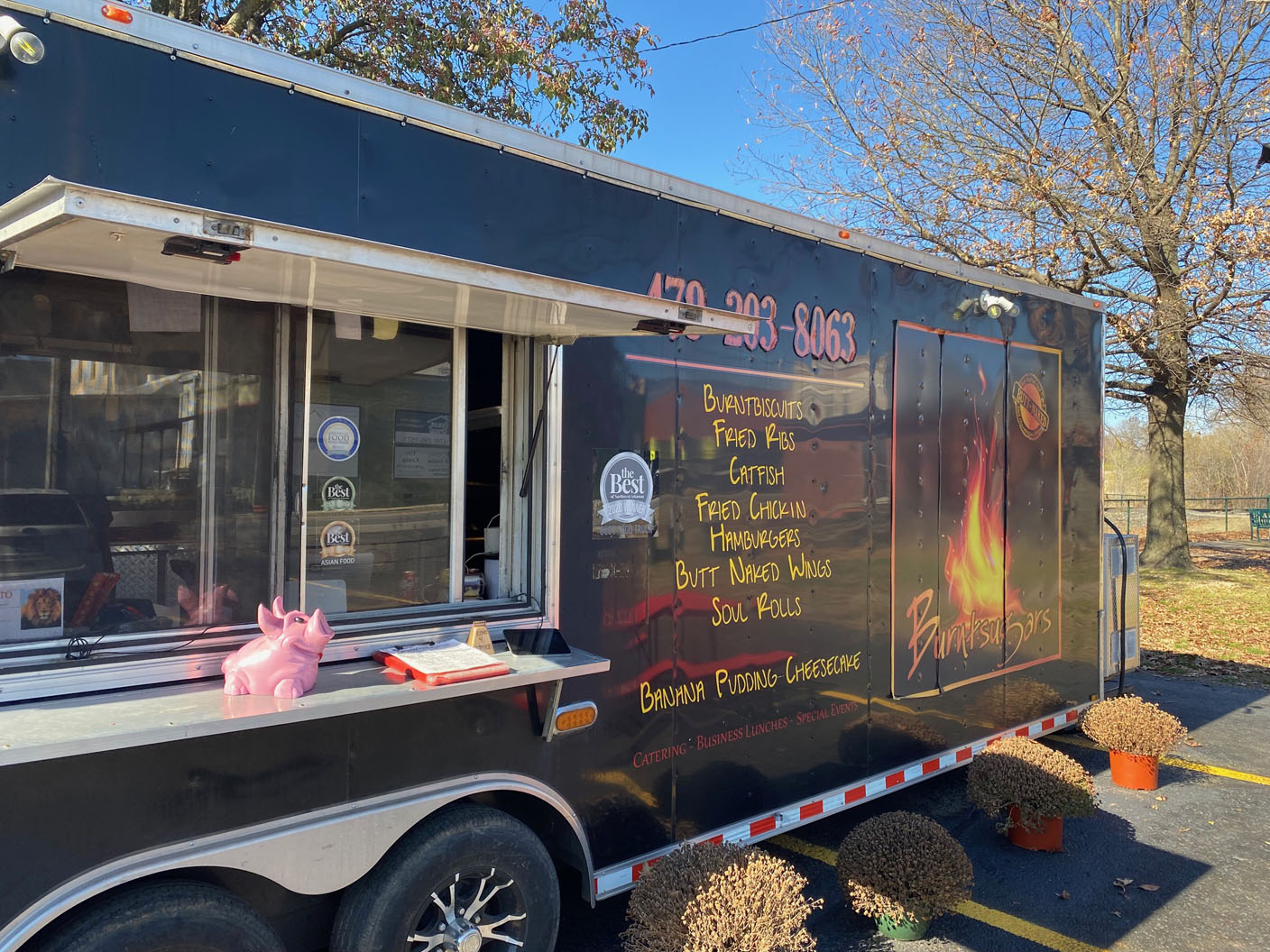 Westside Eagle Observer/DANIEL BEREZNICKI Burntsugars Food Truck has been nominated for "Best of NWA" award for its fusion barbecue dishes. In 2020, it won the silver for ÄúBest Food Truck‚ Äù in 2020, and in 2021, it took home the bronze award for the ÄúBest Asian Food‚ Äù in NWA. After being closed for some time, it has reopened, and this nomination is a big "welcome back" from Gravette residents.