Lady Pioneers lose one, win one 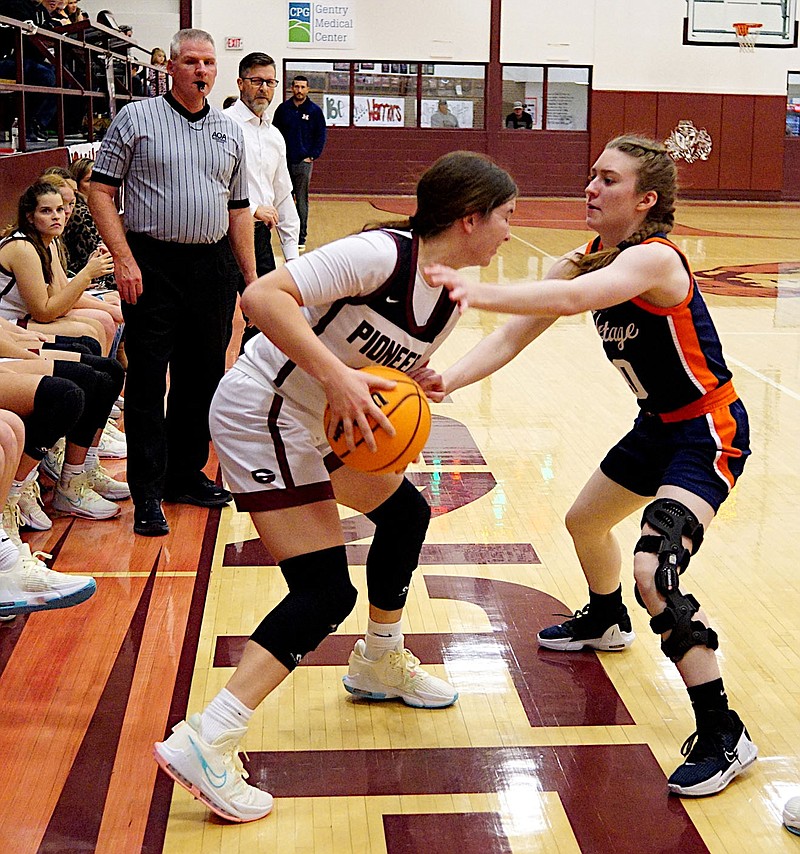 Westside Eagle Observer/RANDY MOLL Alyssa McCarty protects the ball while guarded by a player from Rogers-Heritage on Nov. 15 at Gentry High School.

GENTRY -- The Lady Pioneers jumped to an early lead on Nov. 15 when they hosted Rogers-Heritage War Eagles, but Rogers came back in the second and third quarters to take the lead and secure the win in the 49-42 contest.

Behind the shooting of Gentry senior Alyssa McCarty and Gentry junior Shelby Still, the Lady Pioneers led 15-6 after the first quarter. McCarty hit a 3-pointer, a deuce and three free throws in the opening quarter. Still hit a trey and a deuce.

McCarty added another trey and two free-throws in the second quarter, and Still and Brynn Cordeiro had single field goals for another nine points in the quarter, but Rogers closed the gap with 15 points in the game to be down by only three at the half, 21-24.

McCarty and Destiny Reinhardt both sunk treys in the third quarter, and Cordeiro added two free throws, but Rogers scored 18 points in the quarter and took the lead, 39-32.

Both teams added 10 points in the final quarter for the 49-42 final.

The Lady Pioneers traveled to Bentonville-West on Thursday to take on the Lady Wildcats and brought home a 46-39 win in the nonconference game.

This time, it was Gentry that was down 11-5 in the first quarter and 18-16 at the half, but the Lady Pioneers fought their way back and were down by one, 32-31, going into the fourth quarter. The Lady Pioneers outscored their opponents 15-7 in the final quarter to pull out a 46-39 road victory.

Alyssa McCarty led the Lady Pioneers in shooting with 15 points. Shelby Still and Kaitlyn Caswell each had nine. Destiny Reinhardt had six, Emma Tevebaugh had five (all at the free-throw line) and Brynn Cordeiro had two. 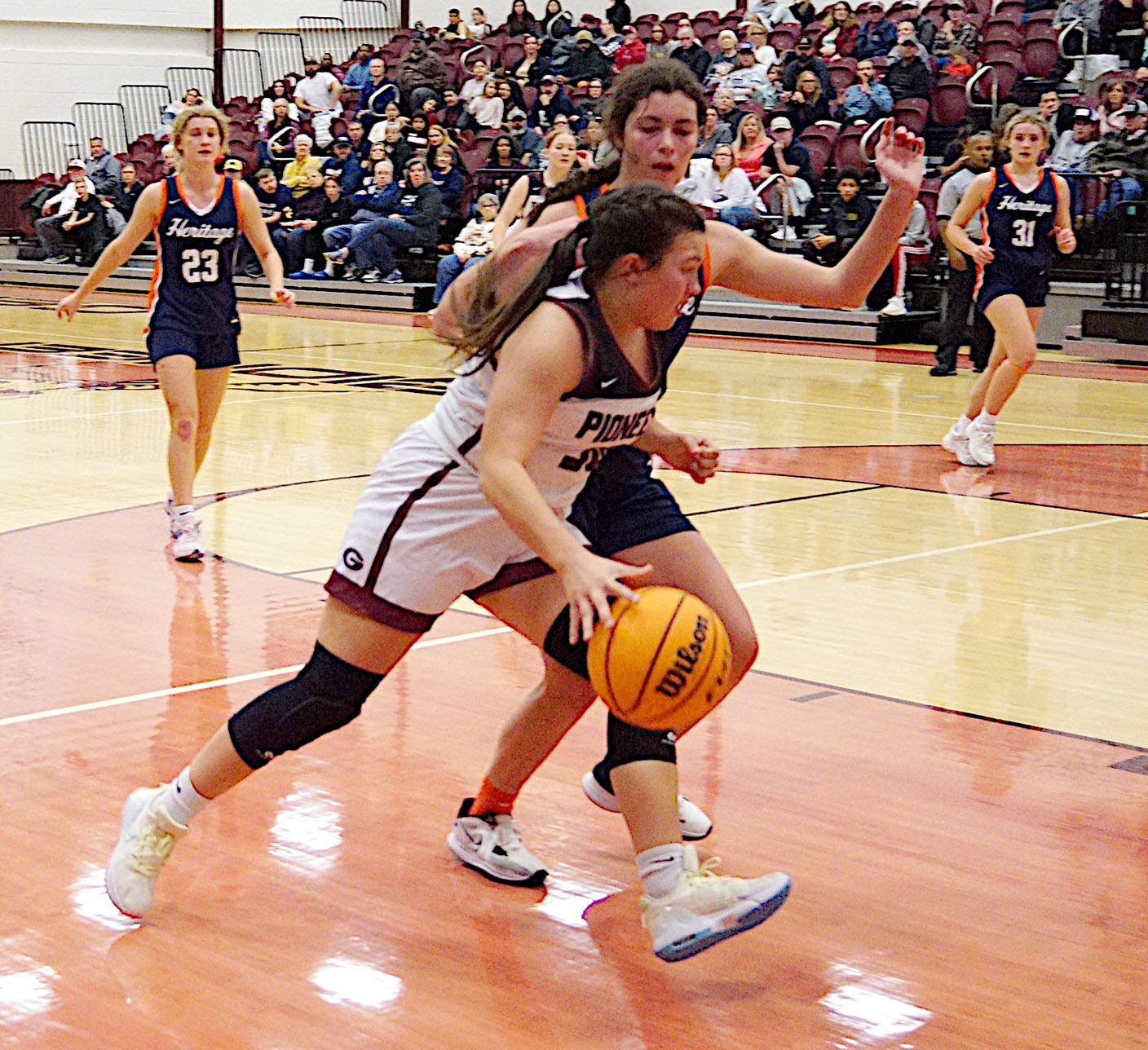 Westside Eagle Observer/RANDY MOLL Brynn Cordeiro dribbles the ball toward the basket while guarded by a player from Rogers-Heritage on Nov. 15 at Gentry High School. 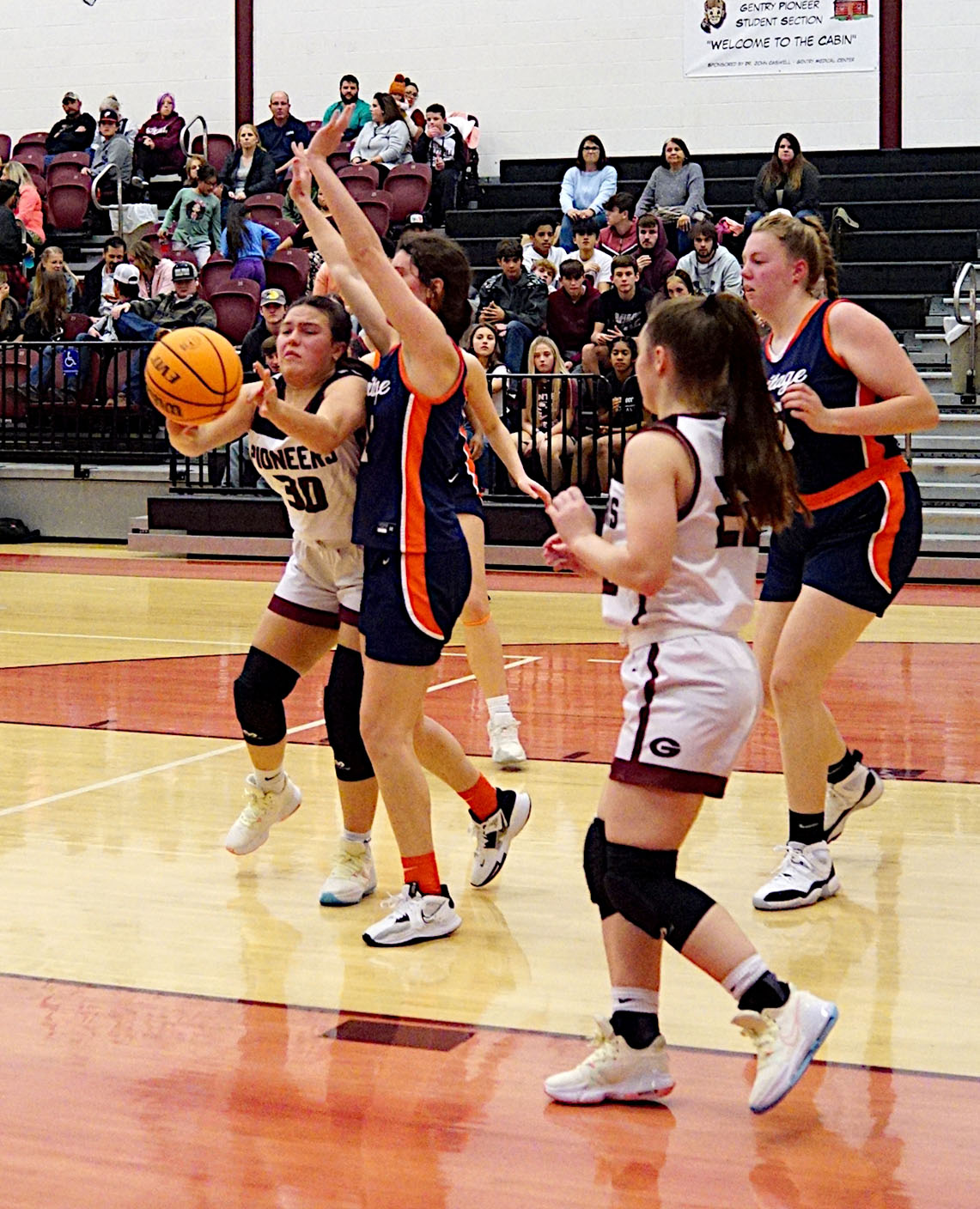 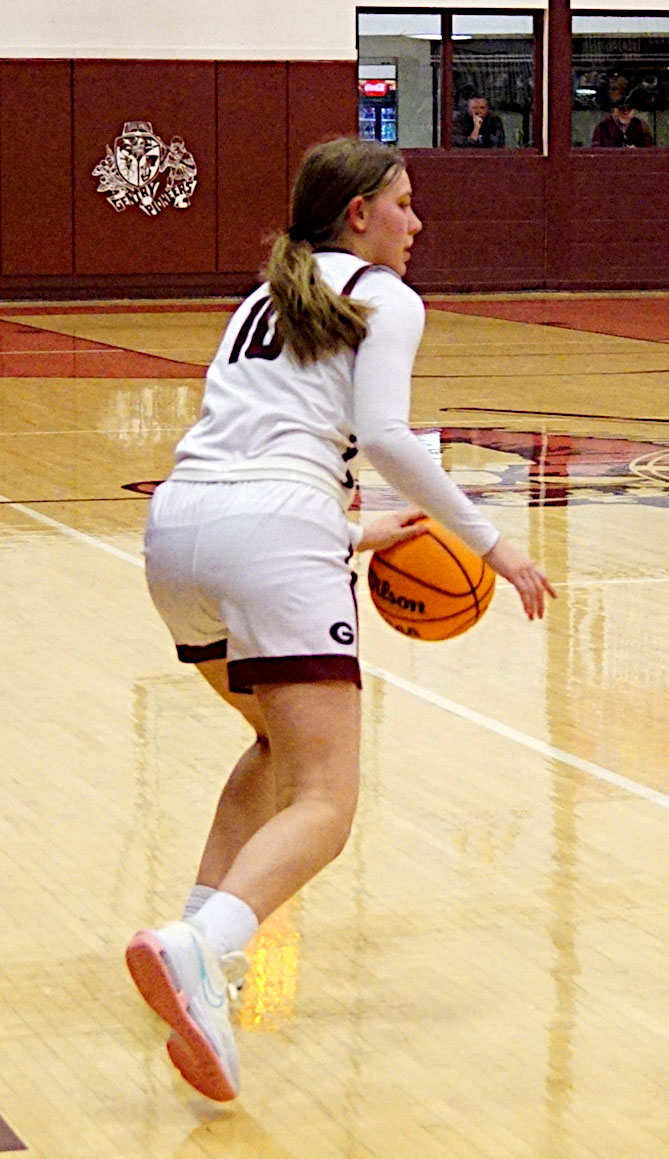 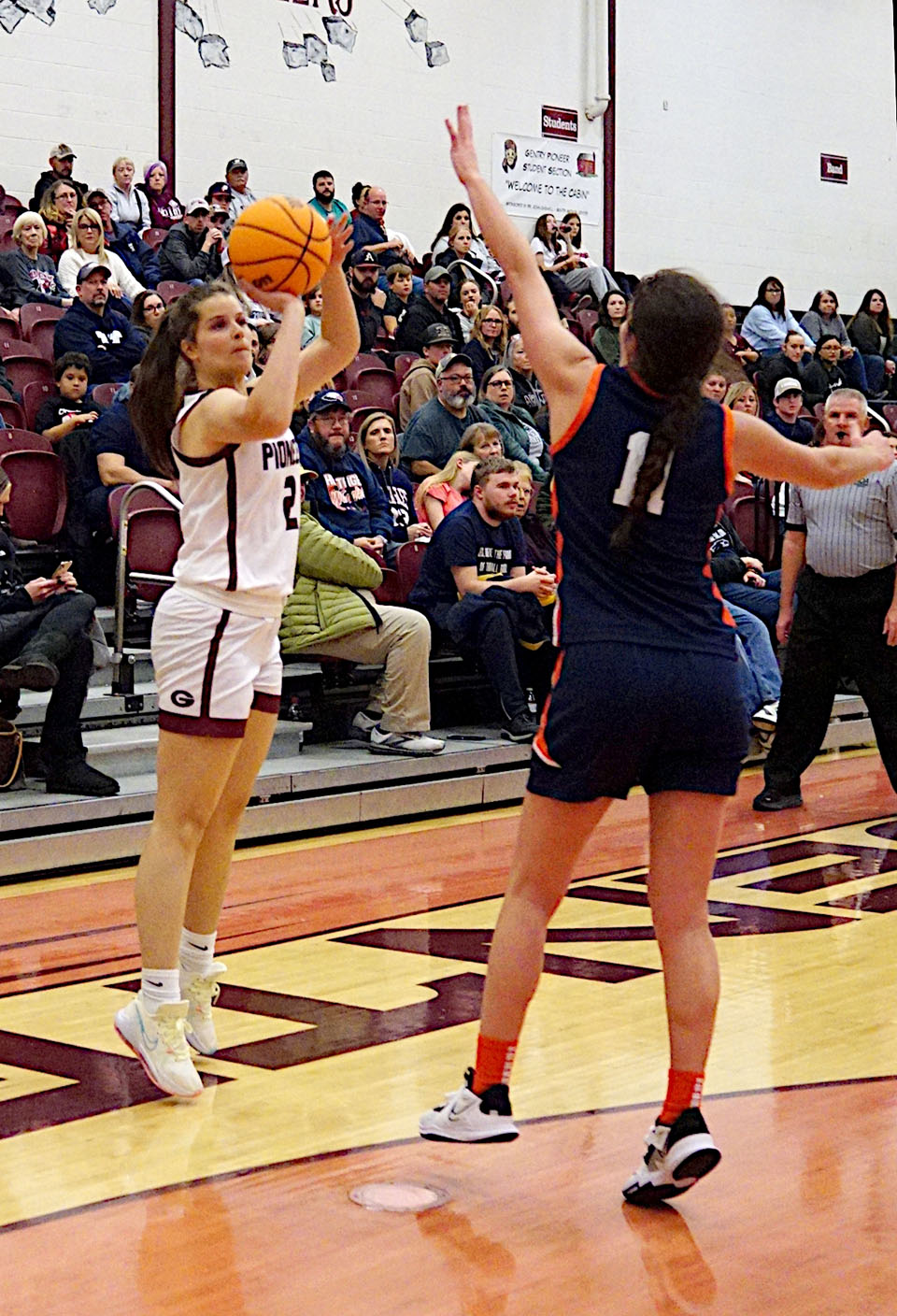 Westside Eagle Observer/RANDY MOLL Reese Hester shoots the ball from outside during play in Gentry against Rogers-Heritage on Nov. 15 at Gentry High School.