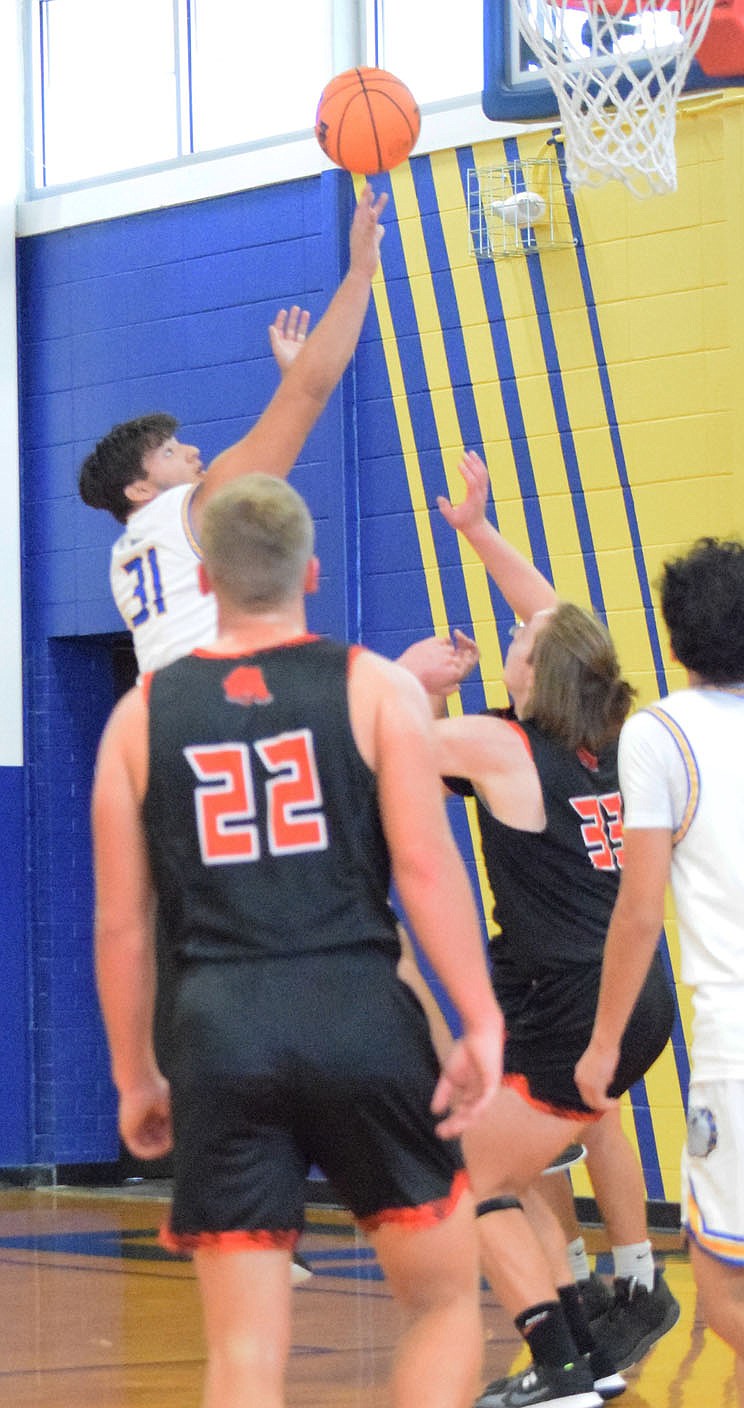 Westside Eagle Observer/MIKE ECKELS Brandon Montano (31) hits a layup that sparked a Bulldog rally early in the second half of the Decatur-Gravette basketball game in Decatur Saturday morning. The Lions took the win for third place in the Decatur Hoop Fest basketball tournament.

DECATUR -- It was a rivalry not seen since the mid-sixties when two local teams were once part of the same conference. At stake were bragging rights and a third-place tournament finish.

The Gravette Lions rolled into Decatur around 10 a.m. Saturday morning to take on the host Decatur Bulldogs in the consolation round of the Decatur Hoop Fest at Peterson-Owens Fieldhouse. A short time later, Lion fans began funneling into the visitor's section of the Decatur facility.

The opening tip went to Gravette, which, only 10 seconds into the first quarter, landed a field goal for the first two points of the contest. For the next eight minutes, the Lions, led by Gunnar Woolard, began a 23-point run while holding the Bulldogs to only six. For the remainder of the first half, the Bulldogs struggled to keep up and the Lions took full advantage. By the end of the half, Gravette led Decatur, 39-10, a gap from which the Bulldogs would be hard-pressed to recover.

In the Bulldog locker room, Decatur head basketball coach Austin Frederking delivered an emotional speech that resonated with every player -- so much so that when the Decatur Bulldogs emerged from the locker room, the entire team hit the court running, ready for a long fight against big brother to the north.

Instead of Gravette continuing its dominance in the contest, it was Decatur that was now in firm command of the next 16 minutes. This took the Lions by total surprise -- so much so that the team began making mistake after mistake as the Decatur defense, led by Deegan Brooks, JJ Herrera and Caleb Thompson, began blocking shot after shot while a sudden run by Brandon Montano, who put up three consecutive field goals, renewed the Bulldog fighting spirit. By the end of the third quarter, Decatur had amassed 15 points while holding the Lions in the single digits.

Although the Bulldogs were never able to take the lead, it was Bulldog pride that enabled the team to play one of its best second halves against a much stronger team. The Gravette Lions went on to take the contest, 61-40, for a third-place tournament finish. The Bulldogs finished fourth in the Decatur Hoop Fest.

On the Decatur side, Brandon Montano led the way with his first double-figure night, racking up 10 points. Ben Watkins was the Bulldogs' second leading scorer with nine, followed by JJ Herrera with six, Jackson Montano with five, Landon Watson and Deegan Brooks with four each and Devin Thor with two.

On the Gravette side, Gunnar Woolard had his second tournament double with 19 points. Holden Betz was the only other Lion in double figures with 13. Dewitt, Beaver, Will Betz, Holmes all contributed four points each, while Larson added three. Also contributing a field goal (2) for the night were Sandavol, Munoz, Schutz, Myers and Blevins. 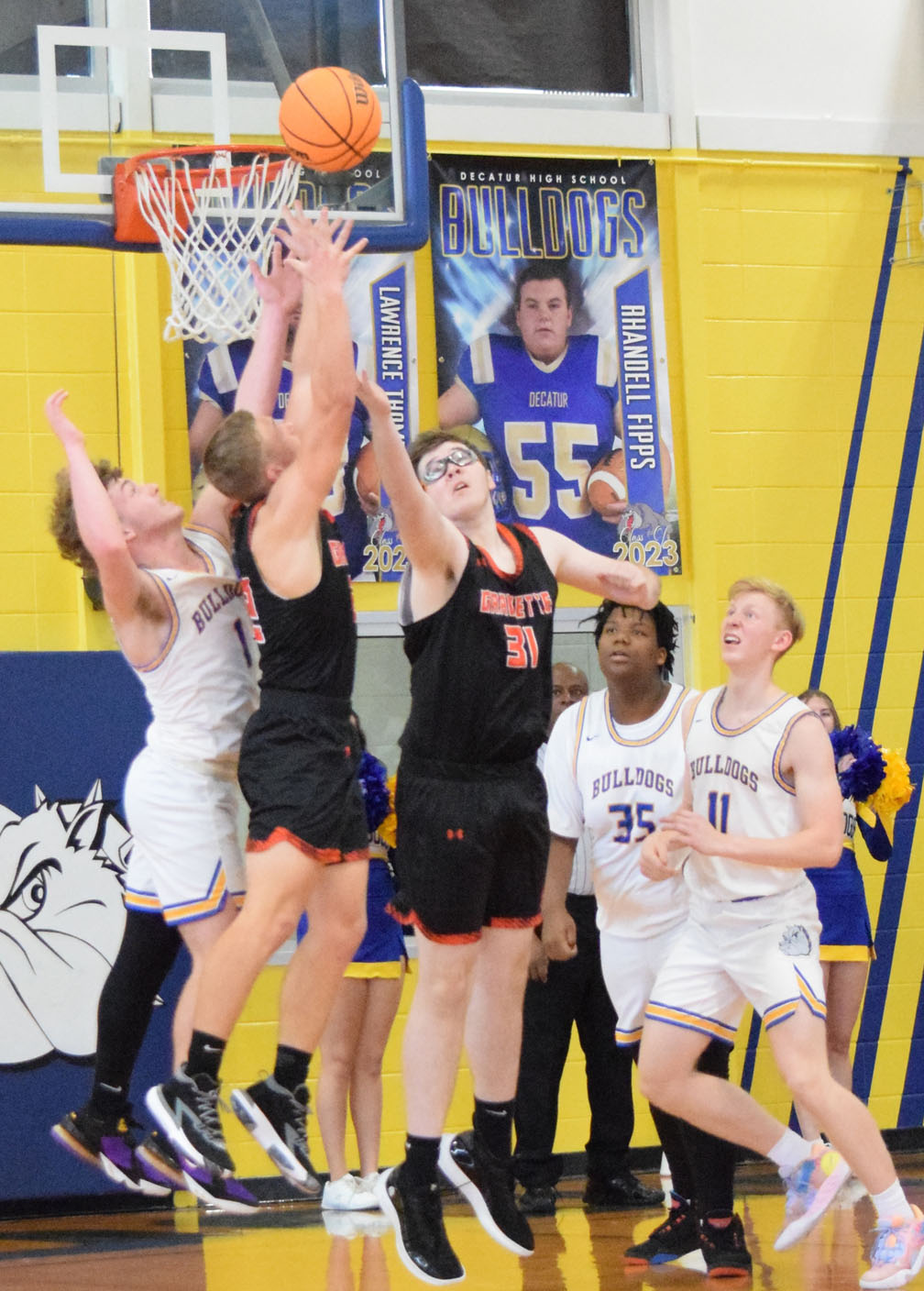 Westside Eagle Observer/MIKE ECKELS A pride of Lions and a lone Bulldog fight for possession of a rebound during the second quarter of the Decatur-Gravette basketball contest at Peterson-Owens Fieldhouse in Decatur Saturday morning. The Lions picked up the loose ball and hit a jumper a few seconds later for a field goal. 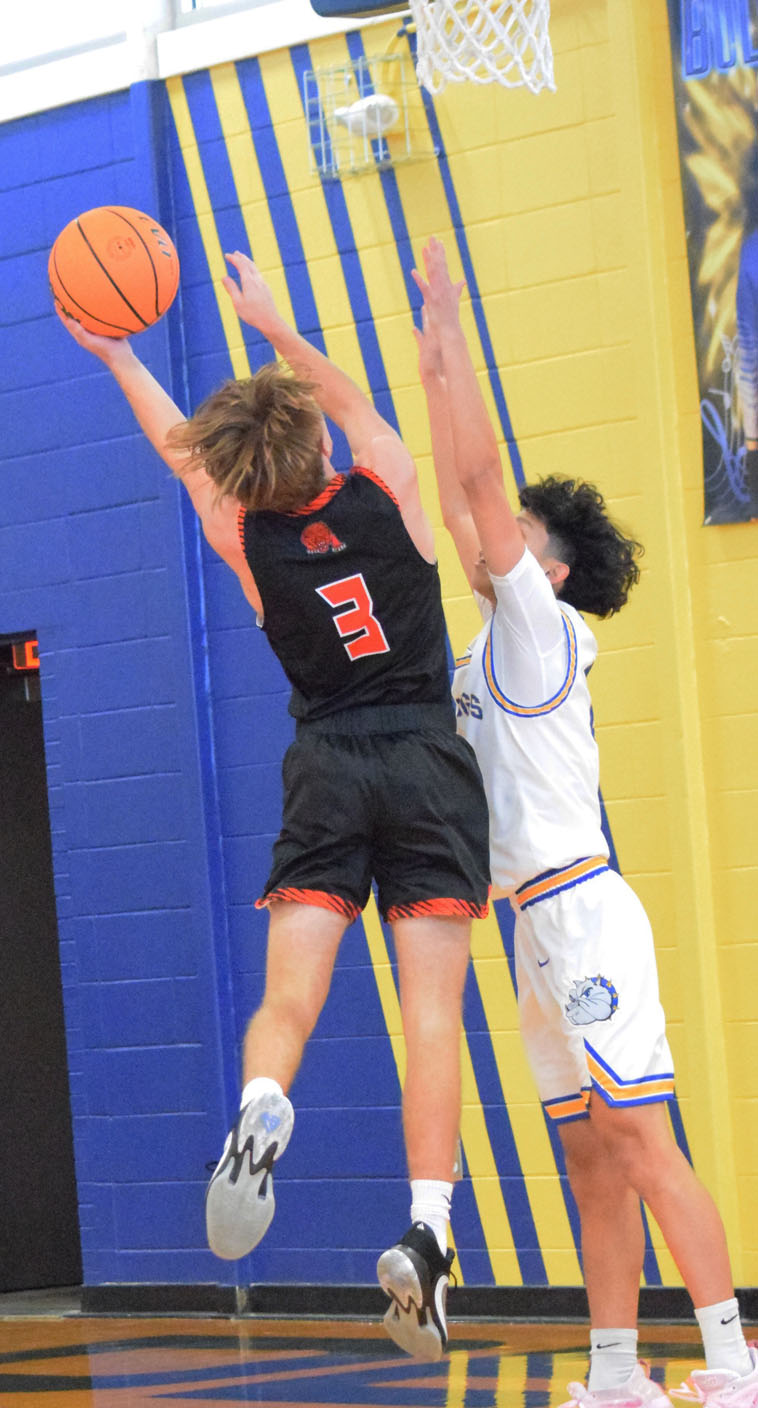 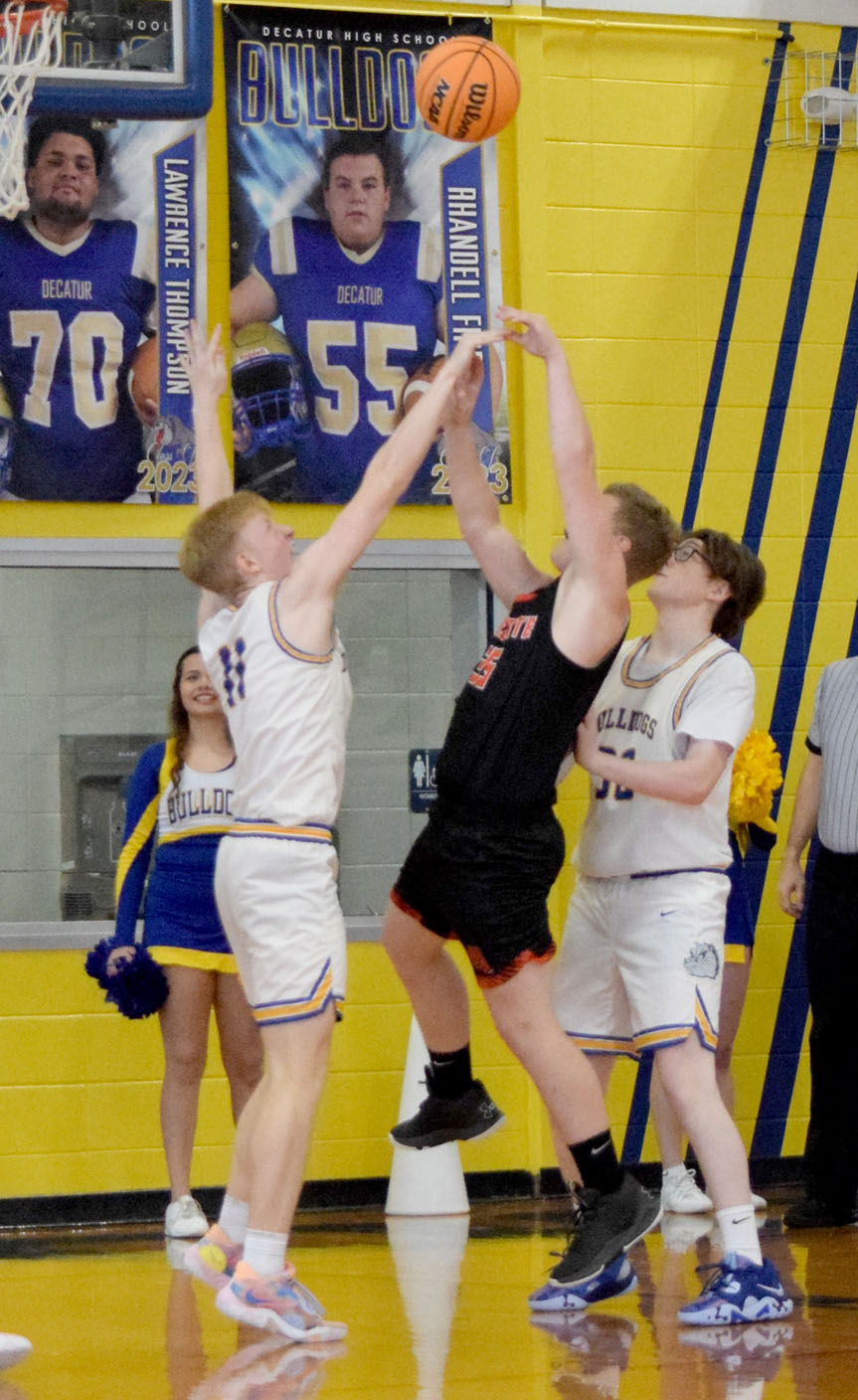 Westside Eagle Observer/MIKE ECKELS Bulldog Deegan Brooks manages to tip away the ball as a Lion player attempts a jump shot during the Decatur-Gravette basketball contest at Peterson-Owens Fieldhouse in Decatur Saturday morning. The Lions took the win for a third-place finish in the Decatur Hoops Fest basketball tournament, while the Bulldogs finished fourth.