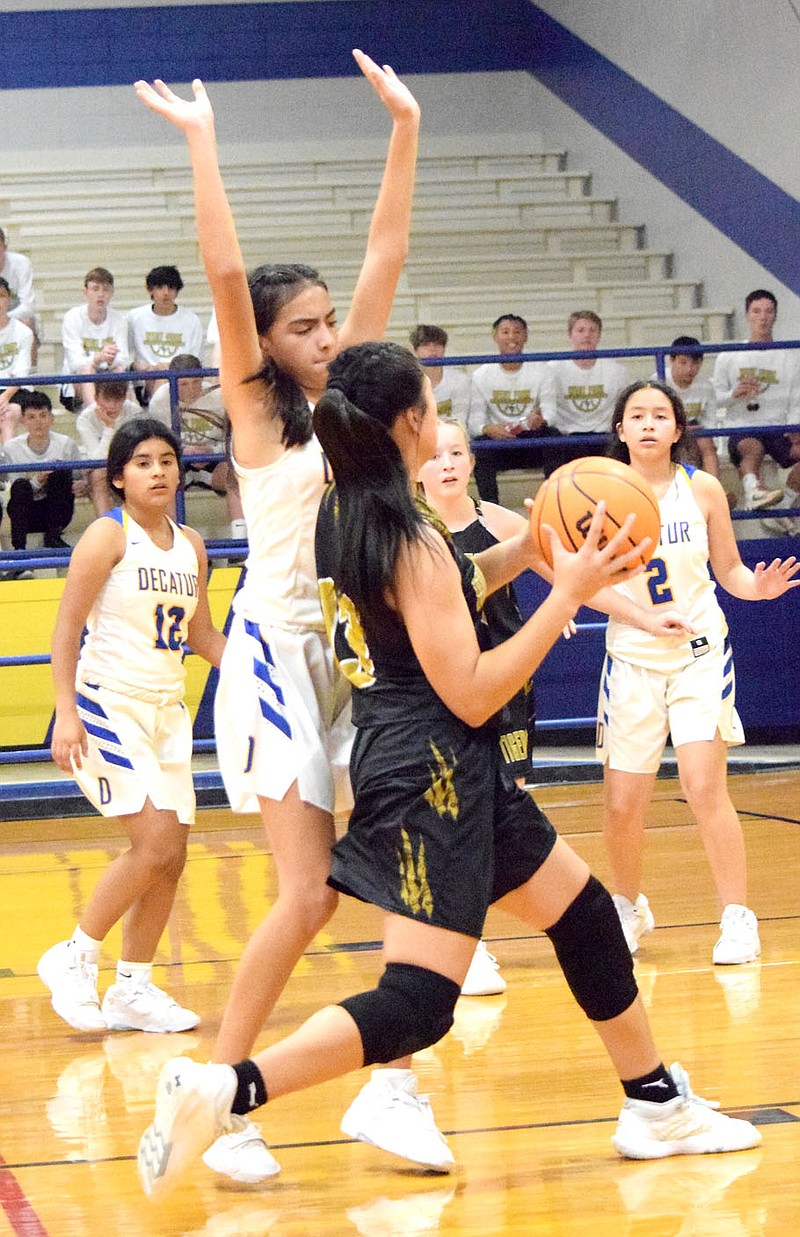 DECATUR -- After a week of cheering on their older teammates during the Decatur Hoop Fest on Nov. 14, the Decatur Lady Bulldog junior high team had its moment in the spotlight. The results of the contest were positive for Decatur sports fans.

The junior high girls, playing in the only scheduled game of the week, took on their counterparts, the West Fork Lady Tigers, on Nov. 21 in a nonconference contest at Peterson-Owens Fieldhouse in Decatur. It has been four years since these two teams last met on a basketball court.

Daisy Fuentes gained the upper hand during the opening tipoff, sending the ball into the hands of teammate Leslie Hernandez. Within a few seconds, the Lady Bulldogs junior high team had its first field goal of the night. The Lady Tigers managed to put up a jumper for its first points of the night and tied the Lady Bulldogs at two all.

The Decatur Lady Bulldog junior high managed to pull off another win over the West Fork Lady Tigers.

The junior high Lady Bulldogs were scheduled to be back in action after the Thanksgiving break, on Monday, Nov. 28, at Peterson-Owens Fieldhouse in Decatur. The junior high and varsity girls' teams were to take on Haas Hall Bentonville in a 4 p.m. contest. 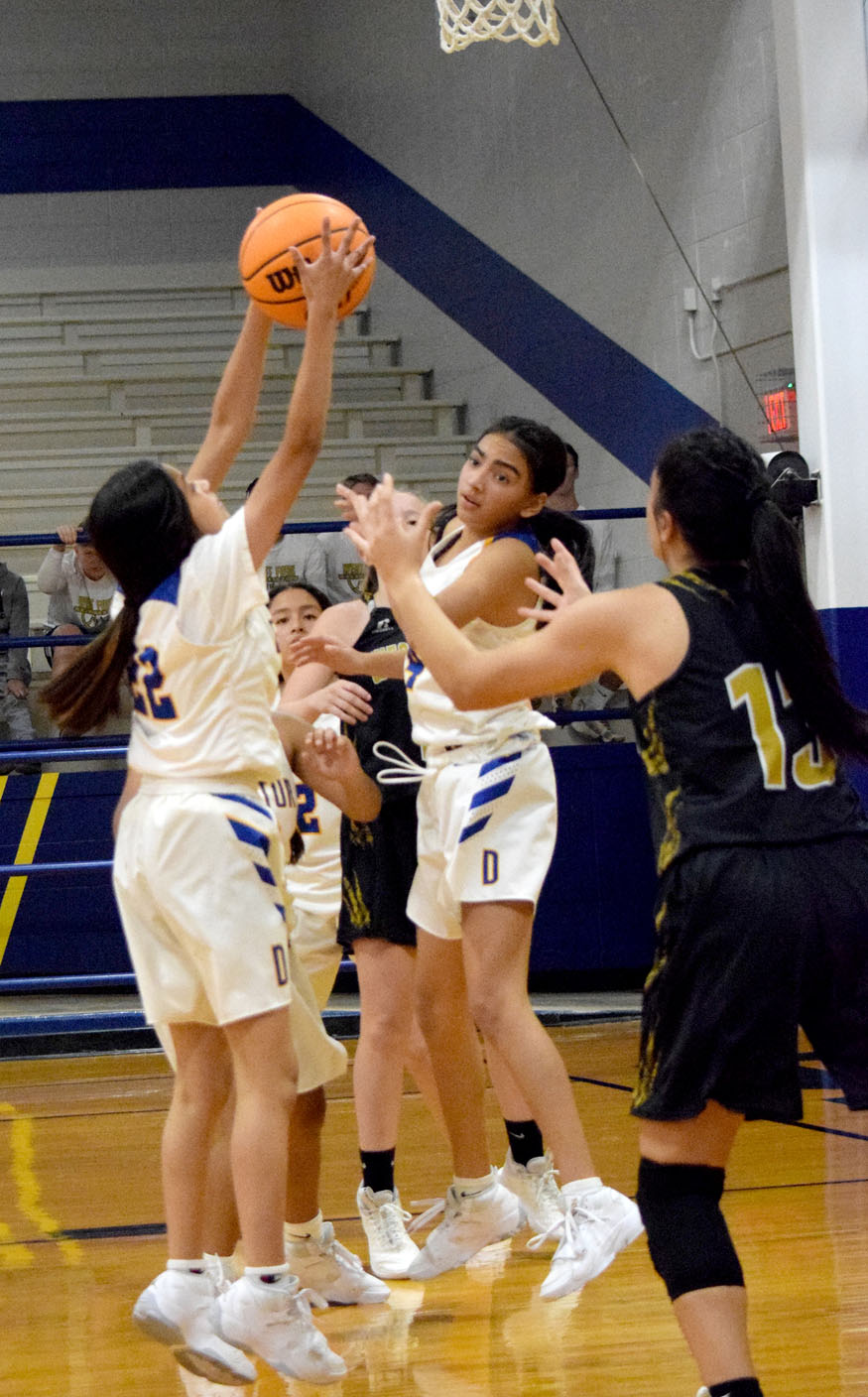 Westside Eagle Observer//MIKE ECKELS Lady Bulldog Kaylen Cruz (22) pulls down a rebound during the first quarter of the Decatur-West Fork junior high girls basketball contest at Peterson-Owens Fieldhouse in Decatur Nov. 21. The Lady Bulldogs took the win over the Lady Tigers in the nonconference contest.