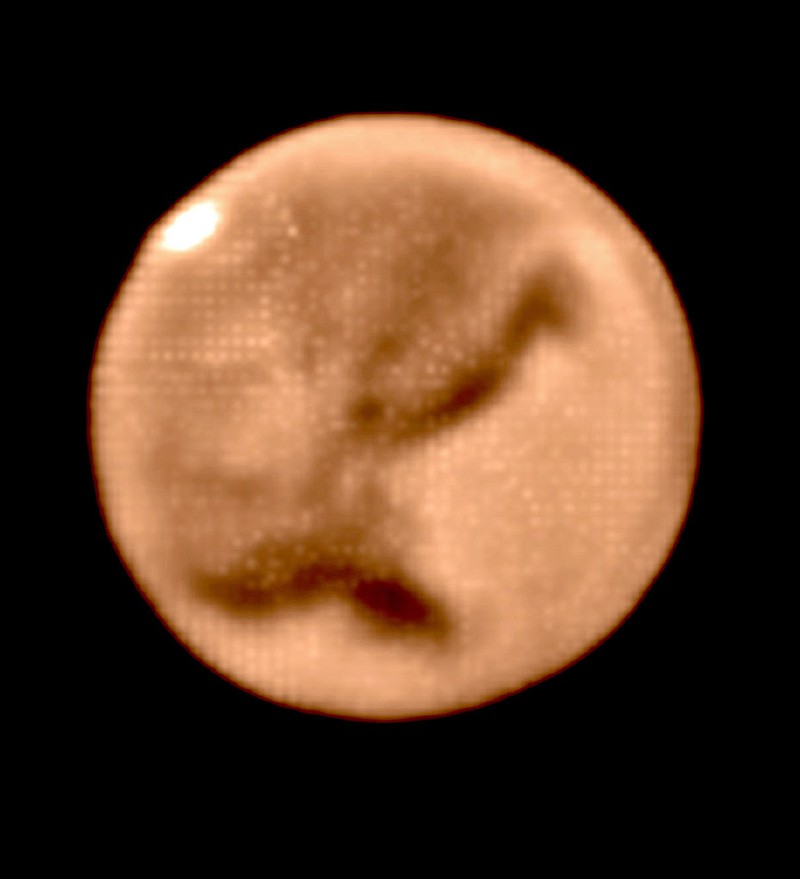 David Cater/Star-Gazing Getting a clear view of Mars is a challenge. Turbulence always affects the viewing of the planets adversely, but more so with Mars. If you want to see it at its best, wait up late at night until Mars is nearly overhead and you will be looking through the thinnest part of Earth’s atmosphere.

Christmas is coming and another year is about to end. A new one begins. I wish all who read this a great Christmas and a good new year full of peace and prosperity. This may be a dream, but we all have to have them ...

In December, Orion the Hunter will begin to dominate the night sky as the most familiar constellation. At the beginning of the month, look for Orion over the eastern horizon after 9 p.m. It will appear that he is lying on his side, perhaps having slept through summer. It is time for him to start getting up, and so he will be as the new year comes on. There is much to say about this constellation, but this will come in later columns.

Jupiter is very bright in the night sky, becoming higher and higher as December continues. Saturn is still quite visible, but it hangs in the night sky past the zenith, starting to be in the southwest. In the coming months, it will disappear for a time, moving behind the Sun from our perspective. Then, it will be a morning object, only seen if one gets up before sunrise.

A telescope as small as four inches may show one of the planet's ice caps, and using a six-inch glass, one may begin to see various markings. Getting a clear view of Mars is a challenge. Turbulence always affects the viewing of the planets adversely, but more so with Mars. If you want to see it at its best, wait up late at night until Mars is nearly overhead and you will be looking through the thinnest part of Earth's atmosphere. Turbulence may be at a minimum then and, for fleeting instants, you may get a good view.

At the last closest pass of Mars from Earth, about two years ago, I tried photographing Mars with my first planetary camera. I had only a small aperture and not the best of cameras, but I have included in this article an image I made with this first-try equipment. In December, I hope to get a better image with a larger aperture and a much better camera. If I get anything good, perhaps you will see it in this column.

When it is clear in December, it is often very clear. But ... clouds and storms, especially until spring appears, will dampen many an amateur's attempts to see the remarkable beauty of the universe -- for about three months. One needs to take advantage of those few clear nights -- I know I will. I will dress up in my winter viewing suit -- I can barely move while wearing it --and I will see what I can and tell you about it!

David Cater is a former faculty member of JBU. Email him at [email protected] Opinions expressed are those of the author.