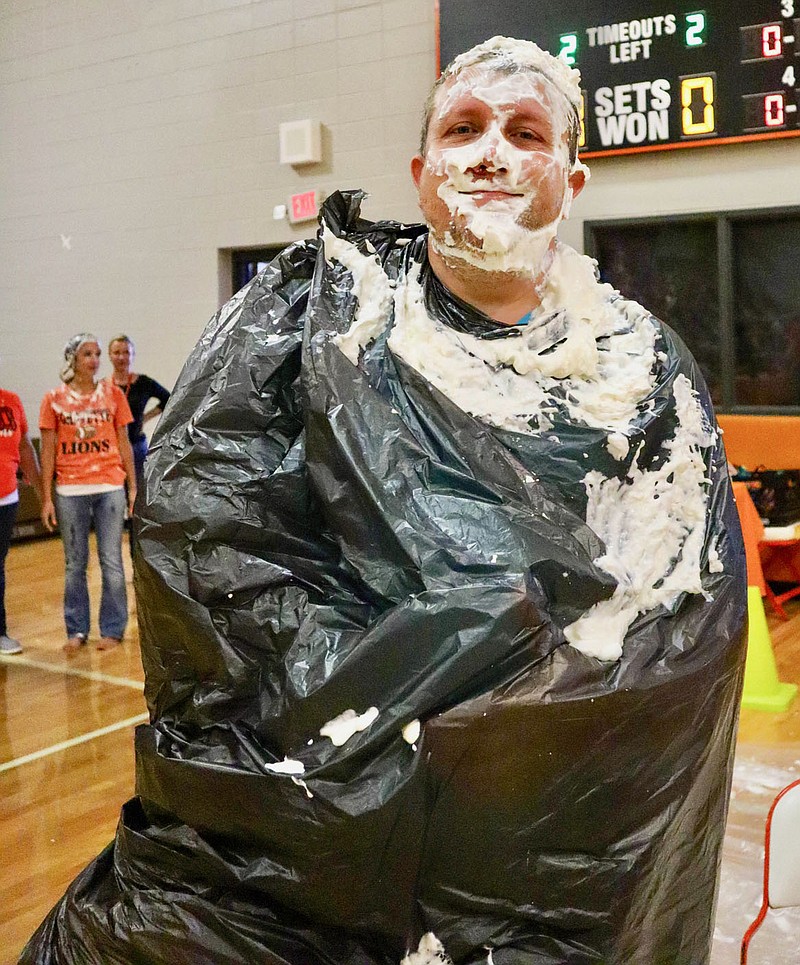 Submitted Photo Gravette Middle School principal Taos Jones still has a smile on his face, even after receiving a few pies in the face during the school's ACT Aspire test scores celebration Thursday, Sept. 8. Jones told the GMS students he would agree to the stunt if their scores ranked in the top 10% regionally. When they exceeded that ranking he was happy enough to provide a little entertainment at the school's celebration.

An announcement was made regarding where GMS students ranked regionally, and teachers and administrators were very pleased with the results.

GMS principal Taos Jones said that if the local students ranked in the top 10 overall regionally, he would agree to be pied in the face. He made good on his promise and followed through to receive the pie, much to the delight of teachers and students looking on. He was so happy about the test scores he still had a smile on his face when the celebration was over. 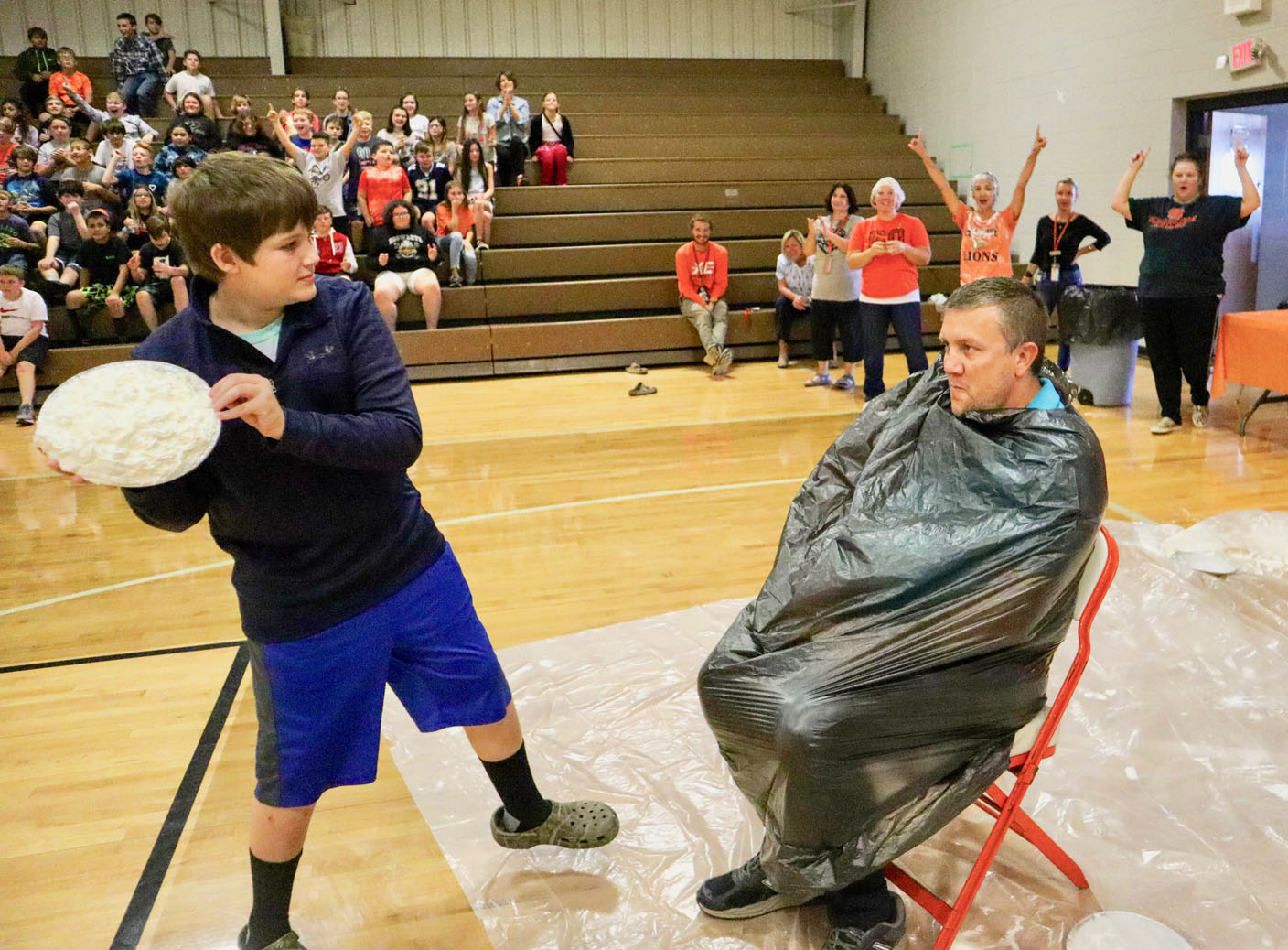 Submitted Photo Gravette Middle School principal Taos Jones has covered himself in plastic and is awaiting a pie in the face at the school's ACT Aspire test scores celebration last Thursday. Jones had told the students that if their scores ranked in the top 10% regionally he would agree to the pie stunt. When they ranked in the top 8.8% he had to follow through on his promise. 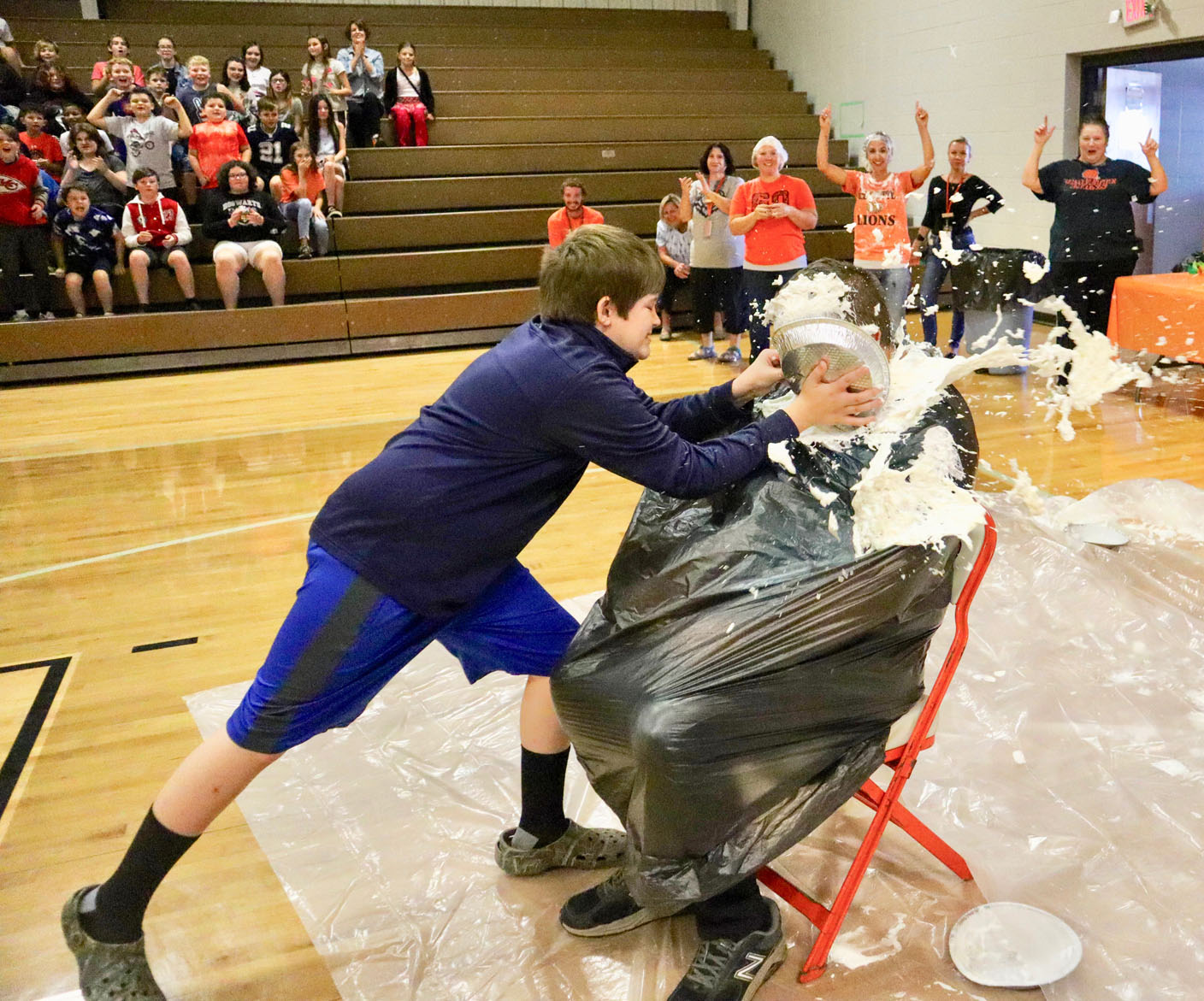 Submitted Photo Pie is splashing in all directions as a Gravette Middle School student connects squarely with principal Taos Jones' face during the school's ACT Aspire test scores celebration Thursday, Sept. 18. Teachers and students in the background react with glee, not only excited about the school's excellent test scores but overjoyed to see principal Jones make good on his promise.