Gentry pulls away in second half to rout Pea Ridge 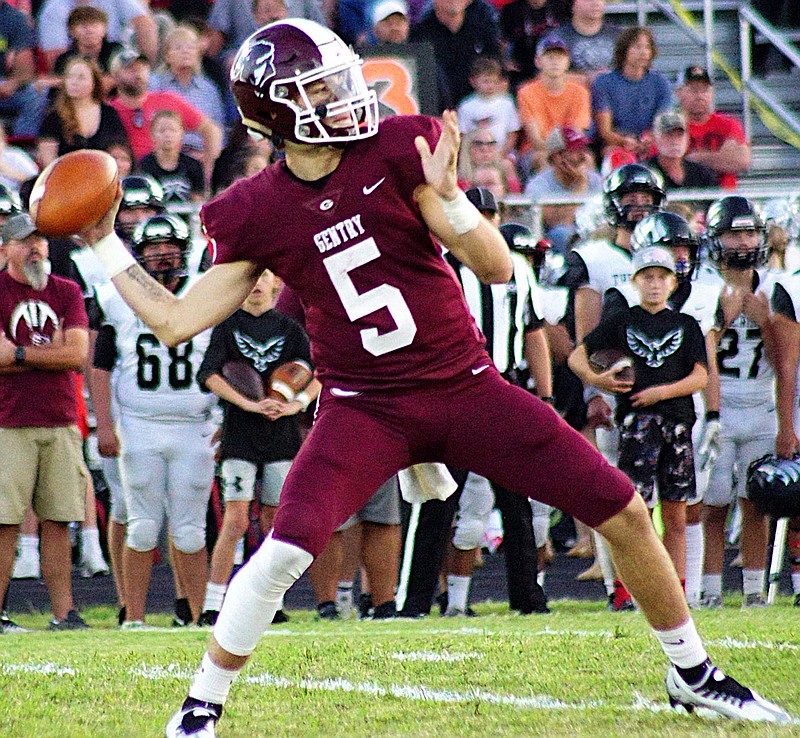 "We put a lot on him," Pioneers Coach Justin Bigham said. "As a returning starter and a senior, he's really taken under the fact of learning the game and learning how to throw people open and understanding what we're trying to do."

Running back Ty Hays, another senior, gained 257 yards on 23 carries and added a 28-yard touchdown in the fourth quarter.

"I think that it's a team effort," Bigham said. "Those [Bell and Hays] are two great kids and players. But it's not possible without those big dudes up front. And it helps to be able to throw it to Dillon [Jarnagan] and [Addison Taylor] and Braedon Warren on the edge."

The Blackhawks (2-1) got two touchdown passes from Gavin Dixon, who rushed for 132 yards and a score on 12 carries.

On first down after taking over at the Pea Ridge 35 after a punt, Bell and Jarnagan connected again. It was 21-7 with 27 seconds remaining in the first quarter.

The Blackhawks pulled within 21-14 on Dixon's 15-yard touchdown pass to Kayden Rains.

But the Pioneers posted the final 13 points of the half on Bell's 13-yard keeper and his 10-yard pass to Warren.

Leading 34-14 at halftime, Gentry continued to roll after intermission and led 53-20 after three quarters. 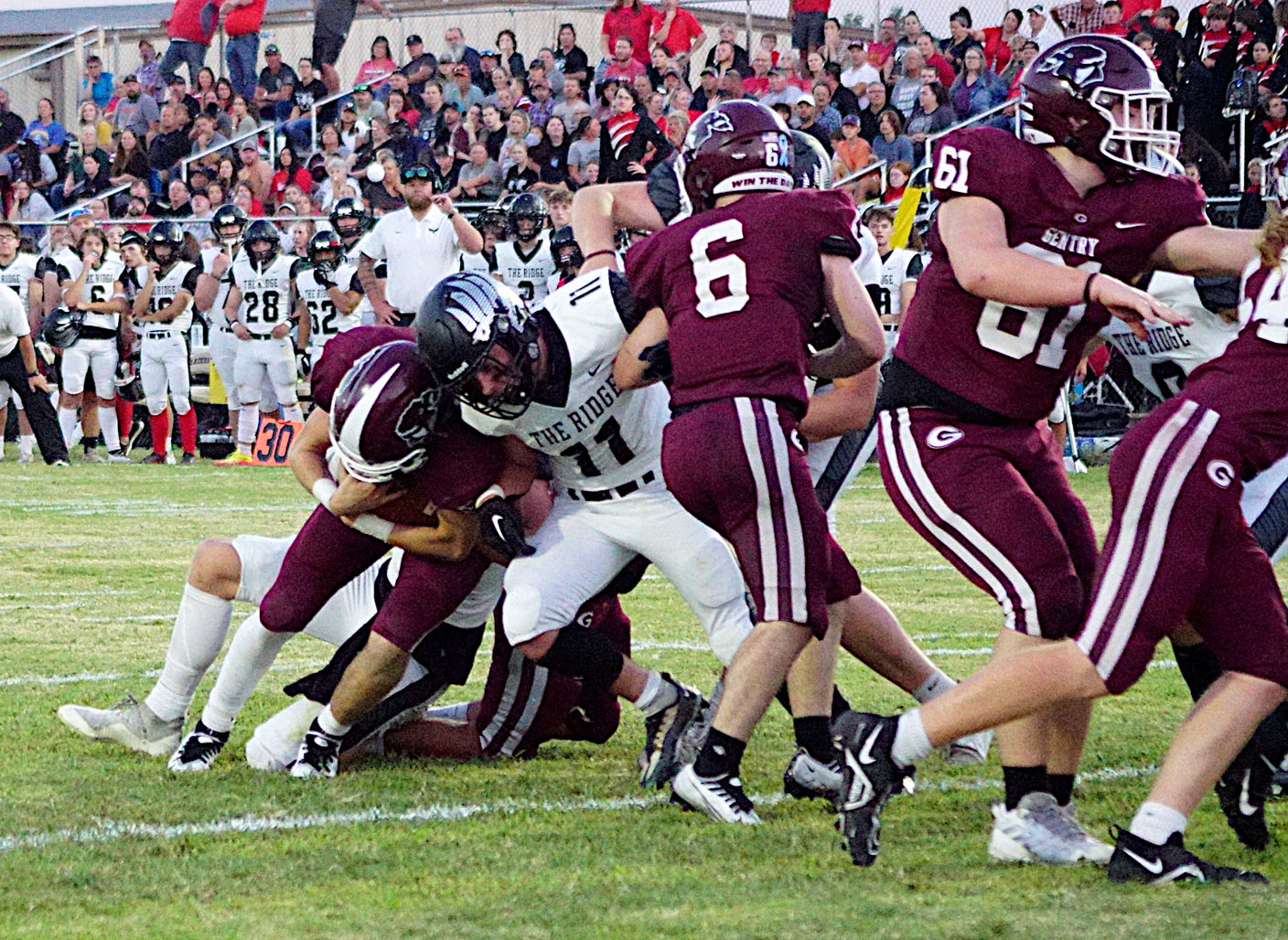 Westside Eagle Observer/RANDY MOLL Behind the Gentry offensive line, senior quarterback Chris Bell powers his way across the goal line for a Gentry touchdown during play against Pea Ridge in Pioneer Stadium in Gentry on Friday night. 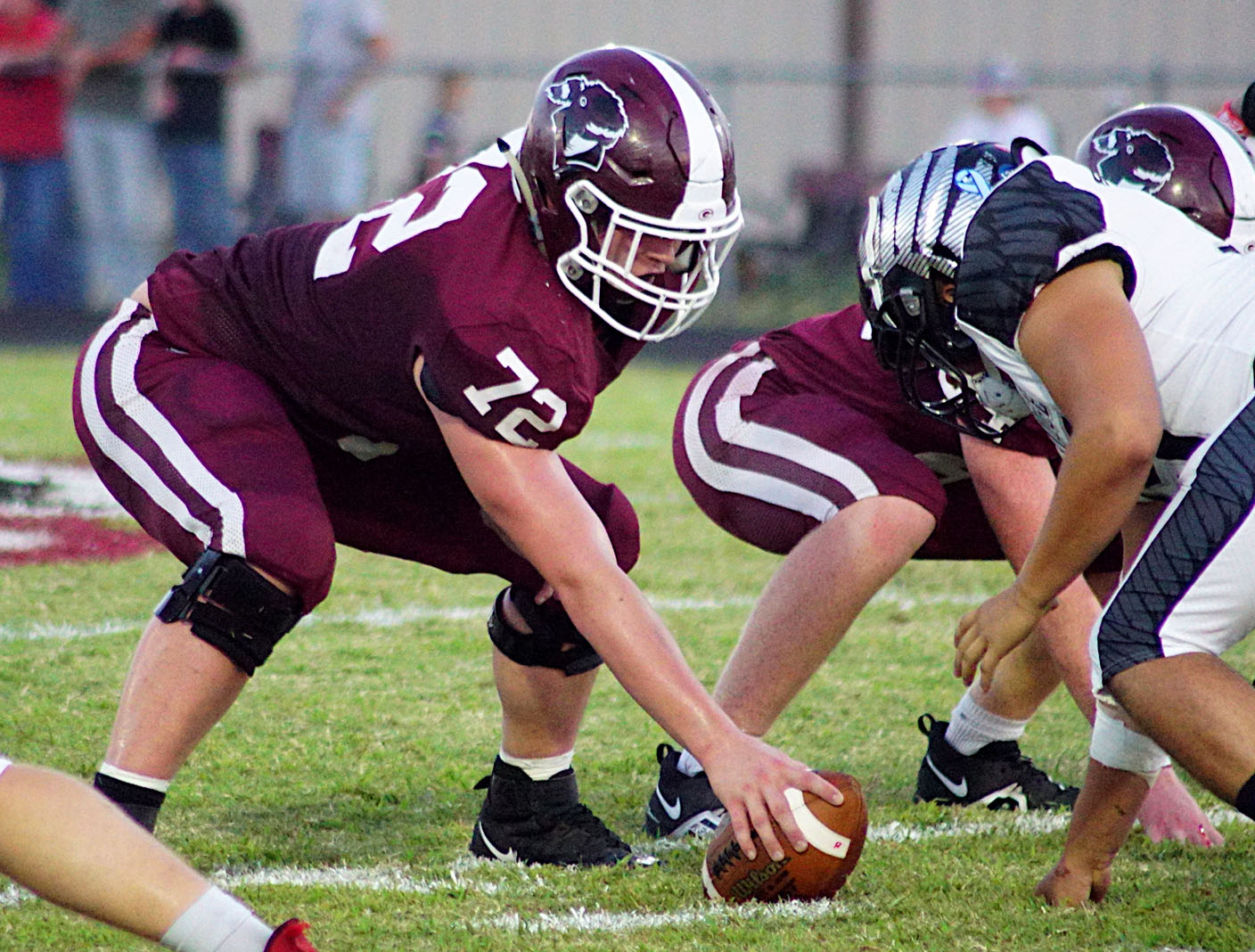 Westside Eagle Observer/RANDY MOLL Gentry senior Dalton Tuttle gets ready for the snap during play against Pea Ridge in Pioneer Stadium in Gentry on Friday night.

Print Headline: Gentry pulls away in second half to rout Pea Ridge