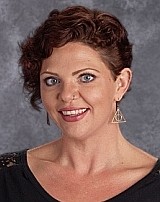 GENTRY -- Leah Queen, 43, a physical education teacher at Gentry Intermediate School was arrested Thursday in connection with charges of possessing a controlled substance and sexual assault in the second degree, according to the Benton County Jail arrest log.

According to the probable cause affidavit of the Gentry Police Department, Queen is alleged to have had sexual contact with a 17-year-old high school student in 2010.

The affidavit states that the alleged victim says the sexual contact began in the summer of 2010. According to the affidavit, Queen engaged in sexual activity with the 17-year-old in Queen's office or office bathroom at the former intermediate school.

According to Arkansas Code 5-14-125, sexual assault in the second degree includes sexual contact by a teacher in a K-12 public school with a student in the public school less than 21 years of age.

Arkansas has no statute of limitations for sexual assault in the second degree involving a minor.

As of Friday, bond had not been set for Queen.

Gentry Police Chief Clay Stewart asked that any parents with reason to believe Queen may have had inappropriate contact with their children contact the Gentry Police Department.

The Gentry School District notified parents on Friday afternoon with a message from Superintendent Terrie DePaola sent via SwiftReach which said: "Thank you for your concern regarding an incident with a teacher. We understand and are also concerned. At this time, we have no information regarding the incident(s) leading to the charges made. We are aware of no allegations that would impact our current students and families."

Queen has been a respected teacher in the Gentry School District for 20-plus years. According to a Nov. 26, 2014, article in the Westside Eagle Observer, Queen received the 2014-2015 Teacher of the Year Award from the Arkansas Association of Health, Physical Education, Recreation and Dance.

According to the 2014 article, Queen and her students raised money for the American Heart Association through "Jump Rope for Heart." In the spring of 2014, she was recognized by the Motts Cooperation and the Arkansas CW as an outstanding P.E. teacher. She served on the board of the Arkansas Association of Health, Physical Education, Recreation and Dance and was the 2014-2015 president.