Are there wolves in Arkansas? 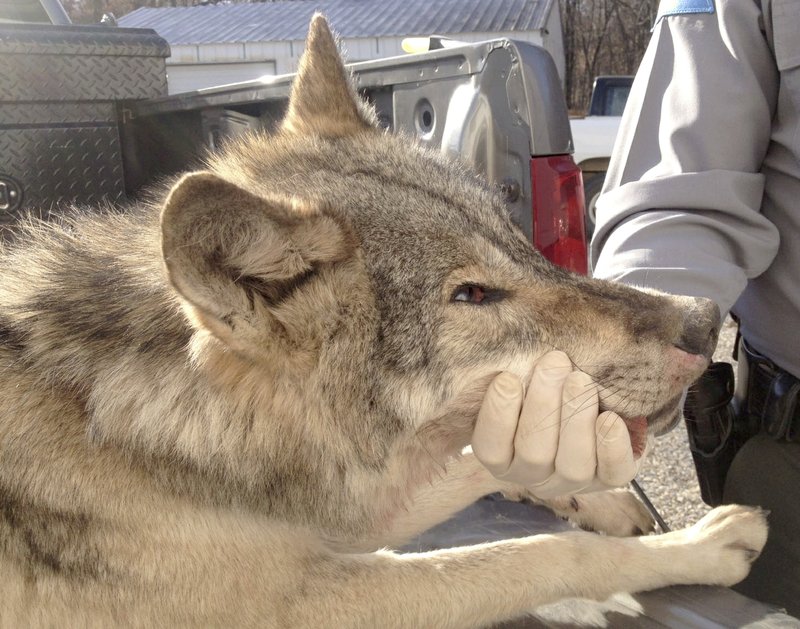 MISSOURI DEPARTMENT OF CONSERVATION This canine shot in southeast Missouri in November of 2013 was confirmed as a wolf by Missouri Department of Conservation officials.

NORTHWEST ARKANSAS -- Some of you may remember an editorial I wrote back on Feb. 1, 2012, asking the question: "Are there wolves in Arkansas?" and mentioning a possible sighting. Since that time, I have received numerous responses from readers across the state with accounts of seeing what they believed was a grey wolf.

Arkansas Game and Fish Commission told me that what people were seeing is likely wolf-dog and wolf-coyote cross animals, possibly containing some bloodline from the, now extinct in Arkansas, red wolves which once were abundant in the region.

I remember, too, when I was a child, growing up in southeast Missouri, hearing accounts of wolf sightings there but also hearing officials saying there were no wolves in the state.

Perhaps this is why the photo above and article which follows caught my attention. Apparently, there are, at least occasionally, wolves in Missouri, wolves like I saw when I lived in northern Minnesota, even though they were a rare sighting there as well.

If a grey wolf, akin to those up north, can be found in Missouri, why not Arkansas?

As I said back in 2012, we were told there were no cougars in Kansas a number of years ago when I lived there -- well, until enough people saw them and some were killed there. On our last trip back, my daughter showed me a photo of a cougar stalking a deer there.

And, my wife saw one of the big cats during her travels just a week ago here in Arkansas, along U.S. Highway 71, north of Waldron. Don't tell her I believe her. I prefer to give her a bad time about seeing things.

CAPE GIRARDEAU (Mo.) -- DNA testing by the U.S. Fish and Wildlife Service has confirmed that a canine shot in Wayne County, Mo., in late November by a private landowner while hunting is a grey wolf, most similar to grey wolves from the Great Lakes population.

The landowner contacted the Missouri Department of Conservation after he shot the animal and surrendered it to the department so biologists could determine the animal's species. The department transferred the carcass to Fish & Wildlife for testing.

"Because of the great variety in the bodies of dogs, coyotes and wolves, it's important that we get DNA evidence to ensure correct identification of the animal," Jeff Beringer, a Missouri Department of Conservation resource scientist, said. "We have DNA signatures from all captive wolves and wolf-hybrids in the state. We also compare DNA from the animal in question with DNA of wolves around the country to help determine the origin of the animal."

Initial examination of the animal by Beringer determined that it was an 80-pound female canine, approximately two years old. The animal did not have a microchip, tag or tattoo, which would identify it as an escaped captive animal.

There is no known breeding population of wolves in Missouri, Beringer said. Over the past decade, Missouri hunters have occasionally shot wolves that wandered here from other states, mistaking them for coyotes.

Print Headline: Are there wolves in Arkansas?