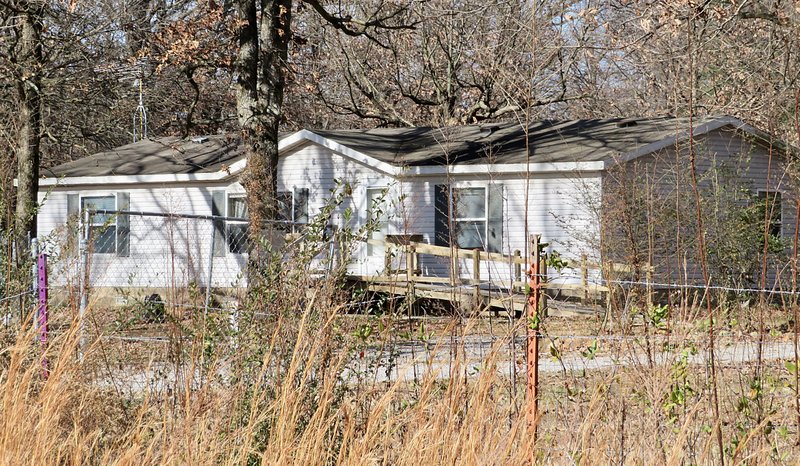 Westside Eagle Observer/RANDY MOLL A 1 1/2-year-old toddler died Saturday evening in a house fire in this home at 22718 Worthington Road, west of Gentry.

GENTRY — A toddler is dead after a home caught fire Saturday, according to Gentry Fire Chief Vester Cripps.

Cripps said Sunday the fire started about 5 p.m. in a house at 22718 Worthington Road, west of Gentry. The family's last name was Sharp, Cripps said.

The occupants of the house were home, but they were not inside when the fire started, he said.

During the course of calling for help and extinguishing the fire themselves, the family lost track of the child, he said.

The 18-month-old child went back inside to get a dog and was later found dead, Cripps said.

Cripps said the cause of the fire is believed to be electrical, but the investigation is ongoing.

He said the child's death was thought to have been caused by smoke inhalation, but that too is yet to be officially determined.

The Benton County Sheriff's Office and Fire Marshal are investigating the fire and death.