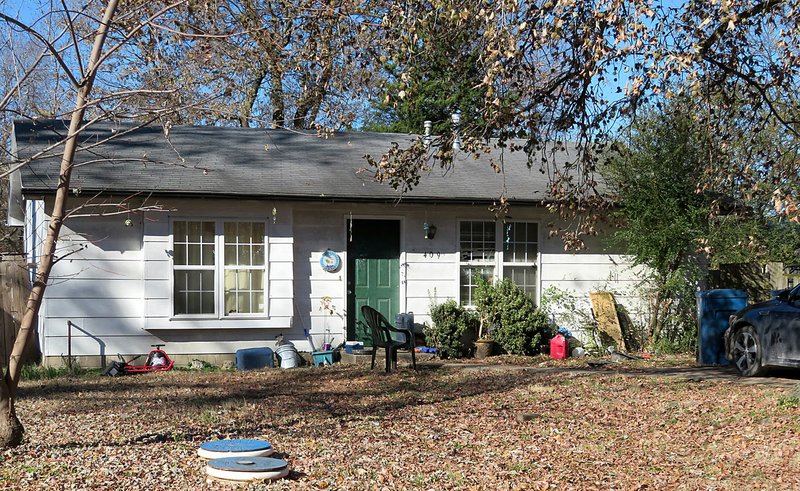 Westside Eagle Observer/RANDY MOLL According to Gentry police, four shotgun blasts were fired into the front of this home at 409 S. Giles Ave. in Gentry shortly before 8:30 p.m. on Monday, Nov. 18, 2019.

GENTRY -- Police have made three arrests and recovered a firearm in connection to a shooting incident on S. Giles Ave. in Gentry on Nov. 18.

According to Gentry police, Bryant Lewis Rector, 18, of 125 S. Byers Ave. in Gentry was arrested in Bentonville on Friday. Two other juvenile males, ages 13 and 16, have also been arrested and are in custody at a juvenile detention facility, according to Clay Stewart, Gentry chief of police.

Rector, according to jail logs, is being held in the Benton County Jail in connection with Gentry charges of terroristic act, breaking or entering, three counts of criminal trespass, theft of property, criminal mischief, possessing instruments of crime, discharging a firearm inside city limits, two counts of theft by receiving, two counts of possession of a controlled substance and possession of drug paraphernalia. No bond had been set as of Friday afternoon.

According to Clay Stewart, Gentry chief of police, the two occupants of the home were not injured, but pellets from a shotgun were found embedded in the front door of the home and a window on the front of the home was shot out.

According to Stewart, four shotgun blasts were fired into the front of the home. A neighbor who heard the blasts reported seeing someone in a hoodie leaving the scene and headed toward the southwest.

The area was sealed off by law enforcement officers from Gentry, Benton County and neighboring police departments, and police brought in a tracking dog to try to locate the shooter but were unsuccessful.

The shotgun, a .410 with a pistol grip, was later recovered when a search warrant was executed at Rector's home in Gentry.

Gentry police are continuing to investigate the motives for the incident, according to Stewart.

The arrests are also related to a number of break-ins and thefts from vehicles in the area near where the shooting incident occurred.