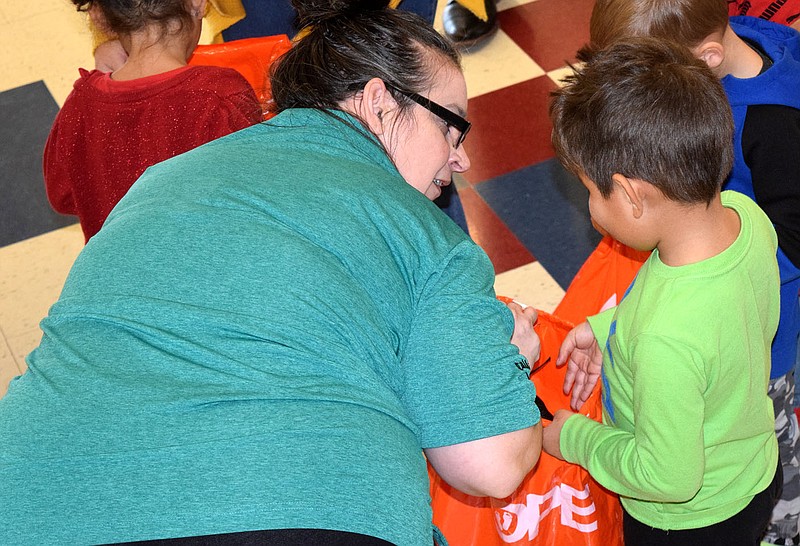 Throughout the day on Thursday, officials and volunteers from the schools and the community, including Decatur Police Chief Steven Grizzle and his officers, gave out bags filled with a new pair of shoes, socks and a few other small necessities during the Shoes-4-Kids event.

The event was organized by Alicia Morrow with Samaritan's Feet International, an organization that provides new pairs of shoes to low-income communities in order to give students a healthier environment in which to grow.

Since Samaritan's Feet International was founded in 2003, it and its many partner organizations have distributed over eight million pairs of shoes in 108 countries and over 440 United States cities, including Decatur.

On Wednesday, Dec. 8, the group of volunteers gathered at Northside Elementary to individually package each bag which was marked with the name of each child. Some of those volunteers also gathered to distribute the bags. Those helping with the distribution, in addition to Morrow, included Sam Morrow, Brittney Wilmoth, Emanuel Smith, Charlette Prince, Carolyn Taylor, Hailey Wilkins, Kim Wilkins, Sandy Duncan and Steven Grizzle.

Four months ago, the group set a goal of giving out 600 pairs of shoes and socks, one to every Decatur School District student. The group did just that and every student received new footwear, just in time for Christmas. 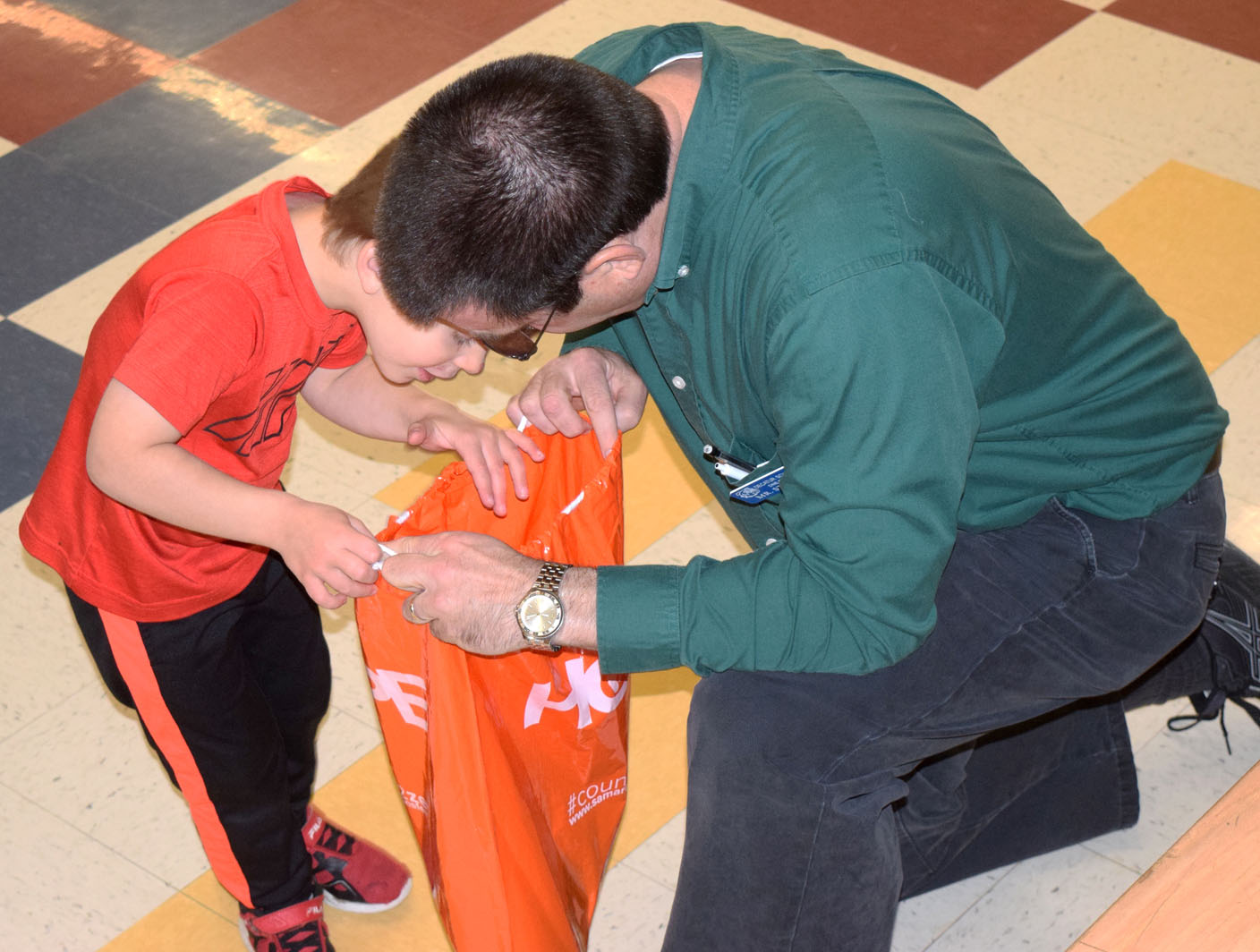 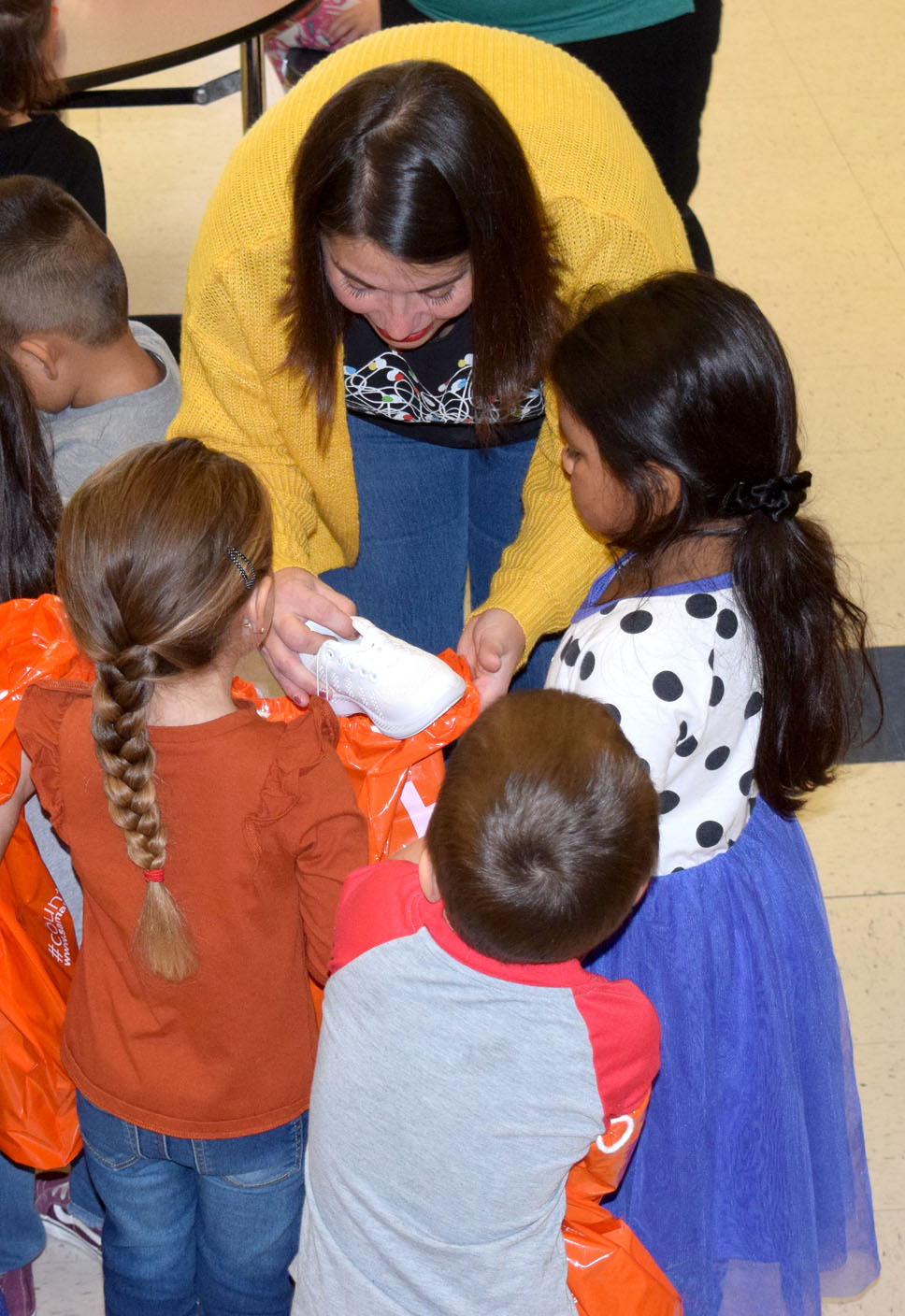 Westside Eagle Observer/MIKE ECKELS Brittney Wilmoth (upper center) pulls out a few items from the bag of one of her students during the Samaritan's Feet International Shoes 4 Kids giveaway at Northside Elementary in Decatur Thursday morning.