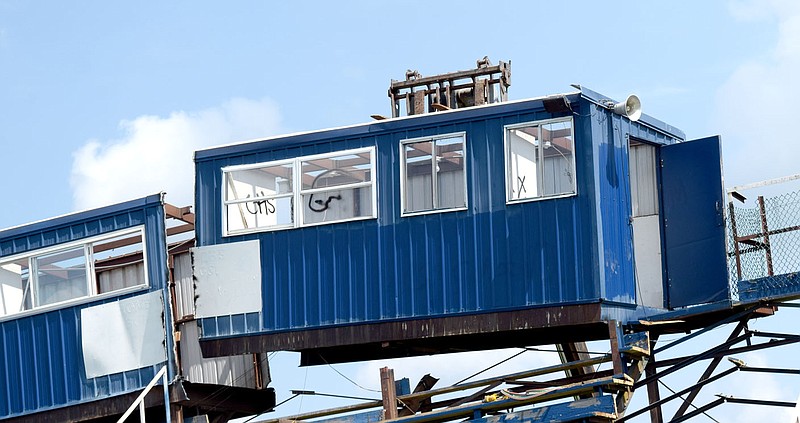 DECATUR -- A Decatur landmark met with the cutting torch July 5 as the 31-year-old Bulldog Stadium bleachers, a symbol of the Decatur Bulldog football and soccer teams, came down to make way for a new set of aluminum bleachers and a press box purchased from the Farmington School District in May.

The last crowd filled the old bleachers on May 8 for the final home soccer match between the Bulldogs and the Lincoln Wolves. The Bulldogs tied the match at two-all, cementing their second seed position in the state playoffs in North Little Rock on May 13. But Old Blue still had one more task ahead and one that taught a little science lesson.

Since the end of the 2020 football season, the Decatur School Board has been grappling with the idea of replacing the old wood and steel bleachers and press box with a new set of aluminum bleachers which the Farmington School District put up for sale in late 2019.

In 1990, the blue bleachers were acquired from the old Beaver Lake Speedway race track in Rogers by Dale and Beverly Harris. The previous set was on the south side of the stadium. Since this set was a little bigger, it was decided to erect them on the north side.

Over the last three years, time has not been on the blue bleachers' side as many of the boards had to be replaced because of weathering. The frame and supports were still in good shape but would eventually need to be replaced.

In early May, a deal was struck with Farmington to purchase the aluminum bleachers with the understanding that Decatur would foot the bill for transporting them to Bulldog Stadium.

During the last week of June, the new Bulldog Stadium bleachers arrived and were offloaded near their new home.

Demolition of the wooden bleachers began Monday morning, July 5, with the removal of the Ray Dean Crowley Press Box and the two sections of bleacher seats.

The press box was cut into two sections to accommodate the forklift's capacity. While the lift held the right side section of the box, a worker used a cutting torch to separate the box from the bleacher frame. As the lift operator pulled up to free the box from the frame, one section refused to budge. It was as if the box was saying it wasn't ready to go.

Eventually, both sides were taken down and loaded on a flatbed trailer and hauled to a scrap yard. Now the workers turned their attention to the wooden seats and steel framework. By Friday afternoon, the Decatur landscape around the high school was changed forever as the blue bleachers at Bulldog Stadium were standing no more.

The next step is to pour a concrete slab and footings for the new aluminum framework. Once this is accomplished and set, the new bleachers will go up and Bulldog Stadium will have a new look and feel. Completion of this project is set for August and the stands will soon go into service for the first Bulldog eight-man football contest. 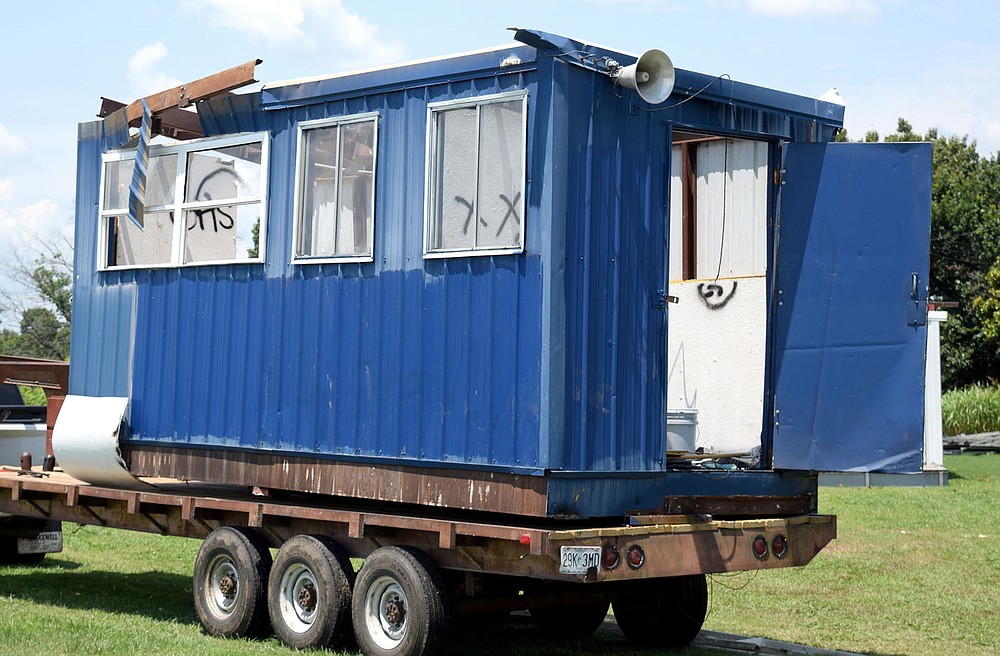 Westside Eagle Observer/MIKE ECKELS The old press box at Bulldog Stadium in Decatur is loaded on a trailer ready for the scrap yard July 7. The 31 plus year old structure will soon be replaced with an aluminum press box and bleachers purchased from the Farmington School District in late May. 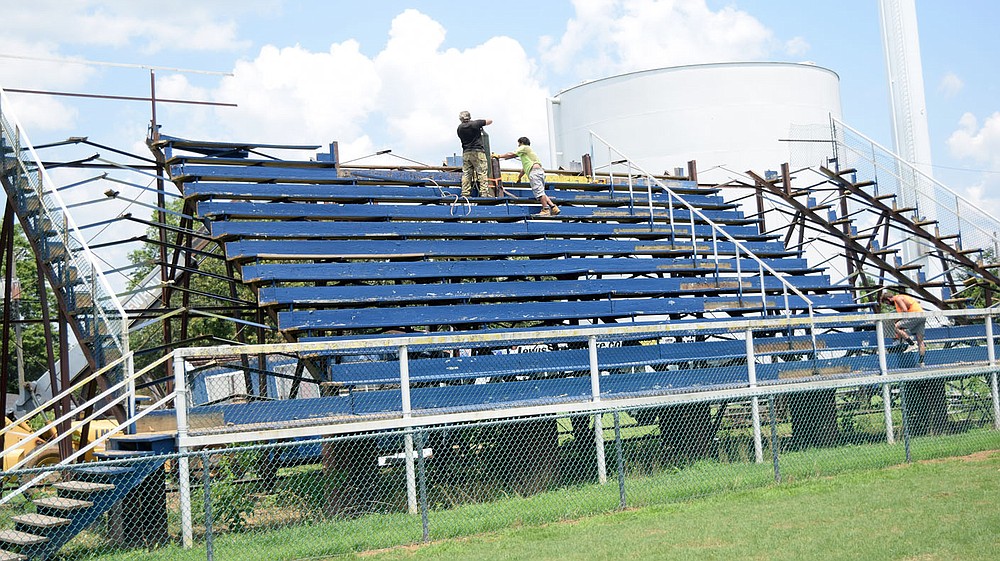 Westside Eagle Observer/MIKE ECKELS After removing the press box and two end sections of bleachers at Bulldog Stadium in Decatur July 7, workers turn their attention to the wood seats at the top. By Friday afternoon, the long standing Decatur landmark was taken down and transported off site. 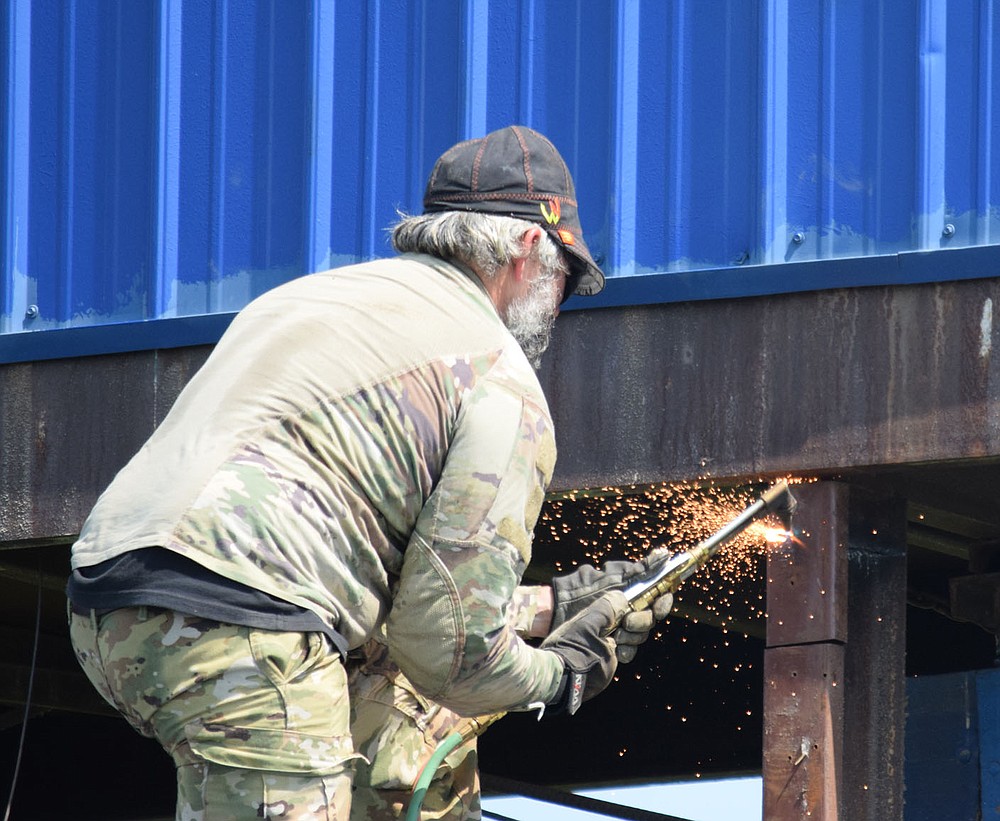 Westside Eagle Observer/MIKE ECKELS Armed with a cutting torch, a worker takes aim at a steel beam holding the old press box onto the top of the bleachers at Bulldog Stadium in Decatur July 7. The old wood and steel structure will give way to an aluminum set purchased from Farmington School District in late May. 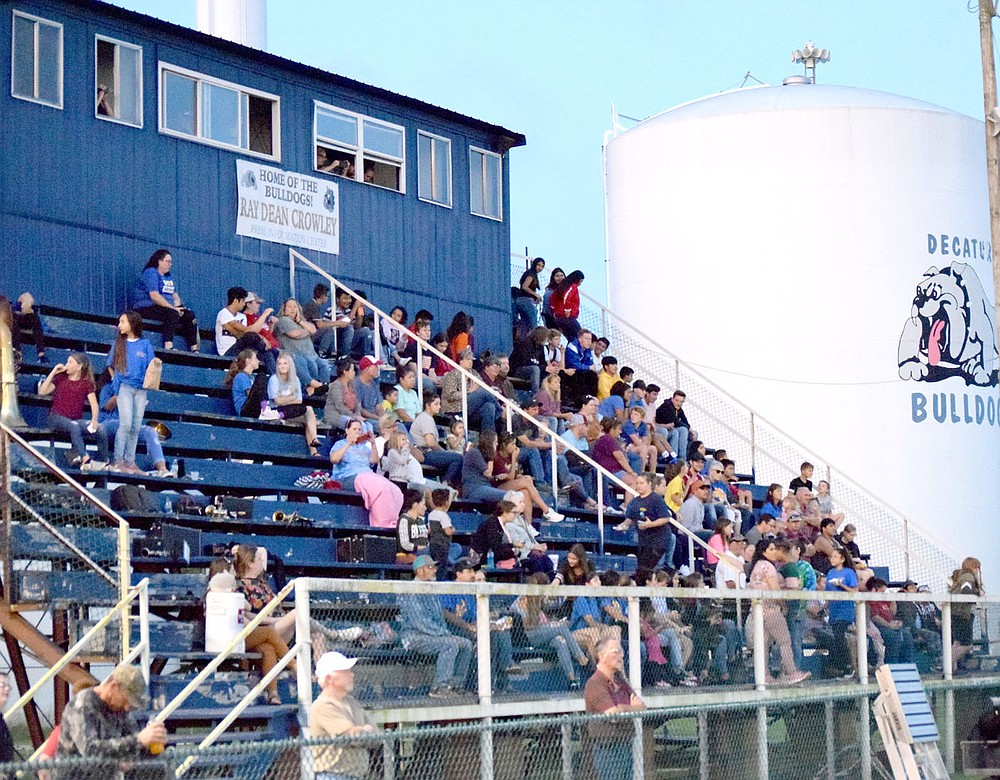 Westside Eagle Observer/MIKE ECKELS The bleachers at Bulldog Stadium in Decatur were filled with middle and high school band members and fans during the open game of the eight-man football season August 30, 2019. This Decatur landmark was disassembled July 9 to make way for a new set of aluminum bleachers. 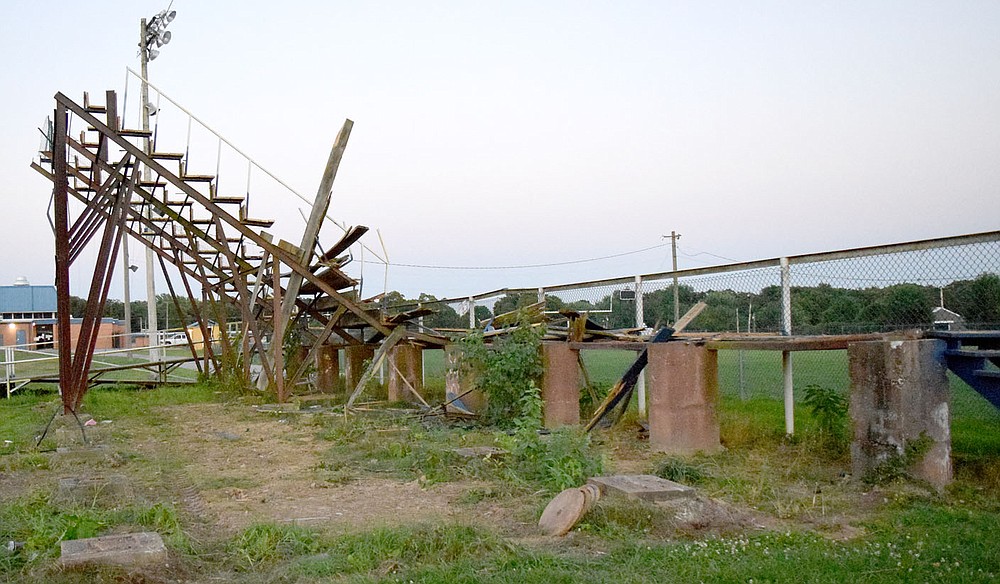 Westside Eagle Observer/MIKE ECKELS By late afternoon Thursday all but one section of seats and the walkway were the only part of the 31 year old Bulldog Stadium wood bleachers. The Decatur landmark was taken down to make way for a new set of bleachers purchased from the Farmington School District in May.

Print Headline: Out with the old and get ready for the new at Bulldog Stadium