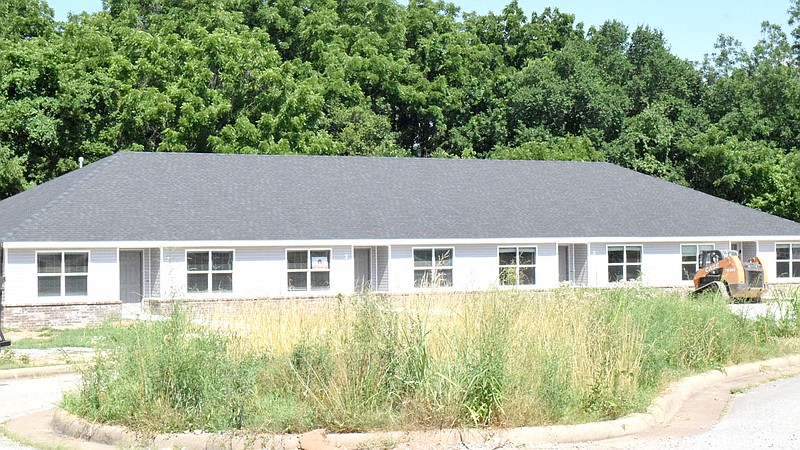 Westside Eagle Observer/MIKE ECKELS A new multiplex housing unit is nearing completion near Hidden Springs Drive in Decatur Thursday afternoon. This unit will house four families and is part of the recent housing boom in Decatur.

DECATUR -- With the closure of the Simmons plant, the city of Decatur faced a serious dilemma. The town either had to grow with new housing, businesses and city services or become a part of neighboring cities.

Simmons opened its new 300 million dollar plant with 1,500 workers and needed to find housing close by to accommodate their growing workforce. With the influx of these workers, Gentry and Decatur had a chance to grow and Gentry took full advantage of the opportunity. As for Decatur, some of the townspeople were reluctant to see their little town grow, and soon the housing market declined dramatically.

Since taking office in 2015, Mayor Bob Tharp took an active role in recruiting new business into Decatur. He managed to bring in Dollar General, which took over the vacated Neighborhood Market Express building, and Farmers Coop, which moved into the old Nichols Hatchery. But without any growth in the town, no new businesses were interested in moving into Decatur. It was simply too small to sustain any large-scale business. If Decatur was to exist, it needed to grow or become a part of Centerton to the east, Gravette to the north, or Gentry to the south over the course of the next 10 years.

When a new multi-unit apartment complex wanted to put four four-family units off Pool Street across from Old City Park in 2016, several townspeople voiced their opposition to not only these apartments but also the growth of Decatur in general.

Eventually, the Pool Street Apartment complex was completed and all the units were filled within a few months.

Then little by little, a few new houses began to spring up, starting with one just off Bredehoeft Road in eastern Decatur. Then three new houses on Peterson Avenue, one on Timberline Avenue, and three small houses on Buckner Avenue sprang up, resulting in a resurgence in the housing market for Decatur.

A major housing development was approved by the Decatur Planning Commission and city council in 2020 and soon an eight-building multiplex apartment complex began construction. The complex, located just south of the Grant Springs Apartment complex in western Decatur, offered 26 units to families of varying sizes. These will be ready to occupy in late July or early August.

There is a subdivision in the works on the west side of Decatur that will offer single-family dwellings as well as duplexes.

With the population of Decatur beginning to expand, more businesses will become interested and eventually move to Decatur. The Decatur school system's student population will also continue to grow. More people living in Decatur means more taxes, leading to better services for everybody.

From one man moving his family to Corner Springs in 1833 to a town that nearly died in 1951 to a thriving city in 2021, Decatur is on the fast track for a brighter future. And the small-town charm and hospitality of its people ensure its continuation, just as Lloyd Peterson and the civic leaders envisioned Decatur in 1953 when, together, they brought the town out of the darkness and back into the light. 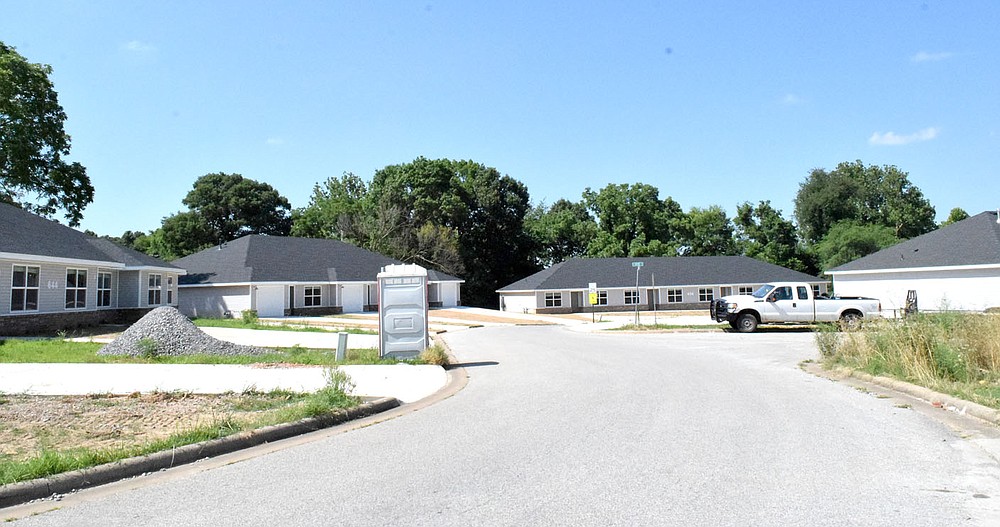 Westside Eagle Observer/MIKE ECKELS Four new multi-family apartment buildings on a new street off Hidden Springs Avenue in western Decatur near completion and soon will be available for occupancy. The 26 unit complex is part of the recent housing boom that started three years ago.