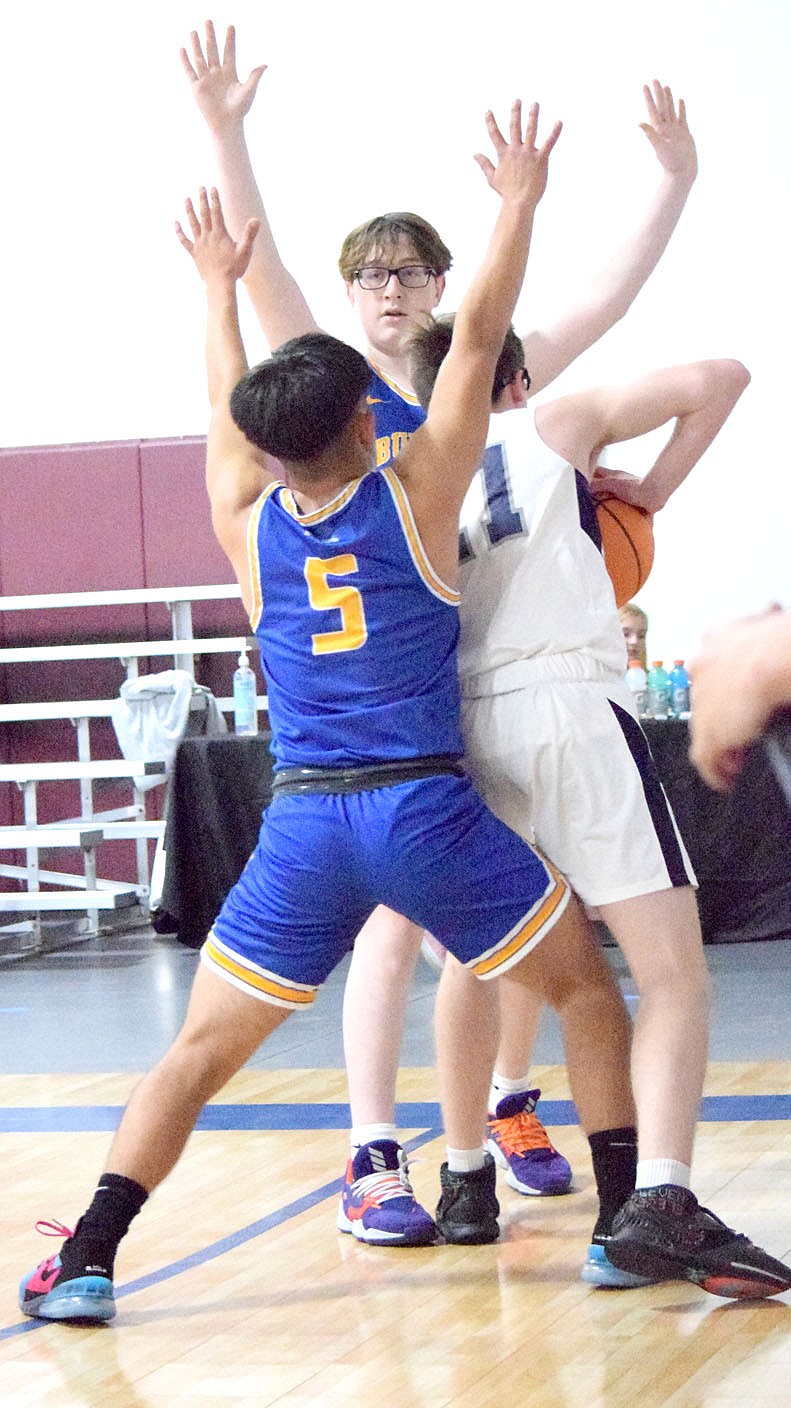 Westside Eagle Observer/MIKE ECKELS Christian Ramirez (Bulldog 5) and Ben Watkins (back) trap a Dane player in the right wing, preventing him from shooting the ball during the second quarter of the Decatur-Haas Hall-Rogers basketball contest in Bentonville Friday night. The trap resulted in a turnover for the Bulldogs.

BENTONVILLE -- The basketball contest literally came down to the wire Friday afternoon when the Decatur Bulldog varsity boys traveled to Bentonville to face the Haas Hall-Rogers Danes in the Northwest Arkansas Classical Academy Invitational basketball tournament. The contest was decided by a pair of free throws.

The contest got off to a slow start as neither team scored during the first two minutes of the first quarter. Fifteen seconds later, the Bulldogs put up a jumper for two points for the first lead of the contest.

At the 5:39 mark, the Danes were fouled by the Bulldogs, sending Haas Hall-Rogers to the free-throw line. The first shot missed but the second shot penetrated the net for the Danes' first point of the contest.

Shortly after the start of the second quarter, the Bulldogs built a 12-point lead over the Danes. By the end of the first half, Decatur continued to hold the lead by 12 -- 32-20 -- over Haas Hall-Rogers.

The Danes came out of the locker room with a different attitude and soon the Bulldogs watched the Danes whittle down the Decatur lead. By the last 30 seconds of the contest, Haas Hall-Rogers was within four points of Decatur. Fifteen seconds later the Danes took over the lead by a single point. The possession of the ball went to Decatur. Christian Ramirez brought the ball downcourt and at the one-second mark was fouled by a Dane player.

An eerie hush came over the Classical Academy gym as Ramirez walked to the line for two shots. He sank his first shot, tying the score. The game hinged on Ramirez's final shot. He dribbled a few times before putting up the shot. As it went through the net, the Bulldog bench and fans erupted into a thunderous ovation as the Danes tried for a long shot which bounced off the backboard and into the bleachers. The Decatur Bulldogs took their second win of the week, by one point, over the Haas Hall-Rogers Danes.

Now it is time for the Bulldog Invitational basketball tournament on Nov. 15, 18 and 20 in both Peterson Gym and Decatur Middle School gym. Go to decatursd.com for Bulldog and Lady Bulldogs game times. 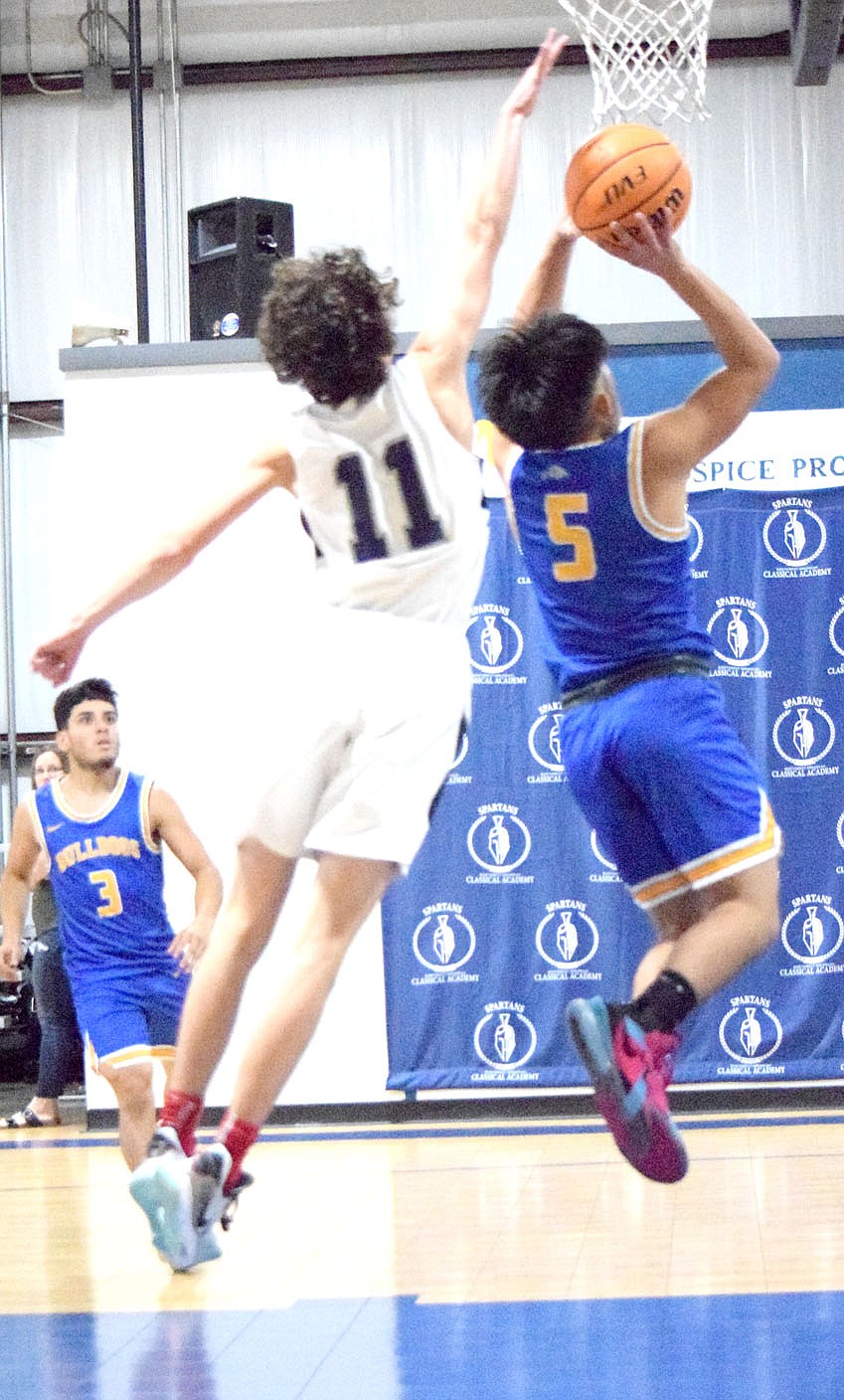 Westside Eagle Observer/MIKE ECKELS Bulldog captain Christian Ramirez (5) goes around a block and puts a jumper over the side of the net and in during the fourth quarter of the Decatur-Haas Hall-Rogers varsity basketball contest in Bentonville Friday night. The Bulldogs were down by one point with one second left when Ramirez was fouled. He hit both shots for the Bulldogs&#x27; second win of the season. 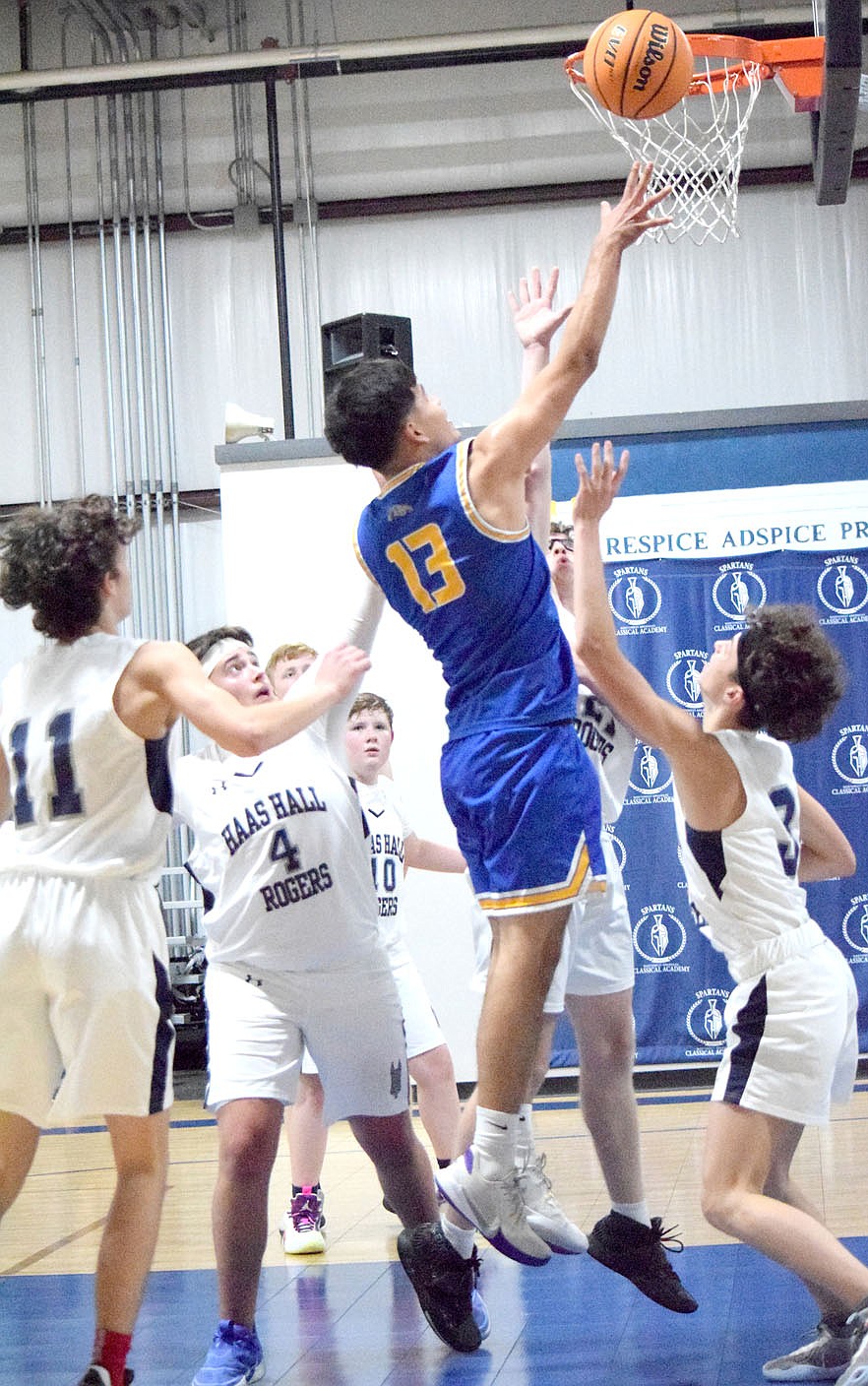 Westside Eagle Observer/MIKE ECKELS In the middle of a pack of Danes, lone Bulldog shooter Edgar Herrera (13) puts up a jumper from the right side of the lane during the third quarter of the Decatur-Haas Hall- Rogers basketball contest in the gym at NWA Classical Academy Friday night. The Bulldogs won their second game of the Northwest Arkansas Classical Tournament in Bentonville. 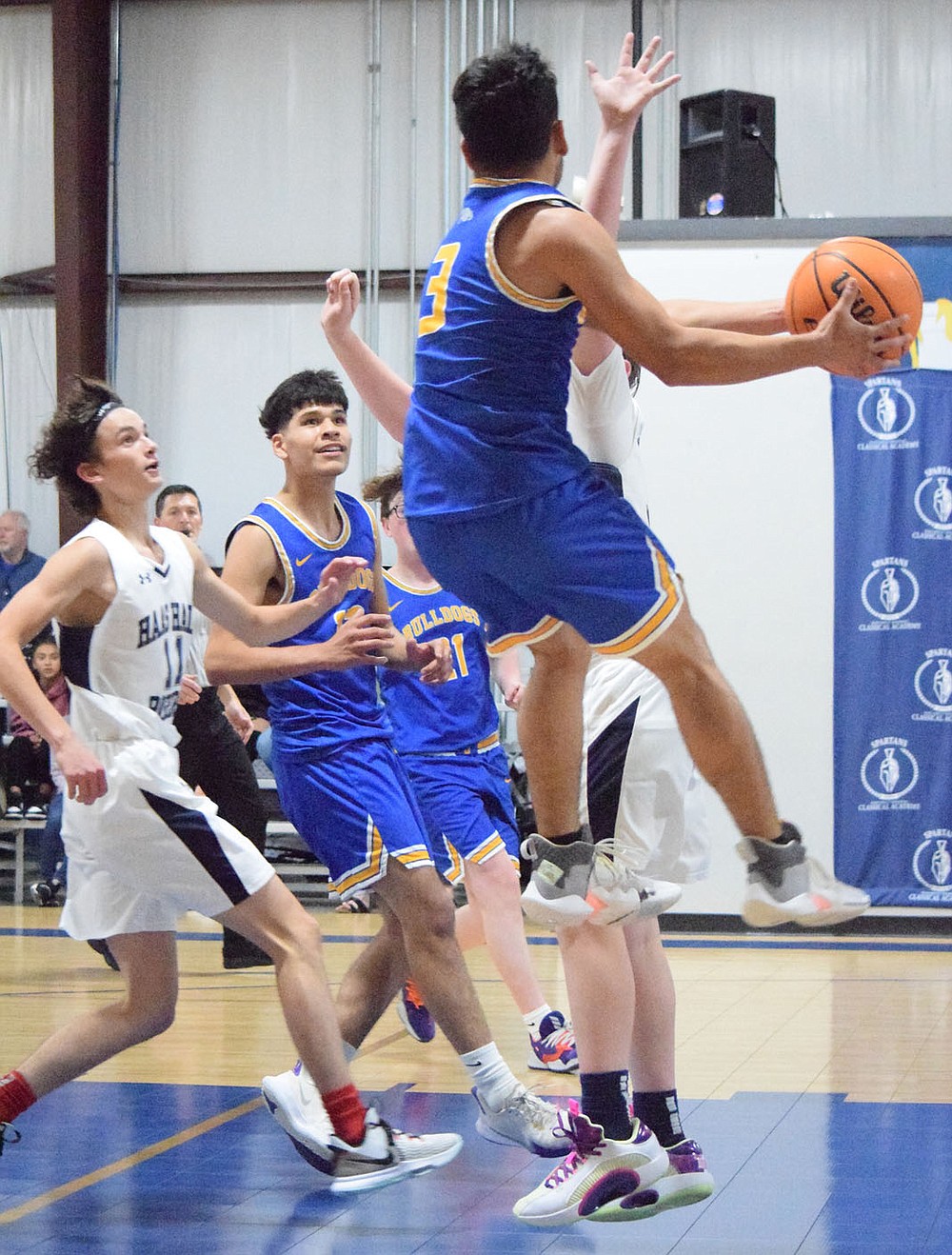 Westside Eagle Observer/MIKE ECKELS Andres Revolorio (Bulldog 3) goes high to get over a Dane defender in order to pass off to a team mate during the Friday afternoon Decatur-Haas Hall-Rogers basketball contest in Bentonville. The Bulldogs won the game in the last second of the contest for their second victory of the NWA Classical Invitational Tournament.
ADVERTISEMENT