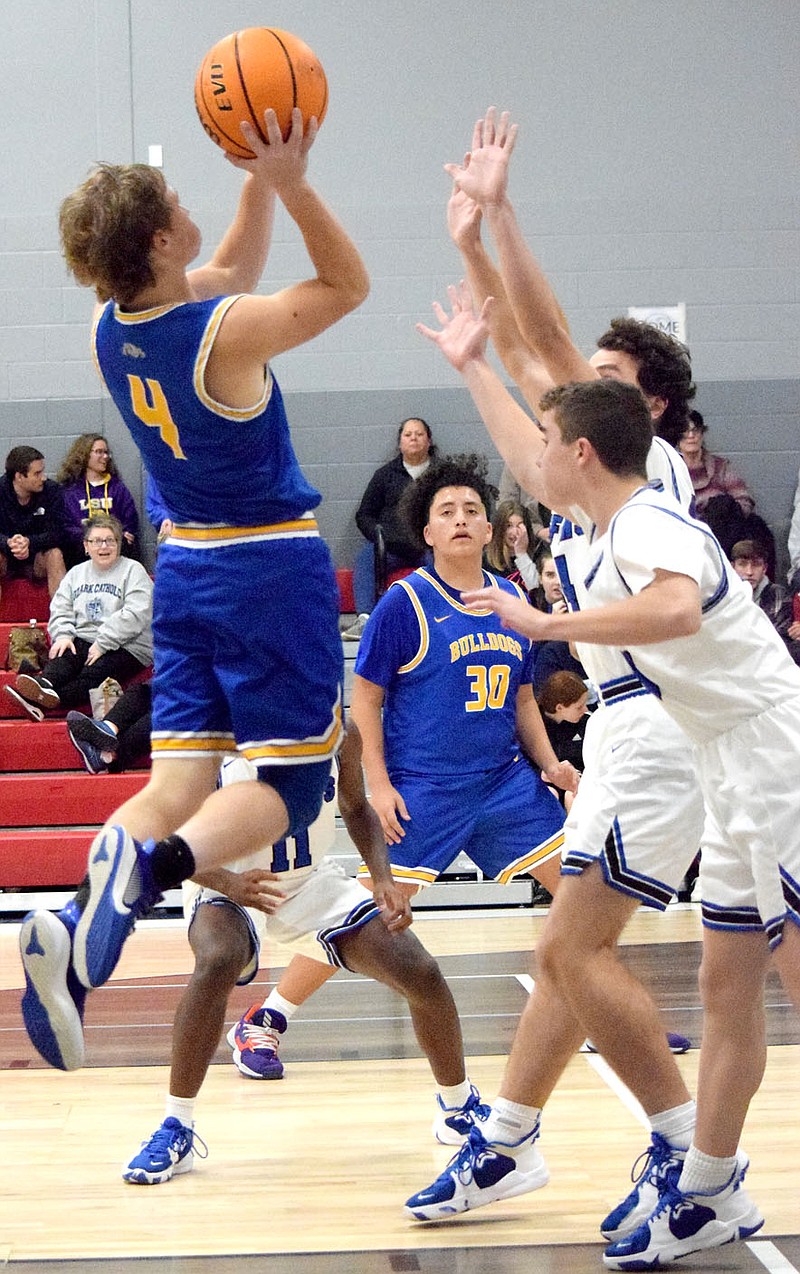 Westside Eagle Observer/MIKE ECKELS Landon Watson (Bulldogs 4) goes up high for a jumper late in the fourth quarter of the Ozark Catholic-Decatur varsity basketball game at the Arkansas Athletes Outreach gym in Rogers Nov. 22. Watson missed his shot and the rebound went to the Griffins who hit a field goal at the other end of the court.

ROGERS -- The Decatur Bulldogs made a 30-minute journey east Nov. 22 to square off with a familiar foe in a friendly rivalry with the Tontitown-based Ozark Catholic Academy Griffins at the Arkansas Athletes Outreach facility in Rogers. By the end of the 32-minute contest, the Griffins (a mythic half lion, half eagle creature) screeched past the Bulldogs to win by 31 points.

When Ozark Catholic began its sports program in 2018, Decatur became one of its first opponents. From that point, a friendly rivalry was born, thanks in large part to OCA's athletic director and head basketball coach, Cody Vaught, who is no stranger to the Decatur sports scene.

Vaught has a long-running basketball association with the Decatur Bulldogs, having coached at West Fork before taking the job at Ozark Catholic. His Tigers won two back-to-back Decatur Holiday Hoops tournament championships and were runner up to the Gravette Lions on a third. On Nov. 20, Vaught took his third championship in the new Decatur Invitational Basketball tournament with the Ozark Catholic boys' team.

Two minutes into the first quarter, the game was scoreless. Just under the six-minute mark, Andres Revolorio hit a foul shot and the Bulldog team had its first lead of the contest. On its next possession, a three-pointer by the Bulldogs extended their lead to 4-0. On the next play, the Griffins hit a two-point field goal for OCA's first points of the contest.

By the three-minute mark, Decatur maintained a 6-4 lead over OCA. The Bulldog lead was short-lived as the Griffins went on an eight-point scoring run in the later stages of the quarter to take control of the contest, leading the Bulldogs 12-6 going into the second quarter.

The Griffins held the Bulldogs to only 13 points for the next 16 minutes, taking a 40-19 lead into the fourth quarter.

The Bulldogs tried to keep up with the fast pace of the Griffins but OCA's strong defense, coupled with Decatur's inability to put the ball through the hoop, resulted in the Bulldogs only scoring seven points in the final quarter.

The Decatur Bulldogs hit six of 20 field goals, one of 11 three-pointers, and 13 of 27 from the free-throw line on the offensive side while the defense forced 18 turnovers, 15 rebounds, two assists and four steals.

Leading the scoring was Christian Ramirez with 11, followed by Devin Thor with four, Ben Watkins, JJ Herrera and Deegan Brooks each with three, and Andres Revolorio with two.

In an earlier game, the Griffins defeated the junior high Bulldogs, 41-14. 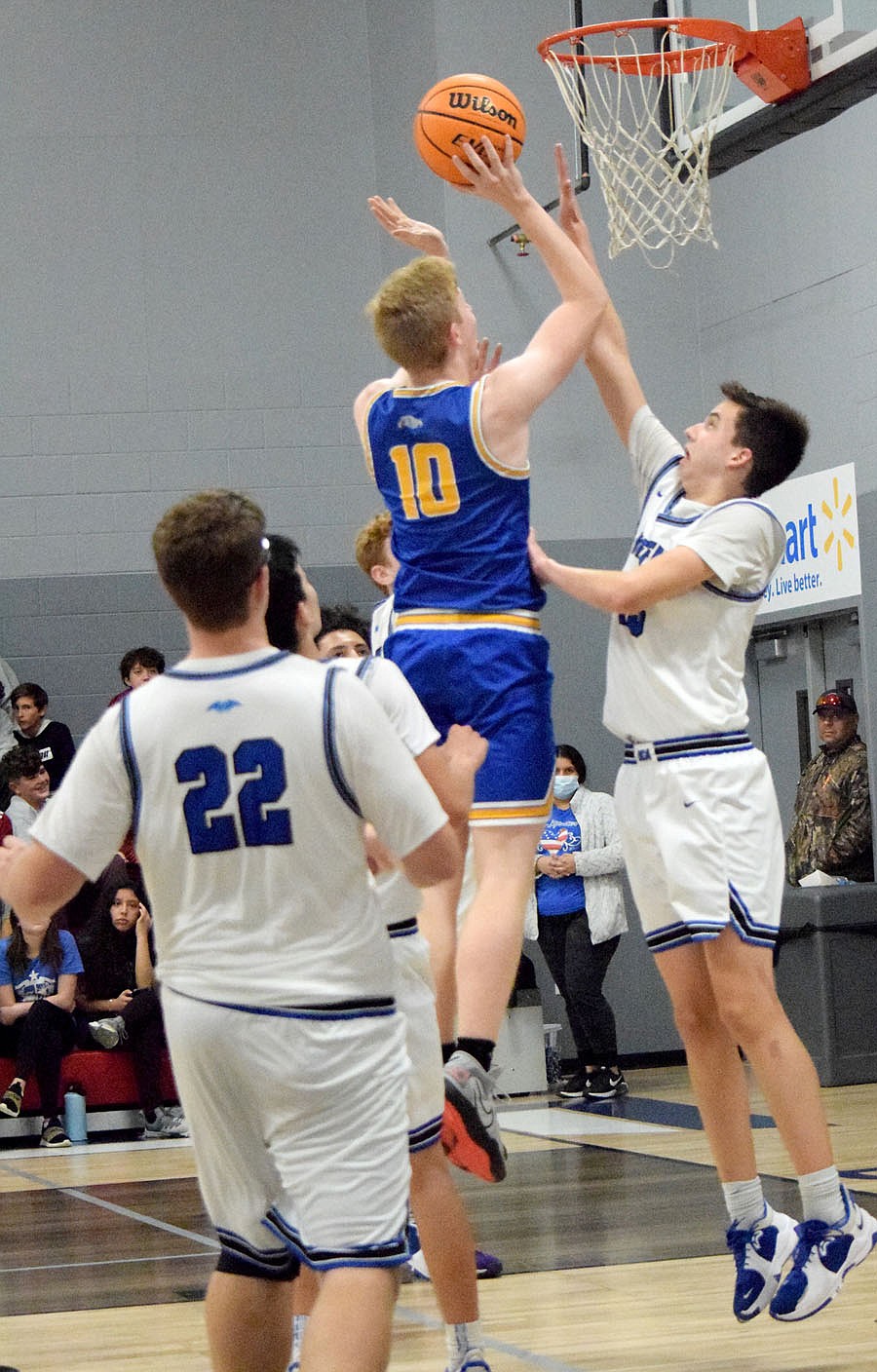 Westside Eagle Observer/MIKE ECKELS Deegan Brooks (Bulldogs 10) goes for a one handed layup late in the third quarter of the Ozark Catholic-Decatur boys basketball contest in Rogers Nov. 22. Brooks hit the two pointer but it would not be enough to ward off a Warrior win 56-28 over the Bulldogs. 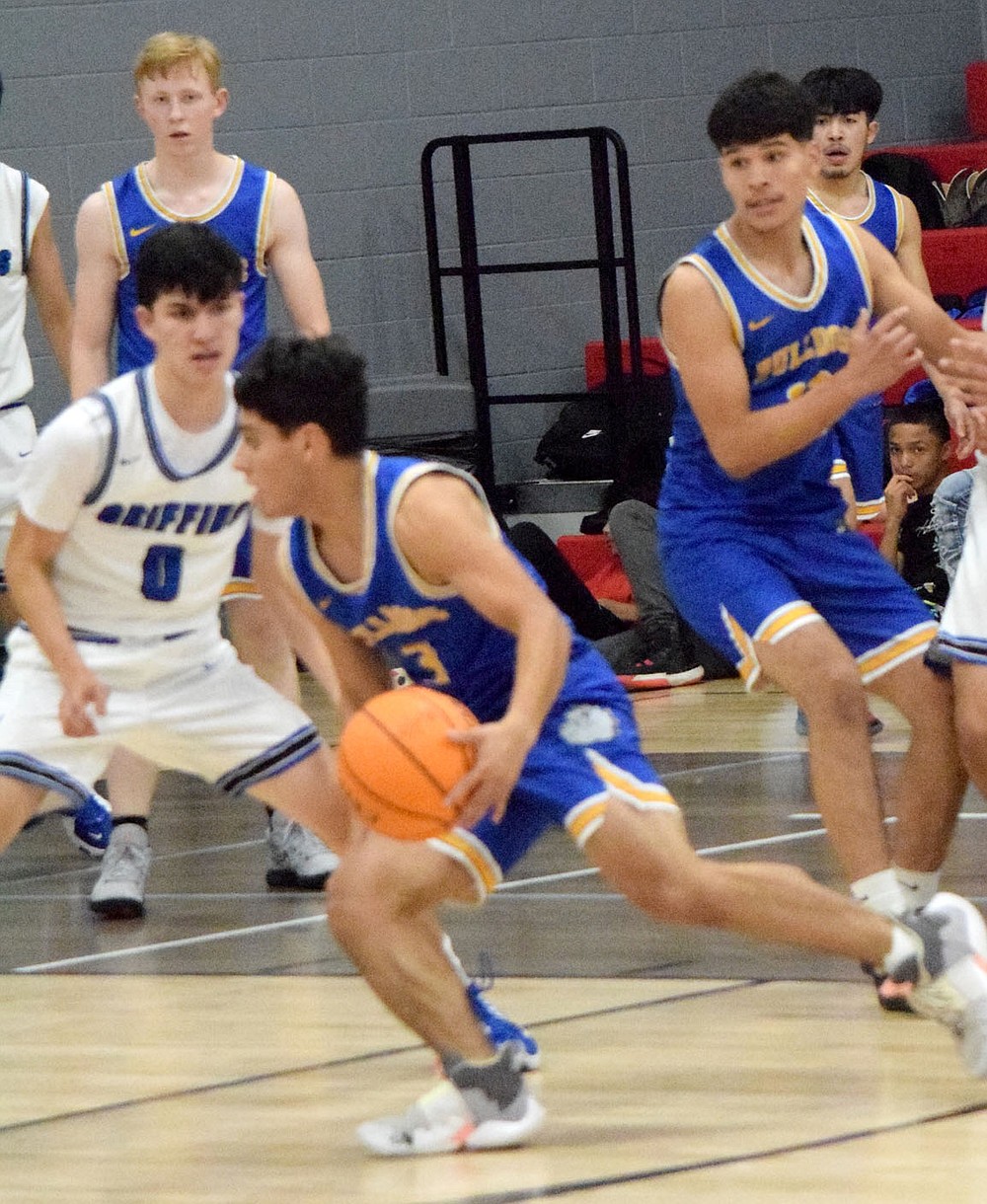 Westside Eagle Observer/MIKE ECKELS Bulldog Andres Revolorio (Decatur 3) drives around a Griffin player and on towards the basket during the Nov. 22 Ozark Catholic-Decatur basketball contest in Rogers. The Bulldogs hit a shooting slump during the second half which resultied in a lose to the Griffins 58-26. 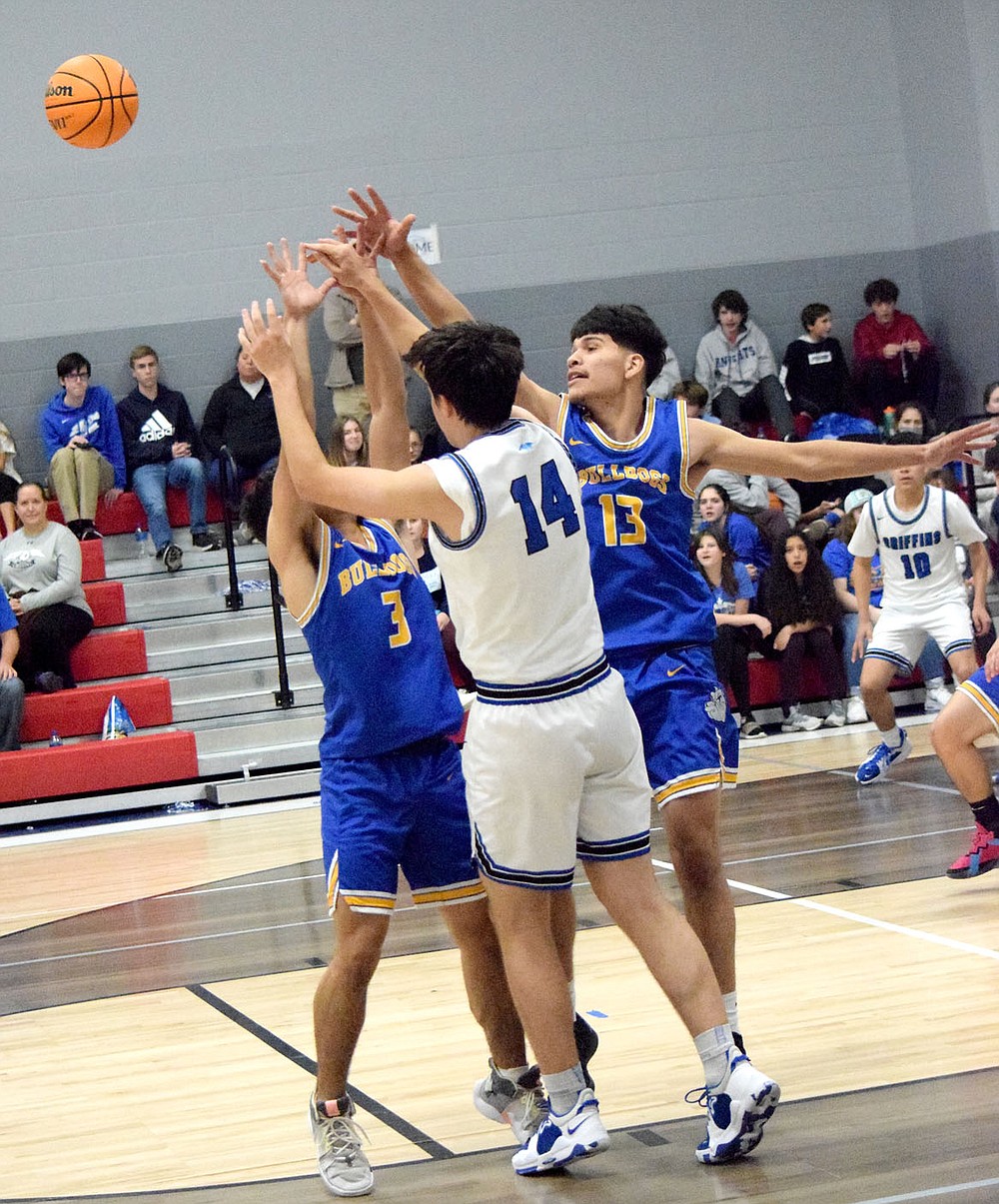 Westside Eagle Observer/MIKE ECKELS Working together, Bulldogs Andres Revolorio (3) and Edgar Herrera (13) force a Griffin shooter to pass the ball away from the basket during the second quarter of the Ozark Catholic-Decatur varsity game in Rogers Nov. 22. The Griffins took the win 58-26 over the Bulldogs in the Monday night contest.