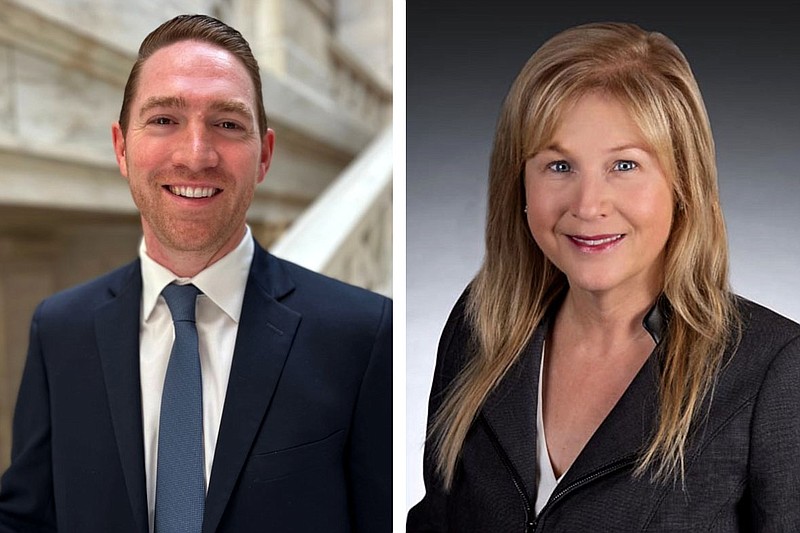 Tyler Dees and Gayla Hendren McKenzie will be on the runoff ballot on June 21. Both are seeking the Republican slot on the November ballot for the District 35 Arkansas Senate seat.

District 35 covers most of western Benton and northwestern Washington counties.

In a local House race, Hope Hendren Duke will face Jay Oliphant in the June 21 runoff election to be the Republican candidate for District 12 State Representative.

The June 21 winner is unopposed in the November election.

Roderick M. Grieve will retain his position as Benton County Assessor, as well as Circuit Clerk Brenda DeShields, who also will remain in her position.

County Treasurer Deanna Ratcliffe received 100 percent of the vote so she will remain in her position. Micheal Eugene James won the seat of county surveyor for Benton County. None will face a challenger in November.

Attorney General Leslie Rutledge received 183,126 votes or 54.03 percent of the vote for the lieutenant governor post.

Dustin Todd won the Republican slot on the November ballot for the local justice of the peace, beating challenger Jarod Morgan, 1,217 votes to 728. In November, he will face Democrat Rey Hernandez, who ran unopposed for the Democrat slot and received 165 votes.

In Gentry, Gary Dunlap will retain his Zone 1 seat, winning over Kellsey Eller, 141 votes to 100, but John Skaggs was defeated in the race for the Zone 3 seat by Becky Burkhalter, 109 votes to 99.

A measure permitting Sunday alcohol sales in Decatur passed, 60 votes to 39, in the May 24 special election.