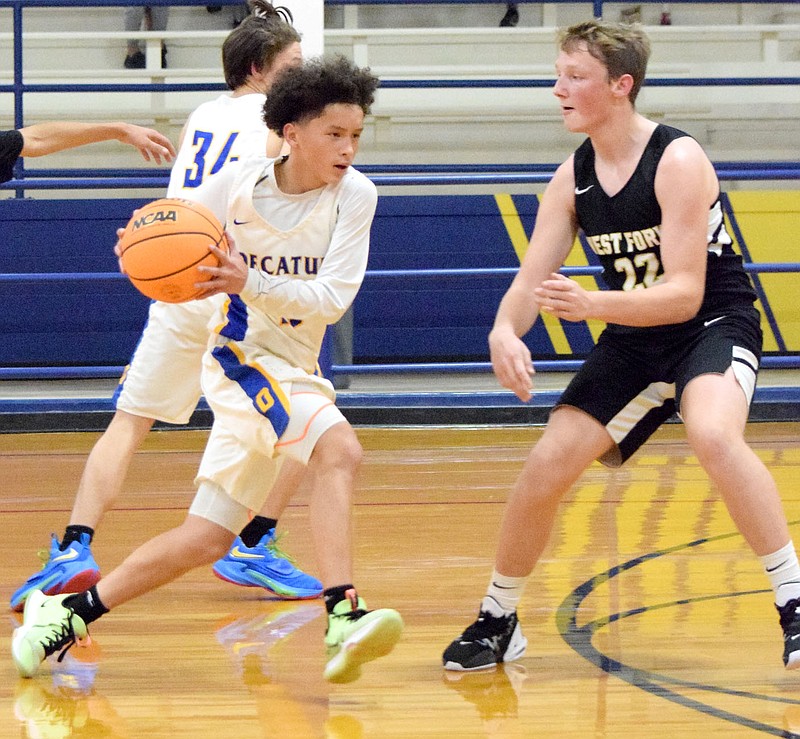 Westside Eagle Observer//MIKE ECKELS Bulldog Ricky Thor (left) makes his move around a Tiger defender on his way to the basket during the third quarter of the Decatur-West Fork junior high boys contest at Peterson-Owens Fieldhouse in Decatur Nov. 21. Thor was able to reach the basket, but his layup bounded off of the rim.

DECATUR -- It has been nearly four years since the Decatur Bulldog and West Fork Tiger junior high teams met on the basketball court. That changed when the Tigers made the hour-long trip to Decatur's Peterson-Owens Fieldhouse for a non-conference contest.

Unfortunately for Bulldog fans, the Tigers have won nearly all of the contests against Decatur since 2013, and this night would be no different.

Two hours before the game's scheduled start time, head coach Austin Frederking ran his junior high boy players through several game plan formations to make sure the team understood the concepts before releasing them to rest and set their minds on basketball.

In the first half, neither team shot particularly well, with the Bulldogs holding a slim lead going into the last minute of the half. West Fork powered back and, as the halftime buzzer sounded, tied the Bulldogs at 14 all.

The contest came down to the wire when Decatur watched its lead evaporate and the Tigers surge ahead by five. With 15 seconds left, the Bulldogs had enough time to get off a three-pointer, but it was not to be this night.

The junior high Bulldogs were to return to Peterson-Owens Fieldhouse on Nov. 28 to take on conference rival Haas Hall -- Bentonville following the junior high girls' contest at 4 p.m. 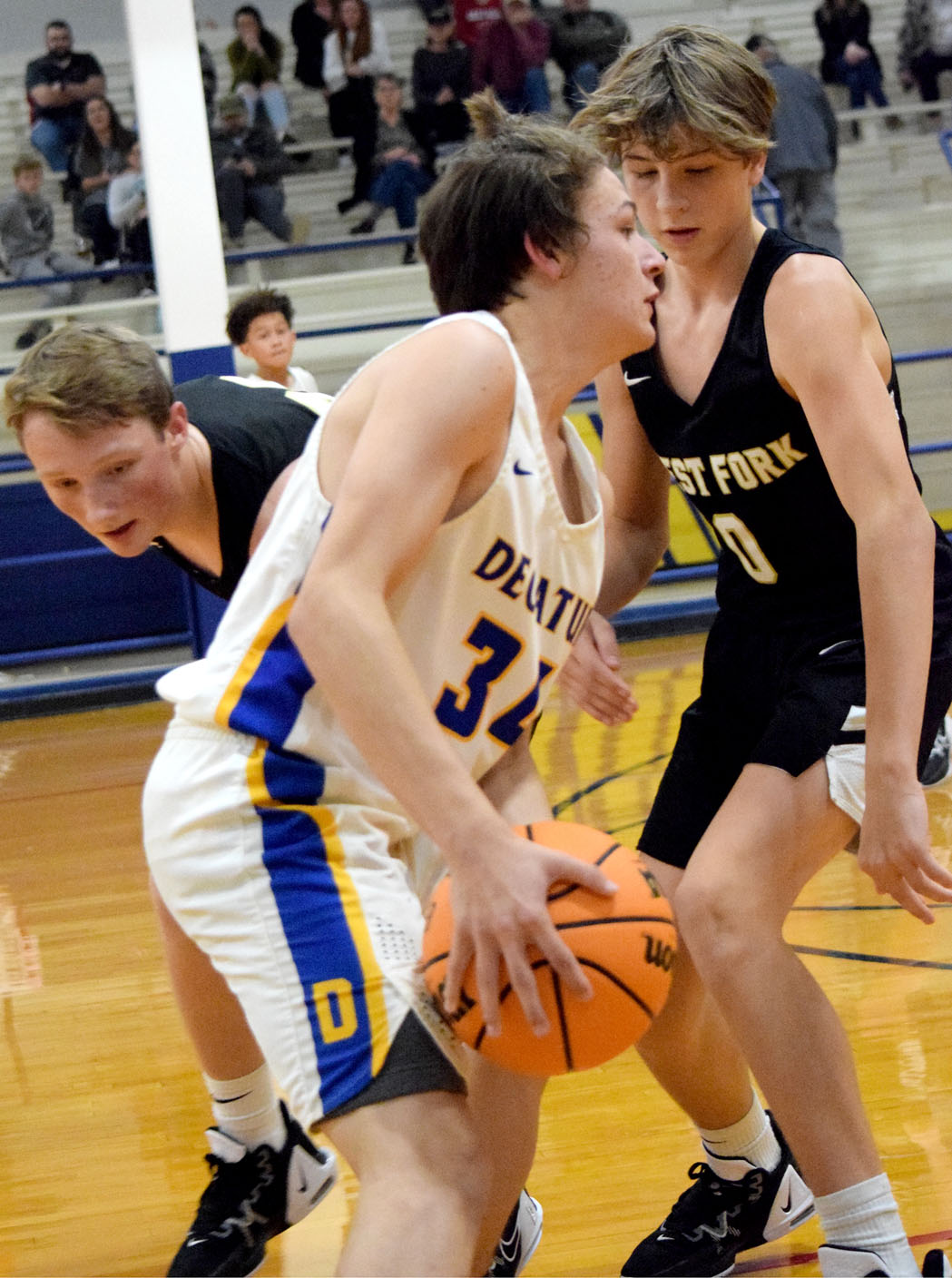 Westside Eagle Observer//MIKE ECKELS After a pair of Tiger defenders try to trap Bulldog Jason Bruffett near the sideline, Bruffett finds a way out and continues to advance on the basket during the Decatur-West Fork junior high boys basketball contest in Decatur Nov. 21. The Bulldogs lost to the Tigers, 32-29.